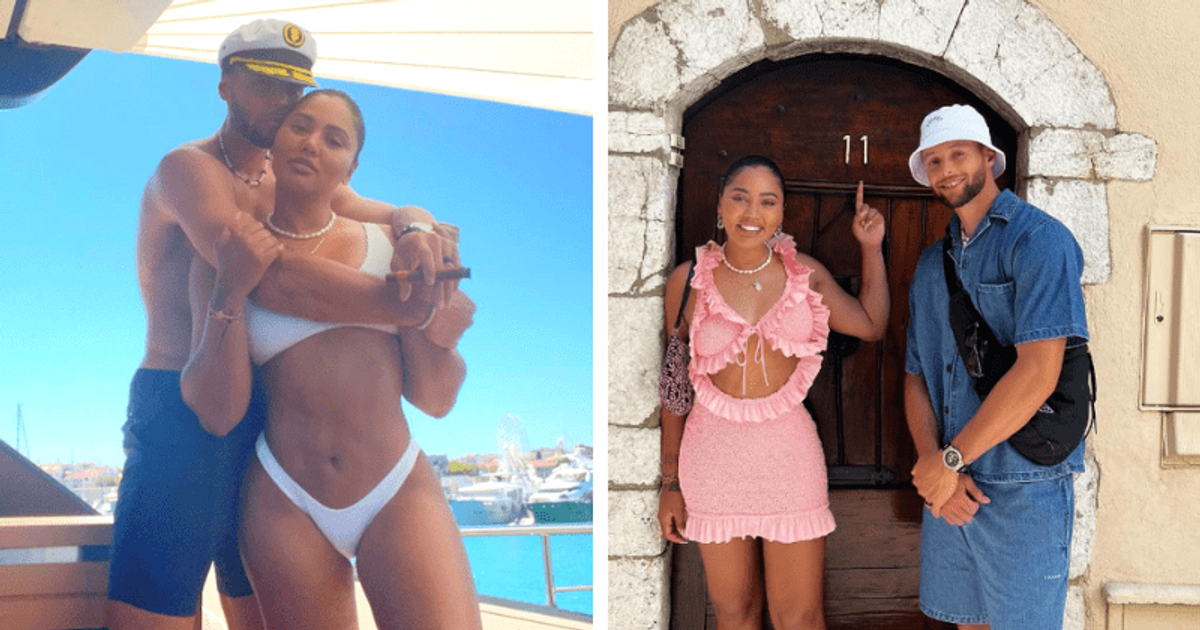 “It really flew by,” Ayesha Curry wrote as she wished her husband Stephen on her milestone

Stephen Curry and his wife Ayesha Curry recently celebrated their 11th wedding anniversary. Following the Golden State Warriors’ victory over the Boston Celtics in the 2022 NBA Finals, the Currys celebrated their milestone anniversary with what appeared to be a romantic getaway somewhere in France.

Stephen, 34, took to Instagram to congratulate his wife on their anniversary. “11. my ish! I love this journey with you more and more. Already blessed in so many ways and who knows what’s next. This is the best part! In comfortable outfits, the couple seems to be having a great time on vacation in an exotic location. While Ayesha donned a pink outfit with her hair neatly tied back, the NBA star wore denim shorts and shirt and a white hat.

Ayesha, who shares three young children with Stephen – daughters Riley, 10, Ryan, 7, and son Canon, 4, also expressed her admiration for Stephen on Instagram. “It really has flown by. Spending my life with my best friend, my love, my rock, my everything.”

“Every year just gets better! I am so grateful and feel so blessed. More than half to 20! That’s crazy!!! Okay…back to partying. Love you @stephencurry30,” Ayesha added.

From a time of fragile relationships, both Stephen and Ayesha appear only strengthened.

On and off the pitch, the Curry family celebrates all milestones together. The pair had recently celebrated Stephen’s first career Finals MVP award and his fourth NBA championship in eight years, reestablishing themselves as a dynasty. Also, the couple went to an ESPYs after-party for one night last week. Both Stephen and Ayesha had posted about it on their Instagram profiles.

Ayesha and Stephen first met in their teenage years and soon began dating. During an interview on The Tonight Show With Jimmy Fallon, the TV personality revealed her first impressions of the NBA star. “I was maybe 14 years old when we first met and I just remember thinking he was so cute,” she said.

Stephen also shared his first impressions of his wife. “I mean, I knew she was beautiful. We were both shy, so we didn’t really know how to talk and approach each other,” he said. Before the two celebrities started dating, the chef star, who is Canadian by birth, sent him candy from Canada. “She’s been the candy plug for a long time,” added Steph.