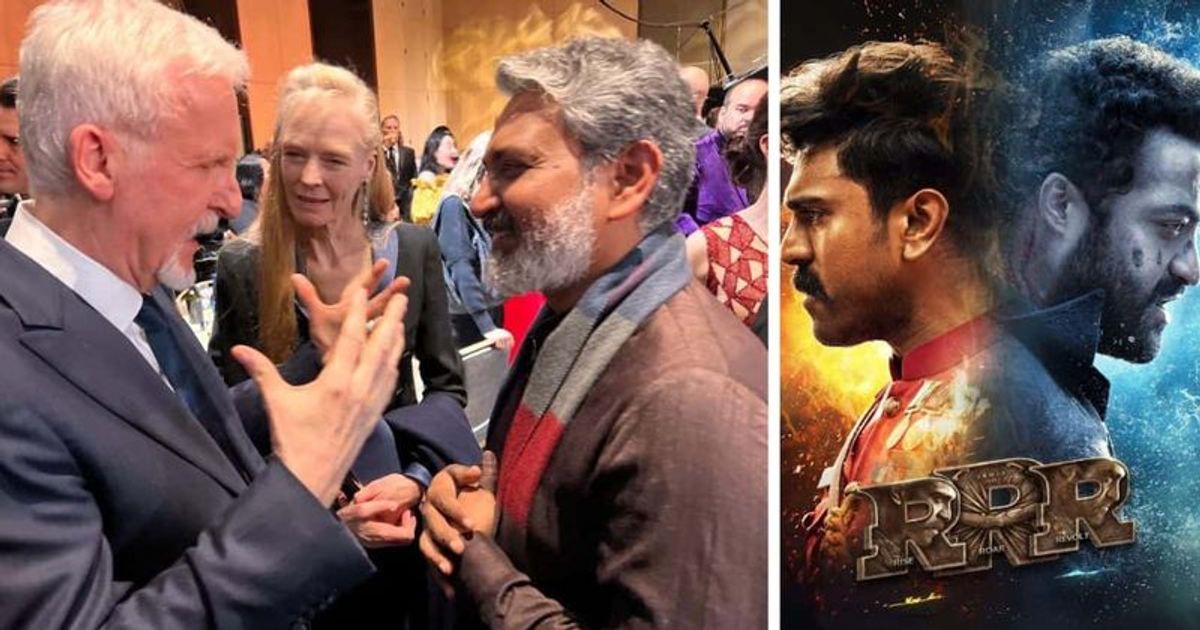 LOS ANGELES, CALIFORNIA: At the recent Critics’ Choice Awards, RRR director SS Rajamouli sat down with ‘Avatar’ director James Cameron. A brief glimpse of that conversation was seen on social media, as Rajamouli posted a couple of adorable pictures on his Twitter handle that soon went viral.

Set in pre-independence India, “RRR”, one of the most famous films of recent times, follows the story of two revolutionaries and their fight for their country.

The official Twitter page of RRR movie has now released the expanded edition of the conversation that took place between Rajamouli and Cameron. This 3:23 second video gives us a full look at what happened during the conversation between these two legendary directors.

Both directors shared a love for each other’s work and James Cameron expressed his love for “RRR” by sharing all the things he loved about the film. He said he liked the decor, the fire, the friendship and the history. He also praised the reveal and backstory, noting the film’s leisurely build. Rajamouli thanked him by saying his words were more than an honor for him, adding that he was surprised that Cameron had seen and analyzed the film.

Suzie Amis Cameron then chimed in, adding that her husband had seen the film twice. She said Cameron saw the film alone at first and then persuaded her to watch it, pointing out the big revelations and twists without directly spoiling the plot.

The conversation then moved to the number of days of filming, with Rajamouli revealing that it took 320 days. He then went on to commend the film’s music composer, MM Keeravani, for the amazing music that builds on the film’s themes in a different way. Cameron noted that there were moments in the film that made him stand up.

Cameron later said he could only imagine what it must have been like to see the film as an Indian. And finally, Cameron told Rajamouli that if he ever wanted to make a movie in Hollywood, he was open to a conversation.

“And one thing, if you ever want to do a movie over here, let’s talk,” he said.

“RRR” is now available to stream on Netflix.