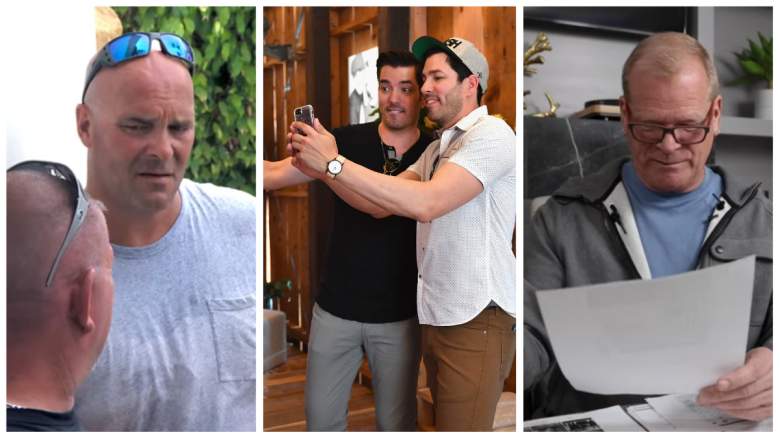 Despite years of trying to be imposters on the run, several HGTV hosts are expressing frustration that their fans continue to be targeted with increasingly compelling and calculated hoaxes. The safety of the victims was endangered and they lost huge sums of money.

The scammers often target fans online by posing as hosts such as Drew and Jonathan Scott, Mike Holmes and Bryan Baeumler, or by pretending to be casting agents for their shows.

General contractor and longtime HGTV host Mike Holmes is so fed up with scammers using his likeness that he dedicated his July 14 podcast, Holmes On Homes, to the topic. He said he spent thousands of dollars in legal fees to suppress fake Facebook ads featuring his photos and logo so fans would think he was selling their products.

“I’m filming 12 months a year,” he said. “I’m not into those things. I want to help people, I want to educate people. I’m tired of seeing things like that.”

In 2019, Holmes wrote a blog post about his frustration after hearing from countless fans who fell for fake ads and articles that made it appear that he endorsed male enhancement supplements or erectile dysfunction drugs. Months later, a BuzzFeed investigation uncovered a company called Ads Inc. that had scammed consumers out of millions of dollars through fake ads featuring trusted celebrities like Holmes.

BuzzFeed reported that with most scams, people signed up for a “free trial” and submitted their credit card information to pay a small “shipping fee,” only to later find out they had signed up for an expensive monthly subscription, which is almost impossible to do cancel. The report revealed that Ads Inc. spent over $50 million on Facebook ads with fake celebrity endorsements to lure people in, making it one of the largest “free trial” scams ever uncovered.

Holmes and others hoped the scams would end when Ads Inc. shut down and Facebook announced new strategies to combat fake ads. But on his podcast, Holmes revealed that other scam operations are still outsmarting social media platforms and authorities.

Annoyed, he asked, “Instead of spending thousands of dollars on lawyers, what does it take?” How come they don’t go to jail? This is the largest money scam in the United States.”

“Renovation Island” presenter Bryan Baeumler has also been struggling with similar campaigns for years. In 2020, he alerted his social media fans to fake ads and articles, and shared images of some that were circulating. He wrote, “They are fake clickbait and have nothing to do with me.”

But fans continue to turn to scams they believe he is behind. 2021, as a fan tweeted that he would no longer trust Baeumler “after he was tricked into your sponsored CBD oil sales pitch,” the host replied, “Well… tYou are using my photo without permission, it has nothing to do with me. We have posted multiple times to warn people about this scam.”

On July 20, 2022 a fan new pics tweeted to Baeumler over a scam that claims it is now promoting a “secret” crypto investment that could make people millionaires virtually overnight. Baeumler replied that it was “fake, fake, FAKE.”

In response, another fan tweeted, “When will the BS scam stop???”

Baumler answered“When people stop being so gullible. We close one, 2 more appear. People need to do their due diligence!”

Hosts and production companies are also warning of another scam targeting fans hoping to appear on an HGTV show or have their favorite hosts remodel their homes. Impersonating casting agents, they say, scammers try to convince people to sign contracts and pay large down payments for renovations and show appearances that will never actually happen.

These hoaxes started popping up a few years ago. For example, in 2017, Lisa Hartman told ABC13 that she and her husband were almost tricked into working with someone who claimed to work for one of Jonathan and Drew Scott’s HGTV shows.

Lisa was a big fan of the “Property Brothers” and had posted on her Facebook page that she would love it if they came to Colorado to update her home. About a week later, she said, she received a message from a so-called producer, who came up with an official-looking contract with logos for HGTV and the show.

“When I first saw the news, I was very, very excited,” she told the TV network. Upon closer inspection, however, the couple noticed spelling mistakes and were nervous about the amount of money they had to pay up front. They realized it was a hoax before losing money, but Hartman said she was heartbroken that they wouldn’t be appearing on HGTV.

The Scotts have tried many times to warn viewers that these casting scams are on the rise; In 2020 they published a detailed message about it on their website. But the scams continue for them and other hosts.

On his July 14 podcast, Holmes shared details of a brand new hoax that had just been brought to his attention. He read a printout about a man posing as a “campaign manager for HGTV” telling consumers he was looking for homeowners to appear on HGTV shows. The document contained his bio, including fake education and roles he never actually held on the network.

“They’re trying to audition and pretend to be working with my company,” Holmes said, adding that the man claimed the show’s hosts are renovating kitchens for $150,000, with a $50,000 deposit required upfront .

“Sure, some people have replied and sent them money,” he said, clearly frustrated.

His daughter Sherry has shared emails her company recently received from others involved in similar casting scams. One person said they sent over 40 photos of their belongings and children before becoming suspicious of the person who claimed to be one of Holmes’ producers.

Holmes has vowed to continue fighting scammers by telling fans how to spot and avoid them, but he wants social media companies and law enforcement to do a better job of tracking down scammers.

“What I want to see is people going to jail,” he said.

What is the NHS dentist shortage and why is it happening?

What is the NHS dentist shortage and why is it happening?