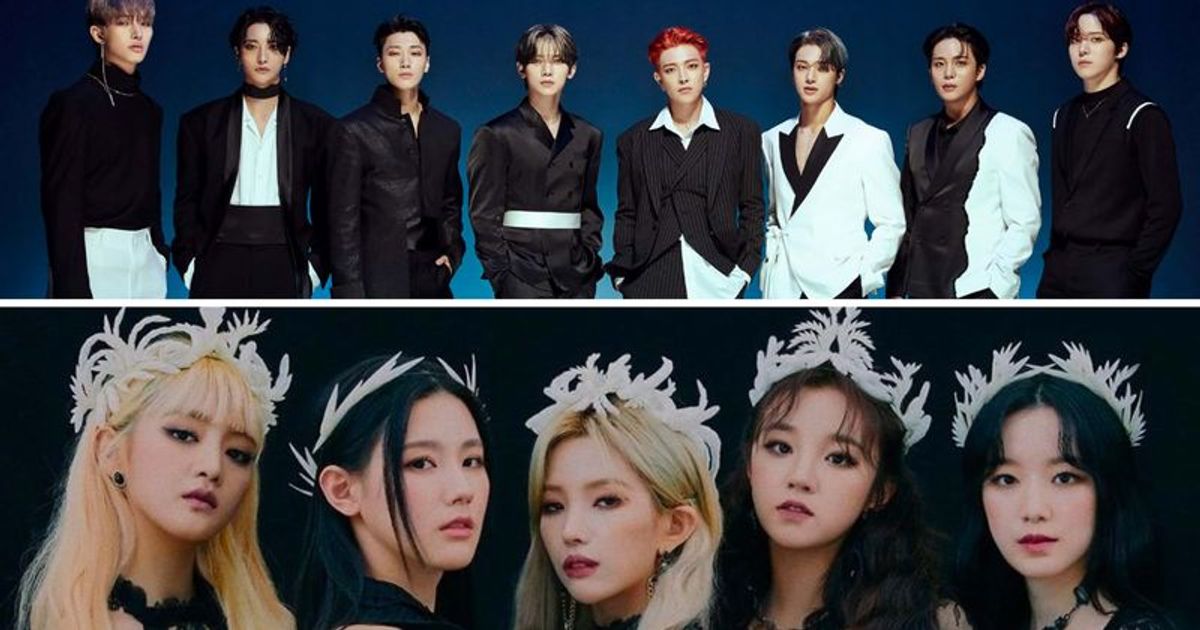 The fan war between (G)I-DLE and Ateez has been going on for a while as fans of both fourth generation groups have clashed on multiple occasions. It all started when the girl group’s in-house producer and leader, Soyeon, was accused by Ateez fans of plagiarizing a popular boy band song. Back in March 2022, (G)I-DLE’s Soyeon produced a song for survival show My Teenage Girl, where she was one of the show’s judges. A unit from a girl group performed an “original” single, “Sun,” produced by Soyeon, who claimed the song was one of their originals.

Fans immediately pointed out that Soyeon had apparently copied Ateez’s famous 2019 single “Wave.” Fans of the boy band began shouting out the Soyeon for the incident, after which she apologized to fans for causing the controversy, but didn’t actually apologize to Ateez or credit her producer Edenery with the plagiarized song. Now, months later, the two fandoms still seem unable to make amends, as Neverlands (fans of (G)I-DLE) were caught joking about Ateez and Jongho’s 2020 car accident as joke used to bring the boy band down.

On May 30, a Neverland took to Twitter in response to a now-deleted tweet from an Ateez fan. An Atiny’s original tweet belittled the girl group’s success when they said, “6 million monthly Spotify listeners but 2.5k venues? what in the bots.” Neverlands defended the girl group by stating that the girl group’s debut was a hit. An Atiny made a questionable comment about former (G)I-DLE member Soojin being kicked out of the girls’ group in 2021 over her bullying scandal at school. The Atiny said, “They debuted a hit.” The only hit they debuted with is Soojin, the people hitter.” Shortly after the tweet surfaced, a (G)I-DLE fan attacked the boy band’s fandom , using Ateez maknae Jongho’s 2020 car accident as a joke.

The (G)I-DLE fan said, “Ateez’s only hit was that Jongho’s car accident became real.” Back in February 2020, the Ateez singer and maknae was injured in a car accident and injured his leg at the time. Ateez fans are calling out fans of the girl group, who are making ableistic comments about the accident, using an accident as the target of their hate comments against fandom. Not only that, Ateez fans claim that Neverlands jokes about Ateez Mingi’s anxiety and mental health issues. It has also been alleged that Neverlands wished Ateez members dead on several occasions, including when members were diagnosed with Covid-19.

As both fandoms clash and (G)I-DLE fans seem to have taken it way too far with comments about mental health issues and the use of videos of wheelchair users to pull Atinys. Many Neverlands are asking the OP (Original Poster) to delete their tweet as it draws more negative attention to the girl group. An Atiny said: “Some people don’t know the context of the #gidledisband tag as you all said the grp didn’t do anything. so did ateez. What did they do to get ableist comments, poking fun at the car crash, threats and shit, and when we trend a hashtag are we crossing the line?” One Ateez fan said, “It’s honestly funny eh People from this fandom claim not to have done what we say they did, but at the same time they will clearly insult our posts. Does the shoe fit or not?”

One Atiny proclaimed Neverland, saying: “Trending #gidledisband is toxic, but making fun of someone who’s been in a car accident and making outlandish comments isn’t it?” Another Atiny added, “You’re already deleting tweets /searches and try to play the victims but don’t forget that they started this “fw” not once but twice and then kept saying such horrible things. don’t be surprised if we defend our loved ones after you guys have done all this.” An Atiny said, “That’s what you get for talking about Ateez, making fun of their sanity, serving and wishing them dead. #gidledisband is the least hurtful thing atinys could do. but it is very deserved. I smiled. You better keep Ateez out of your mouth next time.” One fan said, “Neverlands giggle about car crashes. Personally, I don’t care what Atinys do with that tag.”