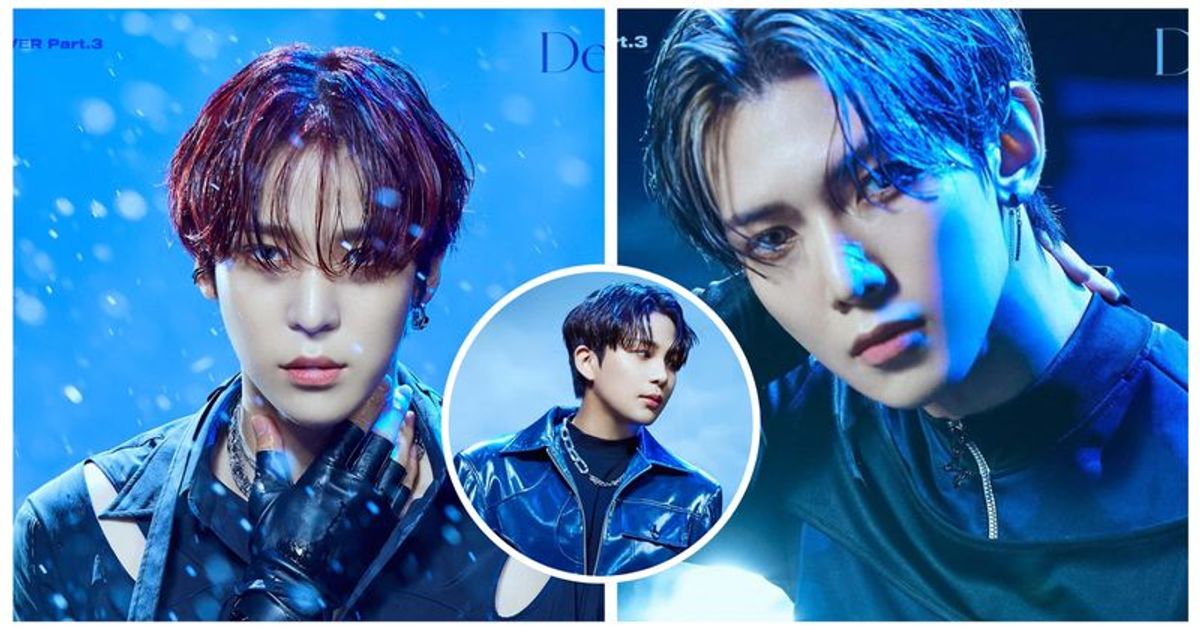 Ateez’s lead dancer, Yunho, joined the group’s visual yeosang as the special host for “The Show” on October 12th as Maknae Jongho celebrated his 22nd birthday

Atinys have more and more reasons to celebrate October 12th. The first and foremost reason is the birthday of the youngest member of the group, Jongho. Turning 22nd today, Jongho at Ateez has received a lot of love from fans around the world since the most recent loss of his family, trying to make the day special for their idols.

Jongho, dubbed the group’s “teddy bear”, met fans on a special VLive livestream to greet fans who were celebrating his special day with him. Members San, Wooyoung and the leader of Ateez congratulated their Maknae on his birthday by tweeting photos with Jongho.

Aside from Jongho’s birthday, another special reason for fans to be excited on October 12th – Ateez members appear on the SBS music show, The Show. Yeosang is the current MC of the music show, which airs every Tuesday at 6:00 p.m. KST (5:00 a.m. ET) and is accompanied by co-hosts Kim Yohan from WEi and Jihan from Weekly.

Early on October 12th, SBS media announced that member Yunho would join Ateez’s Yeosang as a special host for the show. This was another way for fans to witness their compatibility as members of the same group. Ateez, who made their comeback with ‘Zero Fever: Part 3’, appeared on ‘The Show’ for the second part of their comeback, this time with their second theme song, ‘Eternal Sunshine’, after they last played the ‘Deja Vu’ era in September 29.

In order to appeal to fans and members of various groups, ‘The Show’ has introduced a new segment in their programs in which idols play certain games. The first is called ‘Sweet Ending Draw’, a new corner where idols will play a game that has now conquered the world after the success of the K-drama ‘Squid Game’. First the famous “Dalgona Game” is played. Another show segment is called “Uncommon Engie”, in which an MC speaks to members of different groups to ask them about their “end fairy” move.

An “Endefee” is a nickname given to members of a group who receive close-ups at the end of their performance. This has now attracted a lot of attention as members try something unique with each new “end fairy” gimmick. SBS’s broadcast ‘The Show’ included artists such as AB6IX, Ateez, Cravity, NIK, Woodz, Golden Child, Mirae. Boys, Ciipher, N.Flying, Jo Yuri, Hot Issue and more. The program was broadcast live on SBS MTV as well as on SBS FiL channels. The performances were published on the SBS YouTube channel after they were broadcast.

According to fan discussions on Twitter, October 12th was a win for the boys as all of this is for the benefit of their beloved group. The likelihood of Yunho becoming an MC with Yeosang on Jongho’s birthday when the group performed on stage was very unlikely, but now it has happened. As a result, fans wanted Ateez to win an award for “Eternal Sunshine” before it aired as well.

One fan said, “I’ll cry a river if Ateez doesn’t win today. I’ll cry a river again when they win. Either way, am I crying CUS WDYM YUNHO YEOSANG MC AND JONGHO THE BIRTHDAY BOY? The universe is so nice to us today that it better give us a win too. “Another fan said:” Eternal Sunshine is won first and Mc Yunho and Mc Yeosang present this trophy to Ateez on Jongho’s birthday. “

A fan said, “MC YUNHO MC YEOSANG JONGHO BIRTHDAY LET’S WIN FIRST AT THE ETERNAL SUNSHINE SHOW.” Another fan said, “Yall, we’d better win them to see Mc Yunho and Yeosang Ateez give the trophy on Jongho’s birthday, please.” Another fan claimed: “Today all starts are coordinated, eternal sunshine brings his first victory on Jongho’s birthday ft. Mc yeosang and mc yunho, there is no other way, no other way.”