Astroworld: who is Ezra Blount’s father? The 9-year-old boy from Dallas dies after being trampled on 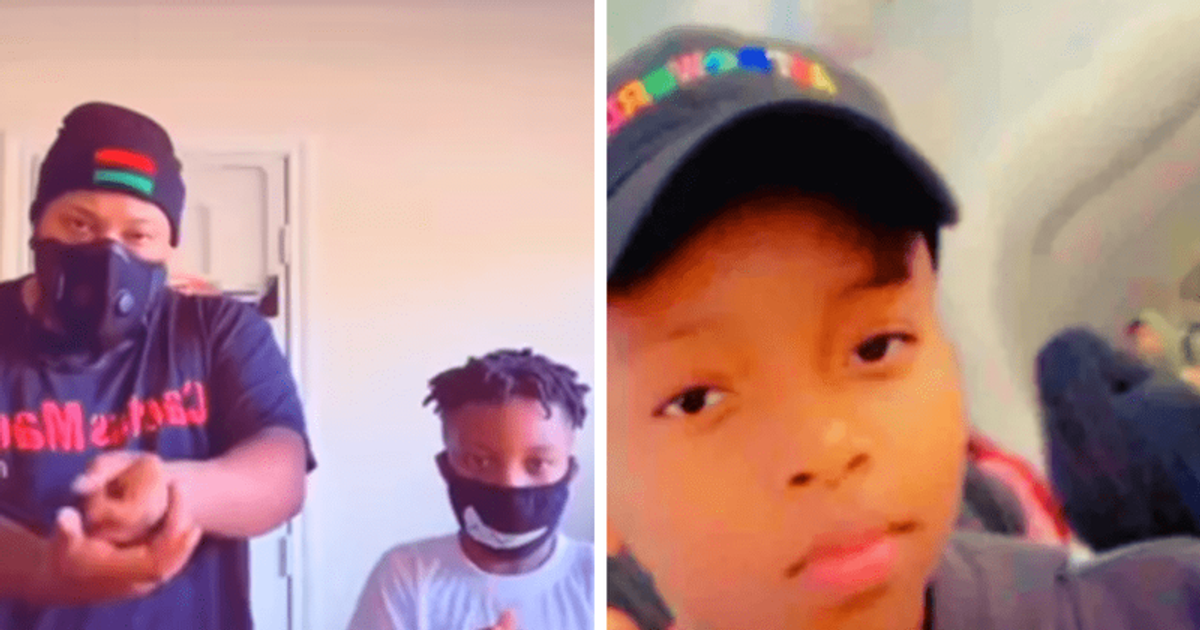 Ezra Blount, 9, from Dallas, who was the youngest victim of the “Astroworld” tragedy, has died of his injuries. Blount had slipped off his father’s shoulders and trampled on by panicked fans. He was in a medically induced coma in the hospital because most of his organs were injured and his brain was swollen. The concert’s death toll is now ten.

Ezra was at the concert with his father Treston Blount. Speaking to ABC13, he said his son was a fan of Travis Scott, “he was so excited he was ready to go”. Treston and Ezra were in the back of the crowd as the former thought the location was quieter but the crowd went wild and they were pushed on all sides as the rapper took the stage. Treston passed out and Ezra, perched high on his shoulders, was trampled on by the huge crowd. Treston couldn’t find his child when he passed out, and he immediately rushed to local medical camps and several hospitals nearby. He was able to locate Ezra after filing a police complaint that an officer sent him with a message with a photo of the child. Treston received tragic news that his son’s most important organs, including his brain, were damaged and that he was life sustaining.

Who were the victims of Astroworld? Fans aged 14 lost their lives in a tragic onslaught

Who is Ezra Blount’s father Treston?

Ezra Blount’s father, Treston, is from Tyler, Texas. He works for the supply chain company FHI. Treston and Ezra were very close and shared the same interests, including creating TikTok videos and helping Travis Scott. Treston’s Facebook page shows that he is as much a fan of the rapper as his young son. Some pictures on the page show Treston rocking Astroworld merchandise. He also has a large Astroworld tattoo on his left forearm. Treston initiated a GoFundMe campaign for his son and 594 donors helped raise $ 78,589 of the $ 200,000 goal.

Ezra Blount died on Sunday November 14th at Texas Children’s Hospital after nine days of life support. The family lawyer, Ben Crump, told TMZ: “The Blount family tonight mourn the incomprehensible loss of their precious young son. This shouldn’t have been the result of taking her son to a concert, which should have been a joyous celebration. Ezra’s death is absolutely heartbreaking. We are determined to seek answers and justice for the Blount family. But tonight we stand in solidarity with the family, in mourning and in prayer. “

A statement from Crump’s office said: “The suffering this family is going through is immeasurable. This little boy had his whole life ahead of him – a life that is currently at stake due to the ruthless mismanagement that ensued at the Astroworld Festival.We ask everyone to send the most powerful prayers they can as this family tries to join in to deal with the incurable harm inflicted on their son. We demand justice for EB, his family and all of our customers who left Astroworld with trauma. ”