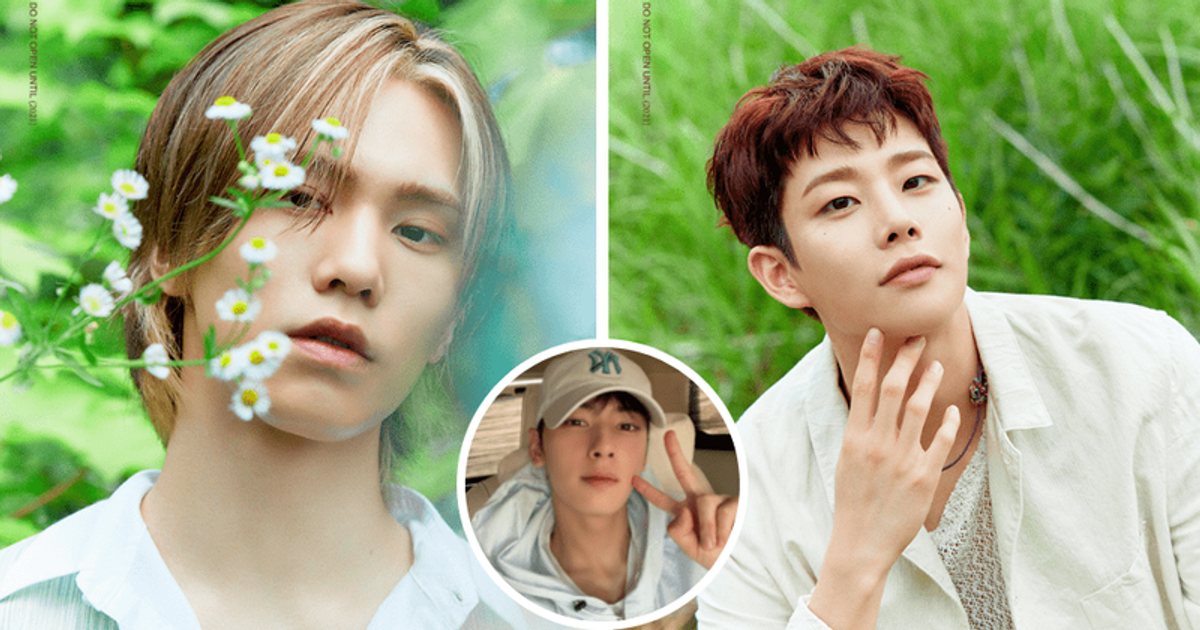 Rocky will star in a new K-Drama, while Eunwoo was the MC for the Seoul Drama Awards

It looks like the members of Astro are flying high after the success of their previous comeback that broke multiple records. From a music show win on national television to dominating music charts, ‘Switch On’ is their best EP to date. And now the members are fully booked and busy with several individual gigs. Before that, fans were excited to see Sanha’s drama in which he is hilariously called Big Daddy. And now we’re going to have Rocky in a drama as well, while MJ is going to make his solo debut.

The oldest member and main singer of the group MJ had several solo appearances, from the musical “Everybody’s Talking About Jamie” to variety shows as an MC. He was also part of the trotting project group that included the likes of Pentagons Hui and the second generation idol A.Cian’s Hyukjin. MJ already showed his love for trotting music at Astro’s second concert when he released the solo song ‘Don’t Do It’.

Cha Eunwoo rocks the cover of Harper’s Bazaar, fans say, “How can he look so good?”

The legendary soloist Young-tak and runner-up in the competition show “Mr. Trot ‘is said to have worked on the title song of the trot genre. There are reports that MJ will debut with it in November. He will be the first Astro member to make an official solo debut. As for Rocky, this is a personal accomplishment as almost all of Astro are already idol actors. In fact, before their debut, Astro had a web drama in which all members appeared.

Since Astro’s label Fantagio is also a production company, the group starred again in the drama ‘Soul Plate’ in 2019. However, the drama ‘Hyangjeon of Youth’ is Rocky’s first major acting appearance that is not intended to promote Astro. Fans have called Rocky an all-rounder and he continues to prove himself worthy. He will expand his acting career by playing Lee Mongryong. The show has an ensemble cast that records the struggles and relationships of people in their twenties living in 2021.

Happy fans kept ‘Actor Rocky’ on trend by tweets like, “HE REALLY DID IT WHEN HE SAID HE AIN’T ABOUT ACTOR ROCKY DEBUT AT ALL !!” “We miss astro-ACTOR ROCKY” and “Rocky’s dream is to be a versatile entertainer … how quickly did that develop? !!! we have rocky news about actors today. ”Arohas was also proud of MJ when they wrote,“ Two years ago MJ said he wanted to release a trot album. And now the time has finally come! He manifested and worked to make it happen. You will always be amazed and make us proud ”,“ He has always loved the trot, appeared in the first Idol-Trot group and is now making his debut as a soloist who works as a Wa-Trott professional. ”And“ CAN’T WAIT FOR MJ TROT SOLO DEBUT !! “

Avid fans were also impressed with the amount of gigs Astro landed in a single day. Another said: “OCTOBER IS SUCH A BIG MONTH FOR AROHA !!!” “Aroha is spoiled fandom,” shared a fan.

Eunwoo as MC at the Seoul Drama Awards