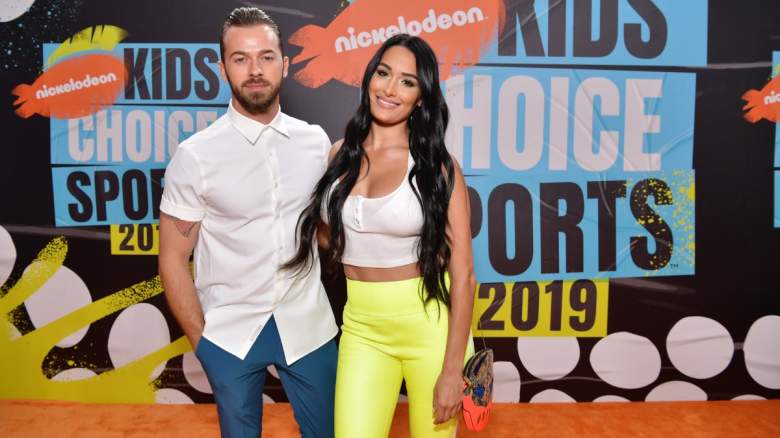 “Dancing With the Stars” has a new home for seasons 31 and 32, but the professional dancers aren’t sure if they’ll be moving on along with the show.

The ballroom dance competition is leaving ABC to move to Disney+ in a surprise move for fans, and the professional dancers do not have additional information about the move.

A report by The Sun that was published in early April 2022 claimed that Tyra Banks, who has hosted the competition for two seasons, will be fired amid the exit, but that has not been substantiated by other sources.

The outlet reported that a source said “it doesn’t look like Tyra will be back.”

Artem Chigvintsev spoke with Us Weekly about the rumors.

In the interview with Us Weekly, Chigvintsev said he was unsure about the rumors.

“As far as the show goes, the only information we received of it is we are going to be on a different platform, but as far as like, who’s going to be part of it and even ourselves as dancers, I’m not sure ,” he told the outlet.

He added that the announcements will likely be made closer to the show’s airing, likely by August. When asked about the fact that Banks could be leaving, the dancer said he would not be the first person to find out.

“I feel like there’s a lot of time ahead of us right now,” he said. “So, we haven’t got any information on that. We’re definitely not the first people to find out what’s going on.”

In the main post on Reddit, the person called for dancer Artem Chigvintsev to quit the show.

“As much as I love Artem to death, I think it is time for him to step away from DWTS,” they wrote. “I feel like he’s always done dirty by the show in some way and now that he has his mirrorball, I feel like that’s good closure for him. I would love to see him dive into the culinary world or anything else he’s interested in.”

One person replied, “Artem is my fav male pro and I would be sad to see him go but the producers never appreciated him and his talent. He’s better off without the show.”

“Agree on Artem, he’s my favorite male pro, I’m super glad he got his mirror ball, and would be really sad to see him go, but I understand if he left,” another person wrote.

Some went on to say they think Chigvintsev is not appreciated by the show.

“Dancing With the Stars” will return in the fall of 2022 in a new home. The show will now air live exclusively on Disney+ instead of on ABC.

READ NEXT: ‘Dancing With the Stars’ Winner & Fiancé Break Up After 2 Years