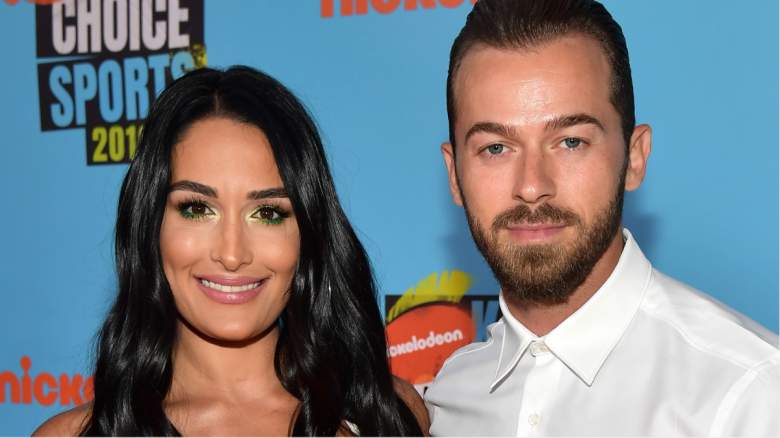 On the June 8, 2022 episode of The Bellas Podcast, Nikki Bella revealed to her sister, Brie Bella, that she wanted to expand her family.

Nikki and her boyfriend, Dancing With the Stars pro Artem Chigvintsev, share a 1-year-old son named Matteo. The couple have considered adding another baby into the mix – but Artem isn’t exactly sure about the timeline.

In April 2022, Nikki told Entertainment Tonight that she doesn’t plan on expanding her family any time soon.

“Not for me. I think Artem is hoping and wishing for something else. You never know what the future will bring, but I don’t see it anytime soon. God, I hope not. I’m so tired,” he said them to the point of sale.

However, she’s since dealt with a bout of “baby fever” and she and Artem talked about having another baby – but it doesn’t sound like that’s going to happen in 2022. Artem seems to be very much on the same page and the two want to wait a little longer.

Nikki revealed that she and Artem had a conversation about growing their family, but they ultimately decided it would be best to wait until Matteo is a little older.

“I was talking to Artem… you know, I had baby fever… we kind of talked about it at length because I was like, ‘You know, I have baby fever, but I don’t know, it’s right now right? But maybe you want to try a girl?” Nikki recalled on The Bellas Podcast.

“Actually, Artem said we have to wait. I prefer how our life is straight with work. But with Matteo and his age and the attention we give him, he’s like… he said until he was four. He’d rather wait a few years,” she explained.

“And I was like, ‘Oh, I mean, yeah, I’m fine with that.’ but it was weird how the tables kind of turned where I thought I’m good with it, but I’m like…” Nikki continued.

Nikki seeks advice from her twin sister and the two women often share their life experiences together. Given that, it’s no surprise that Nikki and Artem are considering having another baby when Matteo is 3.5 or 4 years old, since that’s the age difference between Brie’s two children, Birdie and Buddy.

Also, Nikki and Artem are just getting into their tantrum phase, which comes with its own set of challenges.

“I agreed with him on all those things… we’re hitting the toddler stage for the first time ever and school will start soon. but like, working through the tantrums and other things like that,” Nikki said.

She explained that Artem doesn’t want to leave home alone, pregnant and with Matteo while he goes to Los Angeles for Dancing With the Stars, and she totally agreed. “Really good point,” she told him.