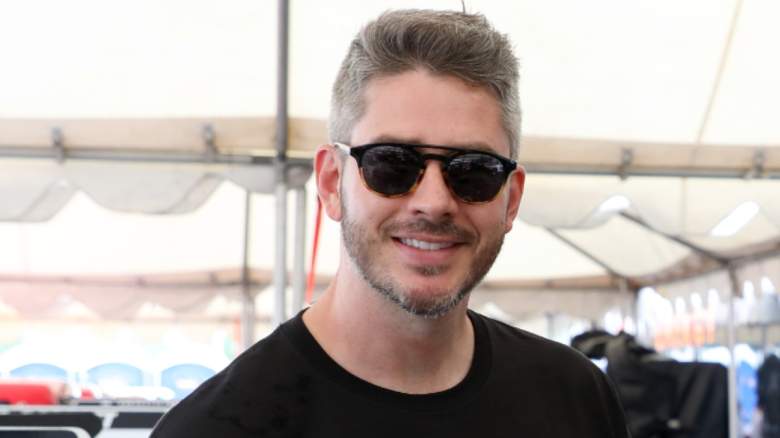 Arie Luyendyk has left home to film a new reality show, although he hasn’t shared exactly which series he’s signed up for.

“So, I’m a little scared because I’m actually packing to go on another TV show,” Arie said in a video posted to his Instagram Stories. “And I could be gone for up to three weeks away from Lauren and the babies. It’s something we’ve agreed to as a family, but it’s still so hard to think about being separated from Lauren on Mother’s Day and not saying the babies for so long. So I get a little bit sad about that,” Arie said.

The former “Bachelor” star is currently filming and could be gone for up to a month depending on success. On May 3, 2022, Arie’s wife Lauren Luyendyk shared on her Instagram Stories that her husband will be away for an unknown amount of time — up to a month — suggesting he’s doing some kind of competitive show.

“I’m excited too because this is something really, really cool,” Arie said. “It’s kind of a one-time thing. “I can’t talk about the show itself because I have an NDA, but I’m prepared,” Arie said.

And so he’s packed his bags and is off to an undisclosed location to film this new show that will eventually be revealed. Arie hasn’t been on social media since leaving, suggesting he doesn’t have his phone with him while filming.

Meanwhile, Lauren has her mother’s help at home. According to Lauren, she was a great help to Alessi, Senna and Lux.

Many people are wondering what Arie is filming and have posted their best guesses on social media. A Reddit thread dedicated to Arie’s Big Secret includes all sorts of conjectures from “The Amazing Race” to “Survivor.”

‘Isn’t he in the real estate business? Home improvement or house hunting show I bet,” one Redditor commented on a thread about Arie’s new gig.

“A cooking show… Call it now,” someone else suggested. Another Reddit user agreed, adding that since Bachelor Nation has featured on the show in the past, Arie could join the cast of Worst Cooks in America.

“Definitely some kind of elimination show. I think it’s something like a survivor or an amazing race. Someone else commented that it’s probably not an amazing race and I know how long the survivor would survive but probably longer than 3 weeks,” read a third comment.

“Quite related to racing or DIY/real estate/homes,” wrote a fourth person.

CONTINUE READING: Lauren Luyendyk shared the DM Arie sent her that changed everything