Are These ‘Vanderpump Rules’ Stars Getting Back Together After Filing For Divorce? 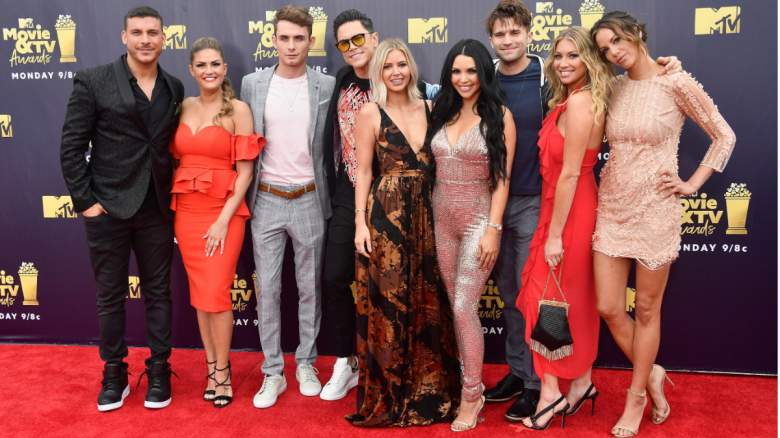 Could a resurgence be on the horizon for two ‘Vanderpump Rules’ stars?

Tom Schwartz and Katie Maloney announced their split in March 2022. After much speculation and many rumors on the internet, both parties made statements on their respective Instagram accounts.

“After 12 years of adventuring through life together, Tom and I are ending our marriage. This ending is not met with resentment or hostility, there are no sides to choose from. We have deep admiration for each other that will always remain, and we cherish our friendship. Even though we may be on different paths, we will continue to love and support each other’s happiness,” Maloney wrote in her statement.

Schwartz released a statement of his own, beginning with, “Well, that sucks.” And while Schwartz clarified that it was Maloney’s “decision” to break up, he actually doesn’t want to get back together with her. He revealed this on the July 22, 2022 episode of the podcast “Scheananigans.”

While speaking with Scheana Shay on her podcast, Schwartz opened up about his breakup and the aftermath.

“I run through these stupid hypotheses,” Schwartz said. One of the things he wonders is if his marriage would have failed if he hadn’t had the bar — and he doesn’t think he would be getting a divorce if he hadn’t opened his own bar. Additionally, Schwartz said he’s been through a lot with his family, saying that his father is very ill, which means he has to fly home more often.

The reality star continues to question all sorts of things, but has ultimately come to terms with Maloney’s decision.

“You only get one chance here on this big, beautiful planet… If I find out she’s put her happiness on hold? I would be… do you know how depressing that is? Did she stay with me out of pity? Hell no,” Schwartz said.

Shay asked Schwartz if he and Maloney would ever get back together.

“Okay, never say never, okay? But if Katie walked in now and just burst in the door like in the movie and said, ‘Schwartz, I want to get back together. I made a mistake, I would be flattered but I would have to say no,” he said. He said he’s “madly in love with her,” but the two are moving on.

Vanderpump is very close to both Maloney and Schwartz and she was devastated to learn the two had split.

“Obviously I’m very invested in them as a couple so it was heartbreaking to hear. I’m very close to them,” she told Page Six at the opening of their new Las Vegas lounge at the Paris hotel. She went on to say that she would love to see Maloney and Schwartz reconnect.

“Let’s hold our breath and see what happens to them. I would love to see Tom and Katie get back together,” she said. “I’ve been married 39 years and it’s no cakewalk. It’s hard work. But I think there’s hope for both of them.”