Are female idols being forced to lose weight? After ITZY’s Yuna fans worry about IVE’s Wonyoung 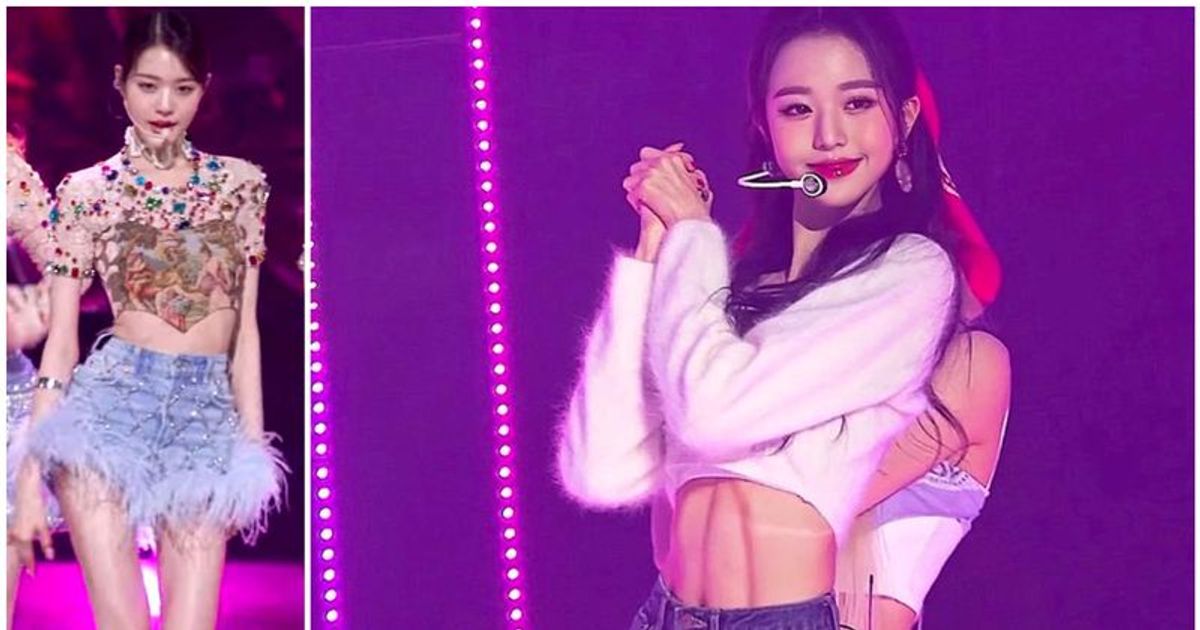 After a viral Twitter discussion concluded that female idols have a harder time in the industry, fans wondered why Wonyoung looked so skinny

It looks like another idol is raising concern among fans when it comes to her weight. IVE members were in the news ahead of their debut given the popularity of Yujin and Wonyoung, formerly known as members of the defunct girl group IZ*ONE. From fans talking about how Wonyoung resembled Blackpink’s Jennie or trolls talking about how she seemed to have a bad attitude when IVE was about to make her debut, the IVE member went viral every day.

Wonyoung is currently rocking the charts with IVE’s second single “Love Dive” as well as her hugely successful solo gig as MC for “Music Bank”. Now that the popularity of Wonyoung himself, as well as Starship Entertainment’s girl group IVE, is skyrocketing, Wonyoung’s weight has become a pressing concern. Just two days ago, Midzys (fans of ITZY) and fans of K-Pop in general were concerned about ITZY’s Yuna.

Wonyoung’s skinny thighs worry her about her weight

A photo circulated online of Yuna dancing on stage wearing a crop top and shorts that showed her hollowed-out stomach and exposed rib cage. This led to fans worrying if the ITZY member was overworked or forced to lose weight through a diet. Now, another viral image reveals that IVE’s Wonyoung has extremely skinny thighs that appear dangerously skinny at first, and has caused fans to wonder about the 17-year-old singer’s health.

In the photo, which went viral on April 28, news outlets began talking about Wonyoung’s thin physique as well as her clean-cut 11-line abs. Not only that, but the picture also featured Wonyoung’s thighs, which were too skinny for a girl of her height and age. While some fans are praising the singer for showing off a perfect figure as they call her a ‘skinny legend’, other fans are really worried as they are worried about her losing weight.

This discussion also adds to fan concerns about the weight of female idols. While it comes as no shock that idols are put on strict diets to maintain a certain body type, it’s more common for female idols to be weight screened than male idols. Fans point out that female idols have a harder time than male idols due to the constant monitoring of subtle changes in their body weight. In March 2022, Wonyoung’s bandmates Liz and Rei were also trolled for allegedly gaining weight, while Jiwoo was labeled as overweight by NMIXX.

Internet trolls have also not been silent about TWICE’s Jeongyeon, who is suffering from a medical condition that has caused her to gain weight. Fans of all these idols stopped hating them immediately, but now that the issue of IVE’s Wonyoung has surfaced, some fans claim that the concern is misguided since Wonyoung is perfectly healthy. Fans also bring out Idol Somi’s statement when the singer was questioned by fans about her weight, assuring them she said, “Exercise every day and eat a lot while I’m healthy.”

Fans have been discussing the issue online, where one fan said, “People are coming to conclusions like they did with Somi, where she had to come up front and say, ‘I exercise every day and eat a lot while I’m healthy'” , we all know that Wonyoung works out and does Pilates every day as she is naturally skinny since she turned 48 and she is taller now.” One user said, “Isn’t Wonyoung like a witch really skinny looks like?!?! I’m sure if she hits something her body will collapse LOL” when a troll trolled Jeongyeon’s weight TWICE. One fan said, “Ive’s wonyoung is so skinny I actually worry make.”

“I want to protect Wonyoung”

Another fan said: “As a skinny person, I have a relationship with Lisa, Rosé and Wonyoung SM. We tell people we’re naturally thin, they tell us we’re anorexic and sick. One user said: “I just found out who Wonyoung is and I want to protect the bby. But what really concerns me is… how extremely thin she is. And she’s only 17?”

One fan claimed, “Kpop girl groups have a much tougher time than BGs in the kpop scene. And you can ask me about it. Right down to crazy male fans, monthly cycles, tough meal times, and being hated for their body image. Anything you remember, they’re hated and it’s sad.” One user countered, “I agree, but when it comes to tough meal times, crazy fans, and hating their body image, a lot of BG members suffer too The first person that comes to mind is BTS’ Jimin.” One fan countered, “But the general rule is that GGs take it heavier, plus they should hold an even lower weight than male idols, even if both are similar in height. Girls should be well under 50kg, while boys under 55kg are already alarming for fans.”