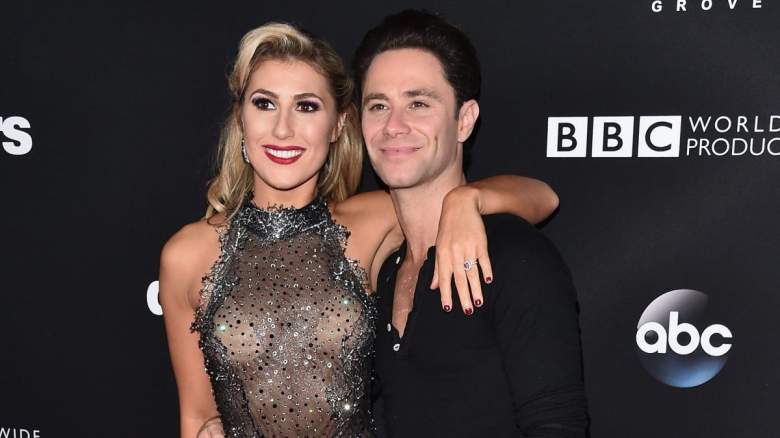 Professional dancers Emma Slater and Sasha Farber of “Dancing With the Stars” have been married for four years, although the couple reportedly recently called it quits.

Slater has partnered with TV star Trevor Donovan for the upcoming season, and she’s proud of his progress so far.

“I’m TOO PROUD of my partner @trevordonovan right now,” she wrote on Instagram alongside a series of snaps of the duo. “Don’t miss our Quickstep and premiere of @dancingwiththestars.”

Farber is similarly proud of his partner, who agreed to enter the ballroom dancing competition, fully acknowledging that she has MS and may be struggling in a way other competitors won’t.

“Every day at our rehearsals a miracle happens and every day is a gift to be given again and again, we always end the day of practice with a hug,” Farber wrote. “@SelmaBlair you push boundaries and inspire me more than I could ever imagine. To me, you’re already a champion just because you enter the studio. I’m so looking forward to Monday evening.”

According to the source, who spoke to Us Weekly in late August 2022, the two hope to remain friends and “continue to work together as professional dancers.”

The pair have been the subject of speculation since season 30 of Dancing With the Stars aired, as neither of them had posted the other on social media for almost a year. They weren’t photographed together either, with fans noting that they weren’t wishing each other a happy anniversary.

“It’s been a difficult time as they really care about each other and have been together for so long,” the source told Us Weekly, adding that they are “figuring out” their relationship.

However, they still choreograph together. They appeared together as choreographers in several episodes of the 17th season of So You Think You Can Dance. The source also acknowledged that the two “continue to work together as professional dancers…they’re professionals and won’t let their personal lives get in the way of ‘DWTS’.”

Slater and Farber have not publicly commented on their split, although fans had suspected the two were no longer together for some time.