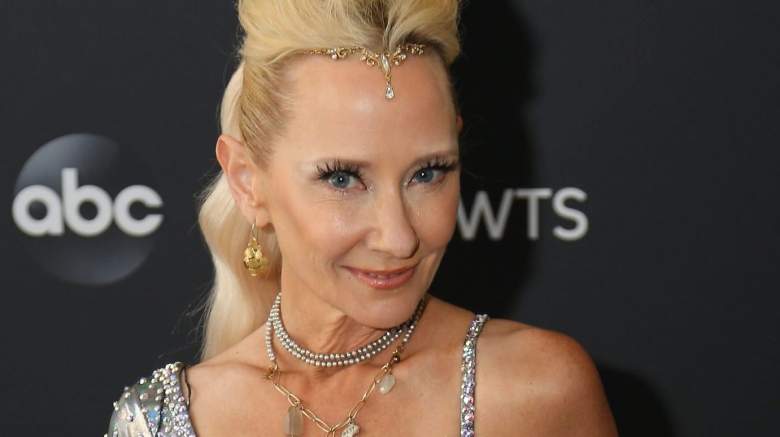 The Dancing With the Stars family has lost several members over the years, the latest being actress Anne Heche, who died on August 14 after a car accident a week earlier that left her in a coma. During the season 31 premiere, the dance competition series honored Heche, who competed in season 29 with pro dancer Keo Motsepe just two years ago.

Here’s how the show honored the late star:

“Some of the greats who have passed away,” Raia wrote on the photo.

In case you’re curious about where the memorial star is, it’s in the front left corner as you face the stage, just below the judges’ table. Here it is during the season 31 premiere:

When Heche passed away in mid-August, the show’s official Twitter account posted a photo of her and wrote, “We are incredibly saddened to lose one of our beloved DWTS family members, Anne Heche, whose smile and vibrant personality lit up the ballroom. We extend our condolences to their families.”

Heche’s partner Motsepe told Entertainment Tonight at the time that his heart was broken because of her accident (the interview took place before she died).

“Anne was my partner on DWTS for season 29. We became close friends and my heart breaks for her and her family because of this horrific accident,” the dancer said. “I am praying that she makes a full recovery and I know the entire DWTS family is sending her healing thoughts. Working with her I can say that she has a strong spirit and is a fighter and I know she will do whatever it takes to heal.”

After her death, Motsepe wrote a simple message on Instagram: “Love you @anneheche.”

In her final interview, recorded for the podcast Behind the Velvet Rope with David Yontef a few months before her death but not released until after her death, Heche spoke about her time on Dancing With the Stars, which she described as ” great moment” in her life.

“[Going on ‘Dancing With the Stars’] was a great move, I thought. That was a big moment for me. I was very excited to do Dancing With the Stars. … I am a dancer, I love to dance. I don’t know how to do things right, so I thought it would be a great thing to be able to show that,” Heche said.

She continued, “We had an opportunity in that moment to re-introduce myself to an audience that I hadn’t reached and never had the opportunity to reach. It was fun on so many levels.”