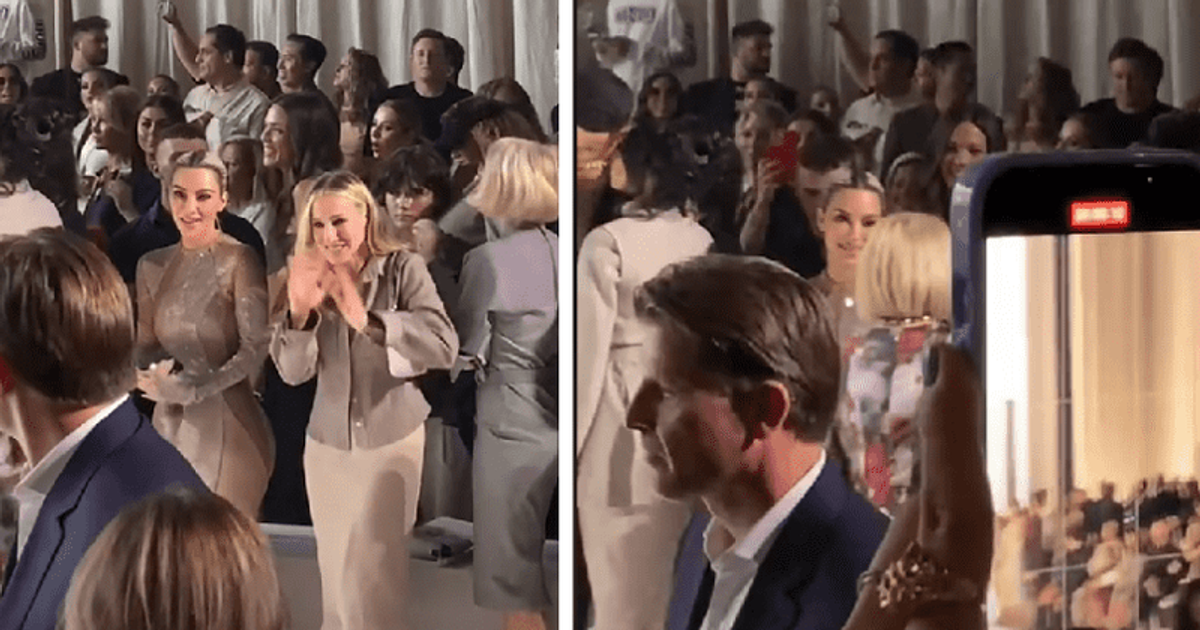 “It’s like you think someone is waving at you, but they aren’t,” wrote one fan

NEW YORK CITY, NEW YORK: Fans believe Anna Wintour ignored Kim Kardashian during an embarrassing incident captured at the star-studded Fendi show during New York Fashion Week. According to the Daily Mail, the 41-year-old reality personality was seen front row alongside ‘Sex and the City’ actress Sarah Jessica Parker in the clip, which has since gone viral on social media. At the show’s finale, the two stand and applaud, and Kim looks over to see Vogue Editor-in-Chief Anna Wintour sitting across the runway. Sarah Jessica Parker waves to Wintour as Kim says ‘hello’ to the fashion mogul

Kim stands smiling as Wintour approaches them from the opposite side of the runway, but she hugs Parker first. After that, the video ended abruptly, so it’s unclear if they welcomed the reality TV star to their chat. The video, which received millions of views on TikTok, was deemed “awkward” by viewers who believed the magazine editor had snubbed the SKIMS founder. One user commented below the clip: “Embarrassing lol.” “Kim got humiliated very quickly,” added another. Someone wrote: “Kim is a nobody next to the iconic SJP 😂” “It’s like you think someone is waving at you but they aren’t,” noted another user. However, many came to defend the SKIMS founder.

One such user wrote: “Watch a 10 second clip and create the most unnecessary scenarios💀💀.” “I will NEVER understand how you can hate this woman so much just because she’s famous,” she added other user added. Someone wrote: “SJP and Anna Wintour really do look like they’ve been longtime friends like they’re the same age. Has nothing to do with dissing Kim.” “In case you newbies don’t know, Anna Wintour and SJP have been friends for over two decades,” noted another user.

On September 9th, Fendi celebrated the 25th anniversary of their iconic Baguette bag in New York City during the Fendi Spring 2023 fashion show. Sarah Jessica Parker carried the bag frequently when she played Carrie in Sex and the City. Kim Kardashian attended the event in a glittering off-the-shoulder dress with sheer mesh. The former Kardashian family member has a close relationship with the Fendi brand. Last year she launched a SKIMS collaboration with the Italian fashion giant. The collection included monogram bodysuits and shapewear.

Meanwhile, the Kardashians star and Wintour have had a strained relationship over the years. The editor reportedly banned her from the 2012 Met Gala, but by 2022 Kardashian had stolen the show in the iconic Marilyn Monroe outfit, even landing three US Vogue covers. Wintour told Vogue in March 2019: “I personally admire how she dresses in a more minimal and covered way. You have to admire how [the Kardashians have] built an empire through their personalities and their mother’s creative genius.”