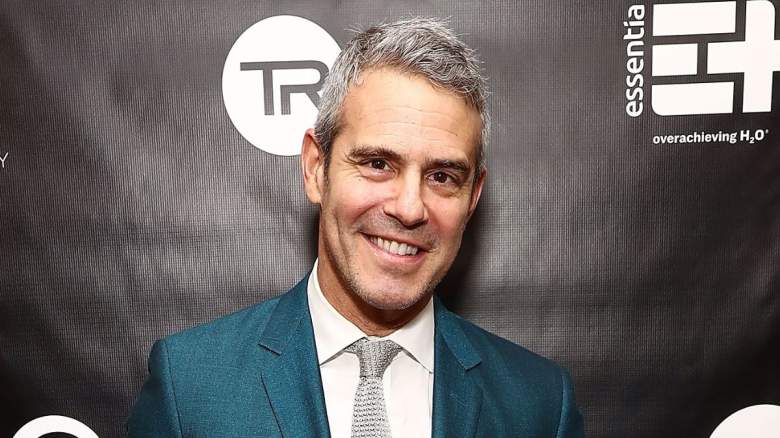 Andy Cohen’s book is being made into a scripted television show for NBC, Variety reported.

According to Variety, a new show inspired by Andy Cohen’s book Most Talkative: Stories from the Front Lines of Pop Culture is in the works

The show is being described as a “coming-of-age comedy” produced by Universal Television and Blumhouse Television, the outlet reported.

The outlet reported that “most talkative follows a fictional 13-year-old Andy Cohen coming of age in 1980’s St. Louis. He’s gay, loves the Cardinals, his bar mitzvah tutor is a stoner, and his soap opera fantasy makes him both the focus of the party and the source of endless drama. Most Talkative is a series about not fitting in and figuring out how to build your own.”

The show is scripted.

“I’m thrilled to use my childhood as a starting point for a hilarious show and to be working with an incredible team including my pal Jason Blum and UTV,” Cohen told the outlet.

The show was “written by Gordon Greenberg and Michael Weiner and directed by Emmy-winner Todd Holland,” the outlet reported.

The show has yet to announce a release date, according to the St. Louis Post-Dispatch.

On September 16, Cohen shared Cher’s music with his 3-year-old son Ben. He caught the whole thing on video.

“She sang too loud for you?” Cohen replied. “You loved it. Who did she remind you of?”

Ben didn’t respond right away, so Cohen challenged him, “She reminded you of Elsa, right?” he said. “Because they’re both good singers.”

Fans and famous friends flocked to the comments to respond to the video.

“One thing about kids, they will tell ‘their’ truth. He said what he said,” wrote former RHOA star Porsha Williams.

Someone said, “Omg it was too loud, I just love it. Ben walks up to Cher and says, “Could you like it? Do less.'”

“I love his little voice!” someone wrote.

Sharing his experience of Cher’s music, one fan wrote: “Sonny & Cher my 1st concert aged 2 19th August 1973 I broke my arm my courage got me this concert. Raise these kids right!”

“You really are a wonderful dad! Nothing beats time with them,” someone said.

“These kids are stressing us out for no reason,” wrote another fan.

“Take him to Idina Menzel on Broadway. It’s going to blow his cute little mind,” commented one fan.

“I love these conversations!” someone said.

Another fan wrote: “Nice!!! And don’t worry Andy… all my kids are happy to disagree with me!! Strong personalities over here.”