Andy Cohen pays tribute to his father on his 90th birthday: photos 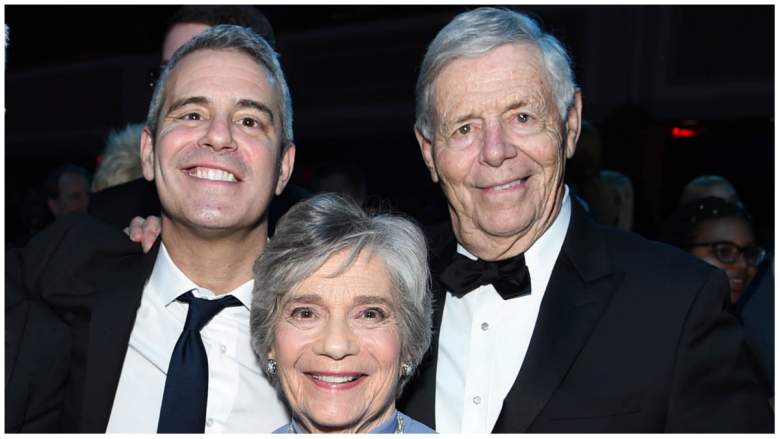 Andy Cohen paid tribute to his father on a very special day.

The Bravo TV host shared a slideshow on his social media page as his father, Lou Cohen, celebrated his 90th birthdayth Birthday on 11/11/2022.

Longtime fans may know the Cohen patriarch from his previous cameos on Watch What Happens Live, but his famous son’s birthday pics also gave fans a glimpse of what he looked like as a young dad.

Andy Cohen has posted five photos of his father on his Instagram page. The first photo was of him wearing a suit and posing in a doorway. Another photo showed the older Cohen with his wife, Evelyn, in the kitchen. In another picture, Cohen’s father beamed as he posed with Real Housewives of New York City grad Sonja Morgan.

The last photo was a 1970s throwback of the entire Cohen family: Lou, Evelyn, daughter Emily and a young Andy. In the family photo, the Cohen patriarch sported the same big smile as his famous son.

“Let’s all get on a table and dance for Lou!!!!! Happy Birthday!!!!!” wrote Real Housewives of Beverly Hills star Lisa Rena.

Other commenters chimed in to say how much the Bravo host resembles his father when he was younger and how much Andy’s own son Ben resembles him as a kid.

“The last photo could be you with little Ben,” one fan wrote of the Cohen father and son. “Andy you look like your dad when he was younger and Ben looks like you when you were younger,” agreed another fan.

Andy Cohen is close to his parents and has introduced them to the Bravo Clubhouse in the past. He also has an older sister, Emily Rosenfeld, who works as a jewelry designer, according to Kveller.com.

The future Bravo star was raised in St. Louis, Missouri, in the Jewish faith. Cohen told Interview magazine that his first job was a paper route in St. Louis, but he also worked for his father.

“I also worked every summer for my family business, which produces and distributes groceries. I worked on the phone, made deliveries and drove a forklift,” he said.

According to TV Insider, during an appearance on Finding Your Roots With Henry Gates Jr., Cohen said he had a great childhood. “There wasn’t a lot of trauma,” he said. “My parents were always there for me and I was very sure of myself.”

As he became a TV star, Cohen’s parents continued to support him — even though they felt his show can get a little raunchy at times. “My parents love the show,” he said of WWHL. “But they sometimes think it’s too dirty.”

After becoming a father himself in 2019, Cohen opened up about his parents’ relationship with his son Ben.

“Ben calls them Ma and Pa … and he Facetimes at dinner every night, and they’re awesome,” Cone said on a 2021 episode of “Watch What Happens Live,” per BravoTV.com. “I feel like this new grandchild is like a total curveball for our whole family and that’s why he’s growing us all up and making us all very happy.”