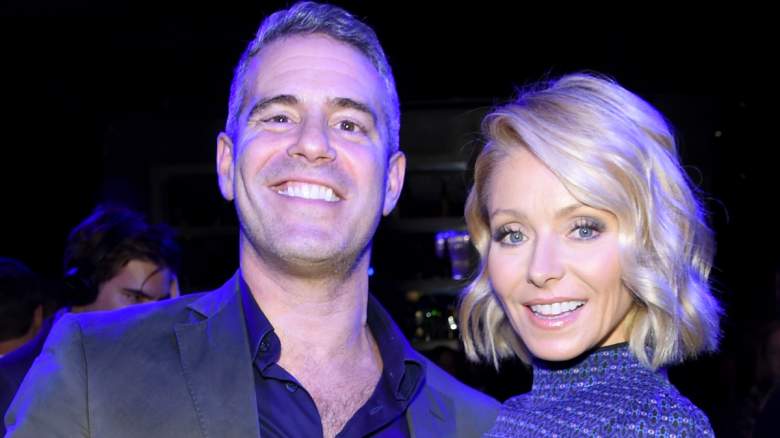 On April 29, 2022, Andy Cohen shared the news that he had welcomed his second child into the world.

“HERE’S LUCY!!!!! Meet my daughter Lucy Eve Cohen! She weighs 8 pounds and 13 ounces and was born at 5:13 PM in New York City!!! Her big brother can’t wait to meet her! Thank you to my Rockstar surrogate (ALL surrogates are Rockstars btw) and everyone who helped make this miracle happen. I’m so happy,” the Bravo producer commented on an Instagram post.

Since announcing the baby’s birth, Cohen has shared photos and videos of his family, including his son Ben, who is taking some time to adjust to not being an only child. However, things seem to be going well for Cohen, who’s really adjusted to having two kids at home.

During a visit to “Live! With Kelly & Ryan” on Monday, July 18, 2022, Cohen spoke a little bit about his newborn daughter and Ripa, who is very good friends with Cohen, also provided her take on the baby.

After Cohen sat down and chatted a bit with Ripa and Seacrest, the co-hosts brought up Cohen’s family life — and his little girl.

Ripa “bragged” about her pal Cohen, saying he’s an “incredible” dad. On screen was a clip of Cohen and Lucy talking about the 3 month old. The audience couldn’t help but “ooh” and “aww” over the video, which was originally shared on Cohen’s Instagram account on July 10, 2022.

Ripa immediately noticed something about Lucy. “Sometimes she really reminds me of Evelyn,” Ripa said.

“I mean, there’s so much of your mother,” Ripa added.

Those who don’t know Cohen’s mom have a pretty good idea of ​​what her personality is like, thanks to Cohen sharing some moments he’s had with her over the years. For example, when Cohen was watching “The Late Show With Stephen Colbert,” he spoke about what his mother said when it came out. “I probably would have hated your wife anyway,” he recalled his mother’s words.

Although they are not related, Cohen’s son Benjamin, 3, has a very close relationship with Ripa and has called her Mee Maw since childhood.

“He calls Kelly & Mark ‘Mee Maw’ and ‘Pee Paw’…. I call them GILFS,” Cohen captioned a couple of photos of his son hanging out with Consuelos and Ripa on September 3, 2021.

On Live With Kelly & Ryan, Cohen said Benjamin was “obsessed” with Ripa. The co-host said she proudly wears the Mee Maw badge and considers herself Ben and Lucy’s grandma.

“MeMaw is ready and crying tears of joy,” Ripa wrote.

It is unknown how often Ripa spends time with Cohen’s children, but she makes no secret of how much she loves and cares for them.