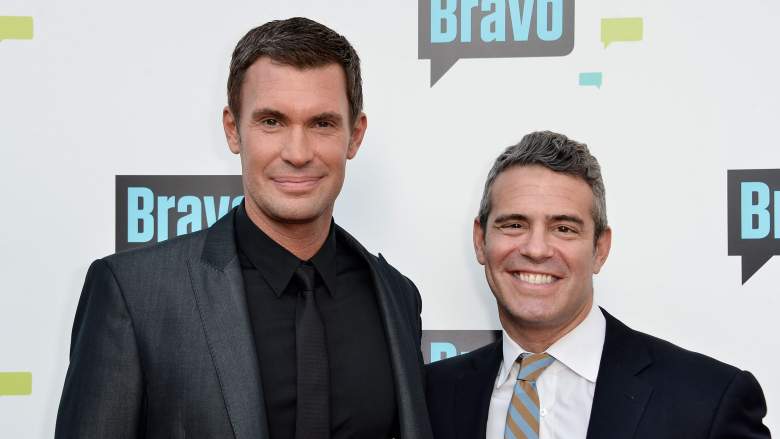 Andy Cohen spills the beans ahead of the Real Housewives of Beverly Hills season 12 reunion premiere. During an October 10 appearance on Jeff Lewis’ radio show on SiriusXM, Jeff Lewis Live, Cohen opened up about what was really going on behind the scenes, and Lewis also opened up about the current season.

This season of The Real Housewives of Beverly Hills was packed with drama, much of which happened during the cast’s trip to Aspen. During the trip, Lisa Rinna accused Kathy Hilton of having a “meltdown” and saying “horrible” things about her colleagues and her own sister, Kyle Richards. Rinna claimed that this all happened while she was bringing Hilton home from a private club where they were partying in Aspen. Although Hilton apologized to her sister on camera for the things she said, she has denied suffering a huge meltdown and “banging on the walls,” as Rinna accused her.

“I’m telling you, I spoke to Lisa [Rinna] like two days to Aspen,” Lewis said on the radio show.

“Me too, she called when she came back, she said, ‘Something very disturbing has happened…'” Cohen replied.

During his radio appearance, Cohen also teased the upcoming reunion, telling Lewis, “The reunion is really good. Absolutely more will be said at reunification.”

Lewis added that he is on Rinna’s side when it comes to the current RHOBH drama. “I just spoke to her again a few days later,” Lewis said of the star. “She wasn’t filming or anything, why would she say those things? People say she’s exaggerating and stuff, but I believe her.”

Viewers can watch the first part of The Real Housewives of Beverly Hills season 12 reunion on Wednesday, October 12 at 8 p.m. Eastern Time on Bravo.

During a Sept. 14 episode of “Watch What Happens Live,” which hosted both Erika Girardi and Michael Rapaport, Cohen spoke a little more about the RHOBH reunion, revealing that there was a “first time.”

“Erika, how did you find the reunion?” Cohen asked Girardi during her performance.

“It was a lot, I mean it was really exhausting and it was hard to see a family dynamic ahead of us,” Girardi said. “I don’t know how you felt about it, but you know, it was tough, it was tough. I’ll say this, neither of us to a cast picture, and neither of us hugged each other as we left.

In response, Cohen said, “Yes, there was no cast picture and that was a first. I didn’t even force it, and I think when you see you’ll see why.

During a conversation with People in an interview published on Oct. 11, Kyle Richards revealed that her friend Jamie Lee Curtis cried after watching the season 12 reunion trailer. Curtis made a cameo appearance in this season of the show and is a longtime friend of Richards.

Richards said Curtis called her and said, “I cried when I saw that. I don’t like seeing you hurt.”

Richards continued of Curtis, “She kind of spoke to me encouragingly about what she thinks of me as a person and not to forget that. And it’s never escaped me that she takes the time and effort to do that for me, because she always does.”