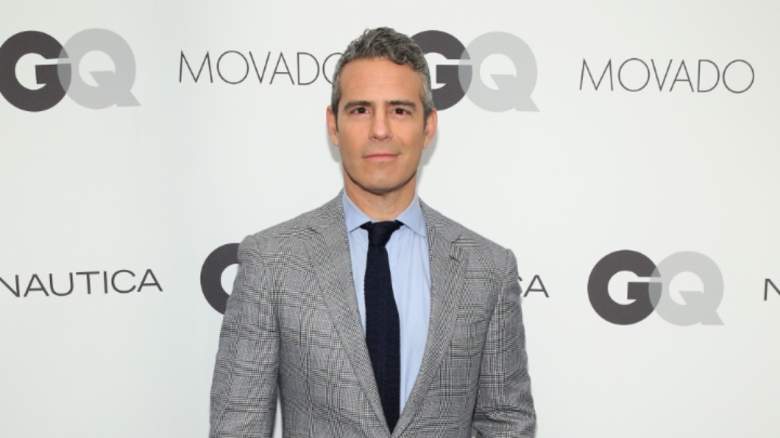 Andy Cohen faces criticism after part two of the Real Housewives of New Jersey reunion. The show’s executive producer, who also serves as the reunion’s host, found himself in the middle of an argument between Teresa Giudice and her brother Joe Gorga.

At one point during the reunion, Cohen defended Gorga and he even suggested that Gorga was extremely important to the show. While Gorga is one of the most talked about househusbands of any franchise, most fans realize that Real Housewives is ultimately about the women and their men should be additive rather than the focus.

This is not the case with Gorga, however. And that could be because both his wife and only sister are on the show. Still, some fans weren’t too thrilled with Cohen’s pro-Gorga support.

“Andy being so committed to Joe during this reunion is truly pathetic,” said one Redditor, starting a new thread on the platform. “How can this husband, not even a leading man, have so much appeal on this show? It seems so bizarre and makes no sense. What blood pact did he sign behind the scenes?!” the Reddit user added.

Several people agreed with the OP (original poster) and slammed Cohen for siding with Gorga.

It appears that Gorga was criticized as much – if not more – than Cohen after his comments on the reunion.

“Andy’s hard on Joe is so gross. Joe is pathetic and frankly he’s a **** too. His wife is boring and rides Teresa’s coattails. Personally, I think Joe and Melissa try to argue with Teresa because that’s the only lifeline they have. Teresa is just too stupid to realize lol love her or hate her, Teresa IS NJ. She has real storylines and real conflicts even when Melissa is gone. Joe is just sooooo gross and sleazy and Melissa is so terribly boring,” read one comment.

“I’m done with housewives for a while. I’ll read all the posts to catch up but I’m done watching. When Andy has so much say and he gets to play favourites, he’s doing a crappy job,” said another person.

“I wish Andy would stop inflating this jerk’s ego,” one Redditor wrote in another thread about the reunion.

“Paycheck aside, I think Andy is so pro-joe as a producer because it’s the only franchise that has real family and family meat as its storyline. Without Joe, something would be missing at this point. It’s entertaining in its own right, but add the family dynamic and it makes for great TV,” suggested another.

Interestingly, some fans think Gorga was right and that Cohen did the right thing by standing up for him.

“Andy would probably have said that about anyone at that moment because Teresa was a massive a******. To keep anyone from coming back and to try to keep Teresa from being so damn annoying. The idea that it’s somehow rude or wrong to tell her she’s not more important than other people on the show and can’t be snubbed at everyone all the time is ridiculous,” someone wrote.

“Joe deserves to be heard. Whatever you think of him. Teresa interrupted as usual. Andy wanted Joe to be able to say how he feels,” a third person commented.

CONTINUE READING: Teresa Giudice shares who she chose as her maid of honor and it’s not Dina Manzo