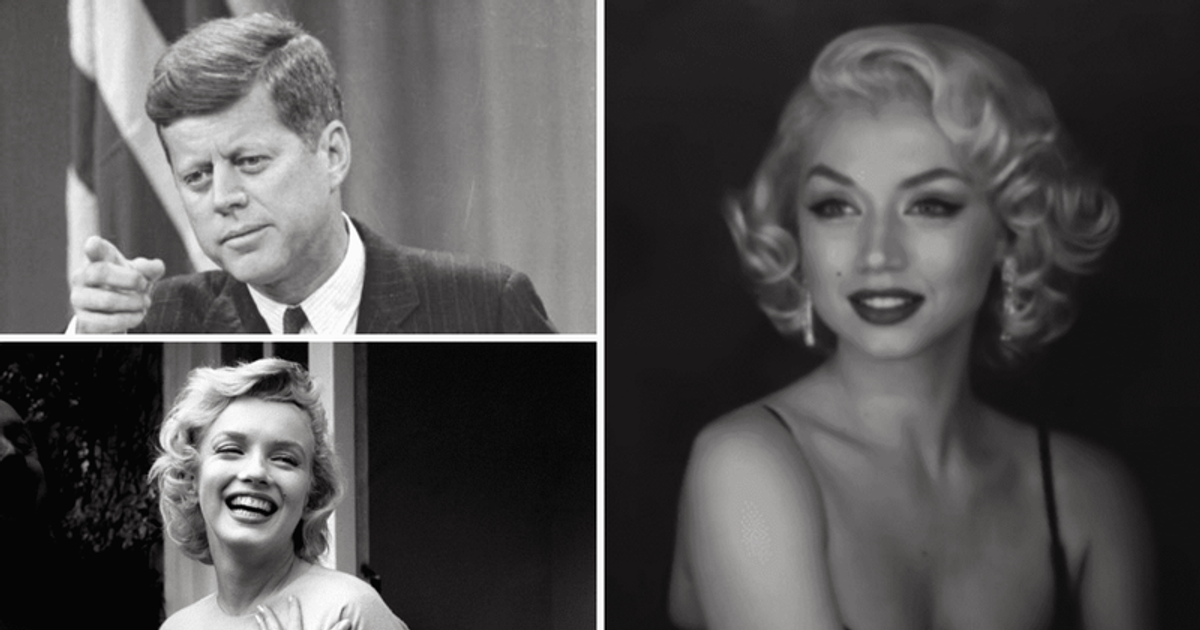 Blonde, scheduled to stream September 28 on Netflix, includes a graphic scene of Ana de Armas as Monroe being brutally raped by President John F. Kennedy. The film claims to show the late actress’ loneliness and struggles, but the film could be a fictionalized version based on the 2000 novel by Joyce Carol Oates. Social media users slammed the Netflix film, calling it “sick” and “disgusting.”

One of the scenes shows Secret Service agents dragging Marilyn into a hotel room where President JFK, played by Phillipson, is waiting for her in bed. “Am I glad to see you baby. It’s been one hell of a day,” says Kennedy, ordering him a hand job — all while watching the Friendship 7 rocket launch on TV.

The President then grabs the back of Marilyn’s head and forces her to perform oral sex on him for over a minute and a half, according to The Daily Mail. The camera focuses on Monroe’s shocked face as JFK calls her a “dirty s**t” and tells her, “Baby, don’t be shy, come on.” The audience then hears Monroe say to himself, “Puke only not. Don’t cough. Don’t choke. You have to swallow” before the President ejaculates in her mouth. The President then throws Monroe onto the bed and jumps on top of her. The scene then switches to Monroe waking up in bed with bruises all over her body before running to the bathroom to throw up.

Social media users criticized the film for showing the graphic scene. “I love Ana de Armas and at least want to give the film a decent dose, but everything I hear about blonde is just disgusting. I don’t mind biopics that tend to be more farcical (Rocketman and Elvis are two of my favorites) but make up rape scenes,” said one angry user, while another posted, “The movie Blonde has JFK raping Marilyn Monroe. Seems like it’s going to cause a lot of controversy.” The next shared, “Blonde makes up a hellish rape scene between jfk and Marilyn Monroe – something that was never claimed. This isn’t art. It’s sick.”

Meanwhile, one person tweeted: “Slandering everything, everything. But I guess kidnapping, raping and torturing children is kind of a non-issue here, isn’t it? Where’s the Epstein list?” Another explained, “I’m not going to lie, it’s really creepy how the people defending the new Blonde movie which exploits Marilyn Monroe seem to be mostly men who are completely are ok and even think it is NECESSARY to include extreme nudity and rape scenes in this movie. I’m sorry but this is exploitation.” One user added, “TW mentioning rape, Sa and abuse. To fans or Marilyn Monroe – if you really love her and want to honor her, DO NOT look blonde. The cast and crew considered this an “ode” to Marilyn. in no way is a film with graphics !FICTIONAL! Rape scenes are a way of honoring someone who has died.”

Another said: “Here are the parental warnings from reviewers who’ve seen blondes. Rape scenes should never be part of a film. that doesn’t celebrate Marilyn’s life. it doesn’t honor her at all.” And one concluded, “I had to stop reading the blonde content warnings, it’s just way too much. Honestly, fuck Ana de Armas for making that disgusting rape fantasy film about a dead woman. Disgusting. The whole movie is graphic rape with full graphic nudity. That’s disgusting.”