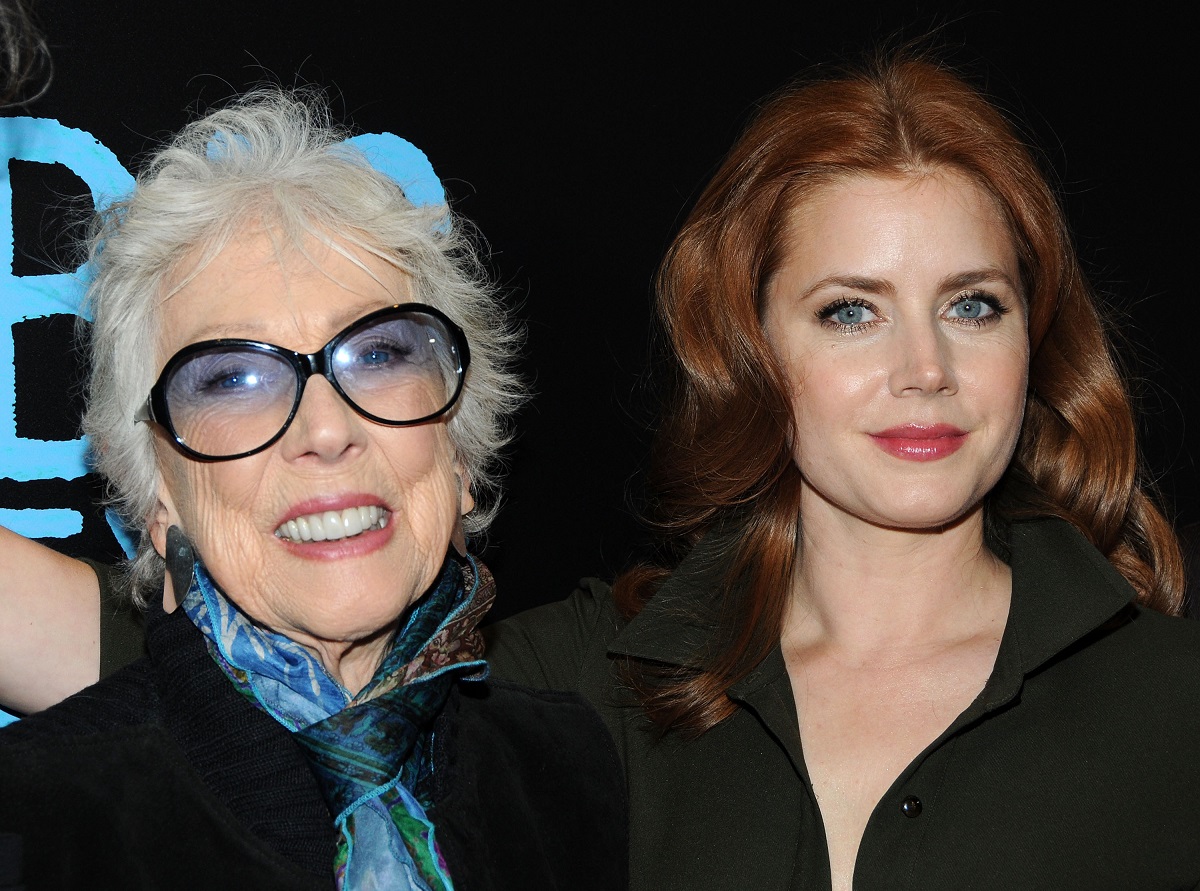 Tim Burton made his name directing fantastic films about odd characters. But with his 2014 film Big eyes, he told the true story of a discredited artist. The film is based on the conflict between Margaret Keane (Amy Adams) and her ex-husband Walter (Christoph Waltz), who was responsible for her pictures for years. The most sensational moment of Big eyes takes place in a courtroom. While it appears a screenwriter would come up with something to add drama to the proceedings, it happened exactly as Burton filmed it.

After realizing what her ex-husband is doing with her artwork, Margaret sues Walter for defamation to prove she was the true artist in their household. A chaotic process follows. The judge requires that they both create an original painting in the courtroom within an hour. Margaret does so with quiet determination. Meanwhile, Walter hesitates and then fakes an arm injury to hide the truth a little longer. (You can see the whole scene here.)

This bizarre artistic duel is indeed lifted right out of the real 1986 trial. It took place in Hawaii when Margaret moved there after breaking up with Walter. And the “paint-off” was set up by Judge Samuel P. King. King did this because he saw it as the most direct way to resolve the dispute. “It was the fastest thing I’ve ever painted in my life,” Margaret said. The painting she created later became known as “Exhibit 224”.

Margaret won $4 million in the lawsuit. But she never received any of that money because Walter had already used up her entire fortune on her own.

As explained in History vs. Hollywood, Big eyes sticks to the facts of Margaret’s life. Walter kept her away from the world to continue producing art that he would get all the acclaim for. She was locked in a room to paint 16 hours a day and was unable to make friends or see her daughter without his consent. When Margaret first considered telling the world the truth about her situation, Walter threatened to kill her. As in the film, she did not reveal that she was the true creator of the Keane paintings until she left Walter and moved to Hawaii.

but Big eyes exaggerates some details in the name of storytelling. The film implies that Walter never attempted to paint himself until the trial, but this is not true. At one point he asked Margaret to teach him how to paint in her style. But he had no aptitude for the art form and reverted to stealing his wife’s work. And the harsh criticism New York Times Art critic John Canaday for the 1964 World’s Fair painting Tomorrow Forever angered Walter, there is no evidence that he tried to stab the writer with a fork as portrayed in the film.

The character Dee-Ann (played by Krysten Ritter) is a complete invention of Big eyes’ Writers Scott Alexander and Larry Karaszewski to represent the more open-minded, progressive woman of the 1960s. Even with these changes, the message of Big eyes connects with people to this day.

Adams won the Golden Globe for Best Actress in a Comedy or Musical for her work in Big eyes. It’s just one of many accomplishments she’s been widely praised for.

Adams broke through in dramedy in 2005 Junebug and didn’t look back. Her filmography will appeal to any big movie fan. She has acted in Disney feel movies (Enchanted), serious dramas (Doubt), thought-provoking science fiction (arrival) and comic blockbusters (Lois Lane in Zack Snyder’s DC Universe). Even the bad movies she’s been in are better for her presence.

She is regularly recognized by all major award shows. But her six Oscar nominations haven’t translated into a win yet. Your next film probably won’t appeal to prestige audiences in the same way, but it could be quite entertaining. Adams will star in the delightfully titled film night bitch for Hulu. The story revolves around a new mother who is convinced that she is turning into a dog. Directed and written by Marielle Heller, the film is an adaptation of Rachel Yoder’s book of the same name. night bitch was purchased by Hulu and currently has no release date.