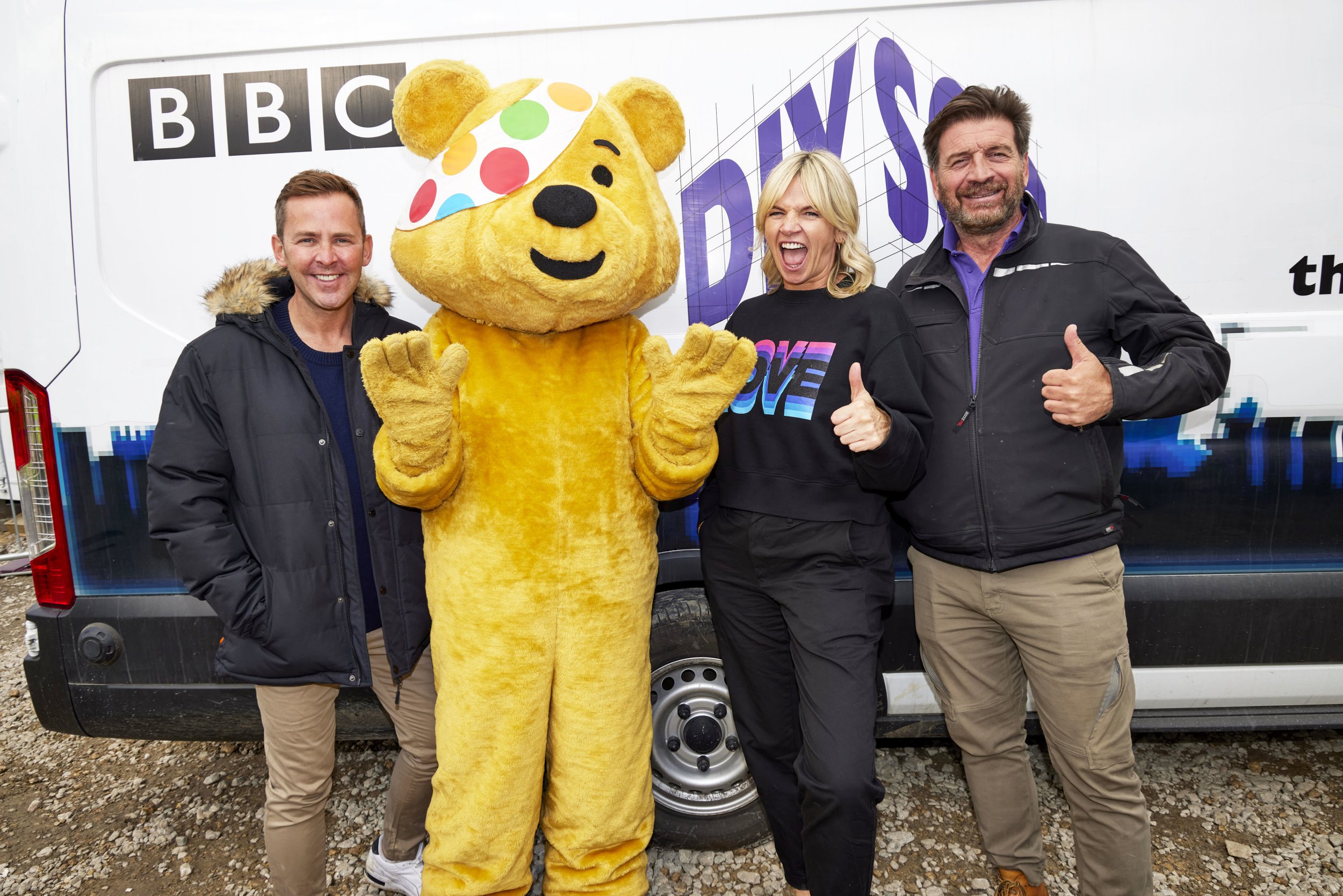 In the midst of the pre-Christmas doom and gloom, how nice to find an uplifting story of generosity, hard work, and a community that comes together. And that’s exactly what was served DIY SOS children in need Special Returned – Featuring a rotating cast of Radio 2 luminaries including Zoe Ball and Sara Cox.

This was comfort television with the huge bonus of supporting a good cause. Host and chief cheerleader Nick Knowles wore hard hats and encouraged more than 200 volunteers.

He was assisted by his regular DIY team of Chris, Jules and Billy. And from designer Gabrielle Blackman, who shed tears as the crew made their vision a reality. Amidst the carnage of i am a celebrityit landed like balm.

That SOS challenge had teamed up in Seacroft, Leeds to build a brand new Getaway Girls facility, providing a community space for at-risk young women. Her arrival was timely. Getaway Girls has found that demand for its services has grown rapidly: it had 60 regular users in 2012, compared to more than 800 today.

The celebrities were there when the shovels and safety vests were distributed. In general, however, the A-listers preferred to leave the finishing touches to Knowles and the gang.

They had many other things to keep them busy. Cox attended the Getaway Girls music workshop, where the young women expressed their hopes and fears through song. Impressed by her positivity, Cox recalled being confused as a teenager about her place in the world.

The choir also received a visit from Jo Whiley. She introduced special guest Emeli Sandé as the singers prepared for a live performance on Radio Two.

She warned singers to remember there was an audience out there for them, even if they were feeling down or less than inspired. Sandé added that she’s always “surrounded herself with people who tell the truth” and that one should “remember why you’re doing it… that it’s for other people.” The chorus hung on her every word.

The tone turned more serious when Whiley met choir member Shadz. She loved to dance, she explained. But she continued to live with the trauma of childhood displacement — and it affected her in all sorts of ways.

“Performing is so scary for me,” she said with tears in her eyes. She added that sometimes she feels unable to leave the house. “Not being able to get out of bed,” she said. “Feel guilty about it, beat yourself up about it.”

“I didn’t mean to make you cry,” Whiley said.

Rough moments like this made feel-good land stronger. Halfway through construction, Knowles realized they were behind schedule. “We have one thing that’s out of place and it’s having a massive knock-on effect,” he said.

And so DIY SOS made… an SOS. Radio Two host Ken Bruce called for more volunteers. And with many of the original contributors agreeing to continue, the project got back on track. Nobody agrees DIY SOS for gripping dramas. As expected, construction was completed and the Getaway Girls volunteers were thrilled with their new facility.

“There’s not a dry eye,” said one. But not everything in the ether needs to be bursting with excitement. This was honestly an upbeat TV, with the celebratory ending, if expected, fully deserved.