“America’s Got Talent” on NBC: Who is Kristin Cruz? The singer is a viral Tiktok sensation 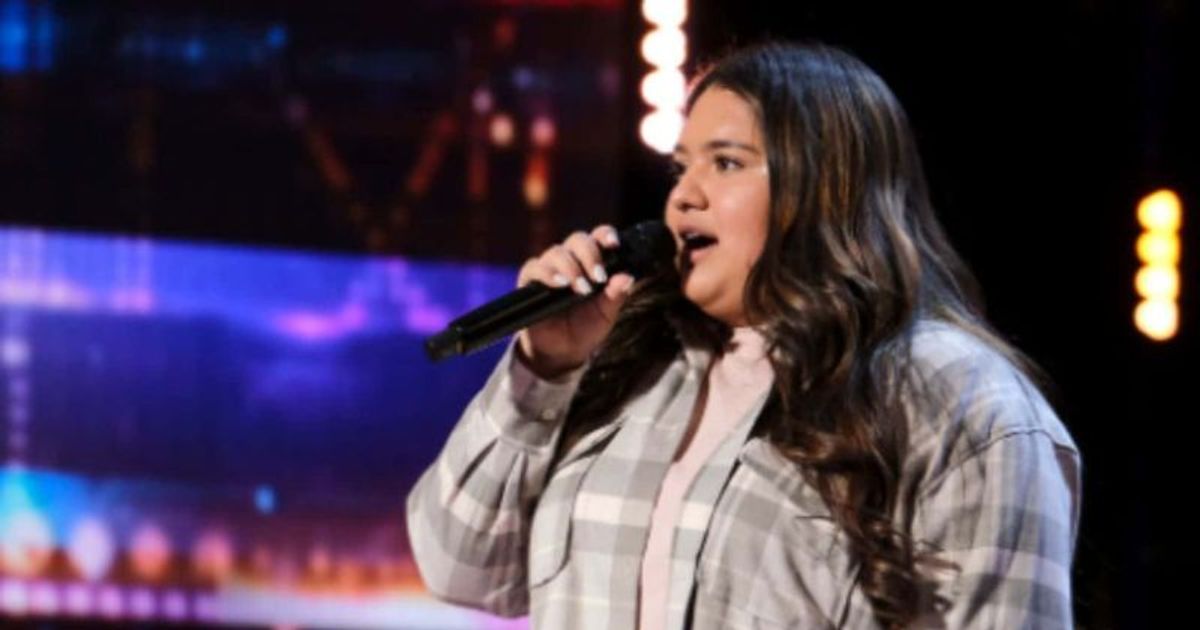 Loved by fans on social media for her melodious voice, Kristin Cruz is ready to wow the judges with her singing

A game changer is when people get a huge chance not only to win a million dollars, but also a huge platform to headline for their fans in Las Vegas. This can drastically change the lives of these artists and is a real thing. For those people who want to do their best to make their dreams come true, NBC’s iconic and popular talent-hunting reality show America’s Got Talent is here to help.

However, it won’t be an easy road for all the aspiring artists and people who would be attending the show. To become worthy enough to win the coveted award and the show, they all have to present new variations in their performances every time and do their best to keep the judges Simon Cowell, Heidi Klum, Howie Mandel and Sofia Vergara alongside the audience of the show to impress .

Who is Kristin Cruz?

‘America’s Got Talent’ has made its comeback to screens and raised the bar too. One of the highly anticipated audition appearances is that of 20-year-old Tiktok viral sensation Kristin Cruz. This riveting vocal performance has been kept top secret by the creators, which has only led to more curiosity and intrigue among fans.

Kristin Cruz is a 20 year old singer. She is a viral sensation on Tiktok with nearly 900,000 followers. Her first TikTok, which received over 1 million views, shows her singing with her mother in the bathroom. She posted a TikTok in February 2021 singing the song “Fighter” by Christina Aguilera which also received a lot of love from her fans and followers.

Kristin Cruz has an active Instagram account where she regularly posts her singing reels and song covers, which also go viral. She has over 242,000 followers on Instagram.

While the creators haven’t revealed anything about their singing audition for Season 17 of America’s Got Talent, it has only added more mystery and definitely increased viewers’ and fans’ curiosity to watch next week’s episode as well.

On May 31st, Kristin gave her followers and fans the cutest surprise on Instagram by posting a series of pictures with herself. In these pictures, we can see that she is giving the vocal performance in Season 17 of America’s Got Talent. Her caption describes her state of happiness and joy: “So excited so tell y’all I auditioned for @agt!! #agt God is so good!’.

As soon as she dropped these pictures, her fans started showing their love and excitement for her in the comments. ‘Ah congratulations!! Many blessings are coming your way!!” one fan wrote. “YES – I was just thinking what on earth is that girl doing at home with that voice?!!! Cheers for you!!” added another fan. “From IG to AGT to Grammy…we’re all watching with pride,” added another user. “It’s unfair to all the other singers, you’re going to win so easily!” wrote one fan. “I never watch this show but I will if you are!” said one fan. ‘A lot Happiness! You have an amazing voice!” remarked one fan.

At this time, the creators have not released or released a preview of the early performance or a short clip related to Kristin Cruz’s captivating vocal performance at the auditions. So, waiting until next week’s episode will really make the audience curious what will be even more fascinating and mind-blowing in this performance they will be watching.

We can’t wait to see Kristin Cruz’s mesmerizing vocal performance in next week’s episode on Tuesday.

Season 17 of America’s Got Talent airs every Tuesday at 8 p.m. ET on NBC. Viewers who want to watch the reality show wirelessly can also use streaming services like Sling TV, fuboTV, Hulu with Live TV, AT&T TV, or YouTube TV.