America’s Got Talent on NBC: Who are the Brown Brothers? Viral autistic musicians demonstrate improvisational skills 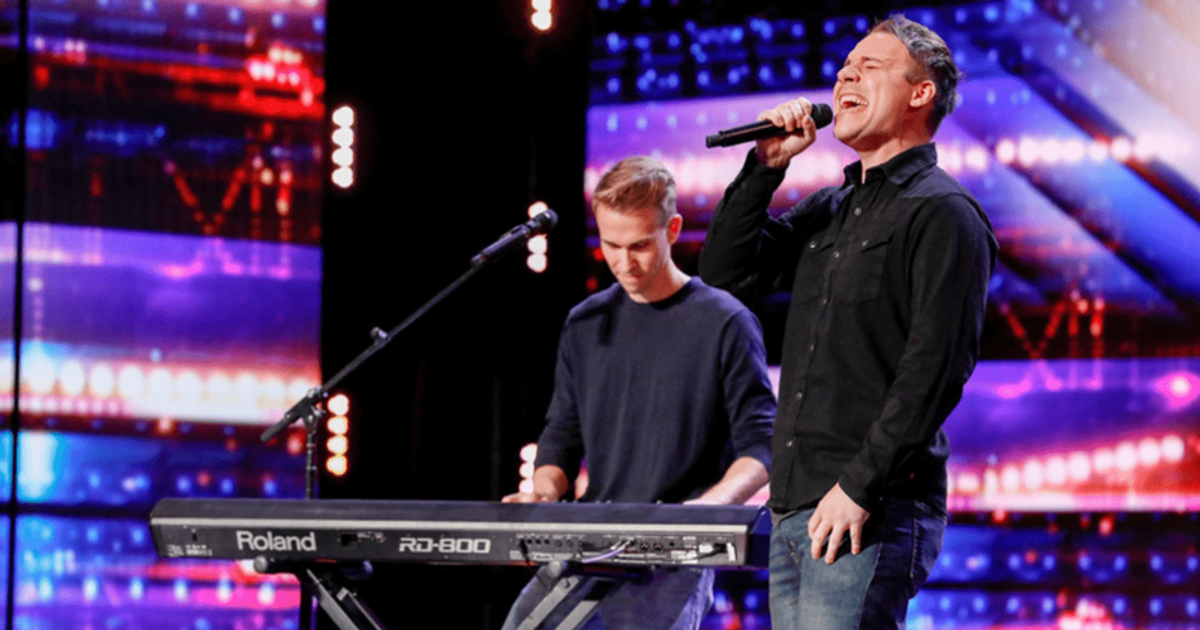 If you’re wondering what sets The Brown Brothers apart from the many other AGT contenders, read on

After trying to get on America’s Got Talent for the last four years, The Brown Brothers aka Gabriel Brown and Nate Brown are finally set to make their big debut on the upcoming episode of the NBC show. If you’re wondering what sets The Brown Brothers apart from the many other contenders on the reality talent hunt show, then read on.

If Gabriel Brown’s face looks familiar, you might recognize him as the man from 18 YouTube vocal impression videos that made him a viral star. While Gabe deals with voice-overs, impressions and singing, his brother Nate is more dedicated to songwriting and producing. Together, the duo hope to wow judges Simon Cowell, Howie Mandel, Sofia Vergara and Heidi Klum with a variety of impressions in their one-of-a-kind musical variety act. Read on to find out more about The Brown Brothers and their appearance on ‘AGT’.

Who are the Brown Brothers?

Gabriel and Nathan Brown form the Brown Brothers. The sibling duo has been performing together for as long as they can remember. During their childhood, the brothers sang the national anthem at various sporting events. Despite being musically inclined, the interesting brothers decided to join the Navy. In an interview with Green Valley News, Gabe said, “We did our own thing and ended up getting back into music while we were in the military. I ended up in the US Navy Band. I enlisted to become a Navy SEAL, but I was injured and couldn’t do it.”

While recovering from his injury, Gabriel turned to music and toured the world with the Navy band. He soon began singing in the native languages ​​of the countries they were touring through. This helped him improve his impression skills. “I sharpened my impressions when I was in the military and sang in different languages. I just learned how to make my voice sound like different voices,” Gabriel explained.

On the other hand, Nate was very interested in enrolling in a music school. But after watching his brother’s successful career in the Navy, Nate changed his mind and decided to follow in Gabriel’s footsteps. He was accepted into the US Naval Academy to become a fighter pilot, which he did for a number of years. “I figured if I could be an officer, I could get him to salute me, and it was kind of a little brother that I wanted to do,” Nate said. While there, he created Navy Beats, which he described as a music club focused on electronic music production. It was funded by the Commandant of the Academy,” the outlet reported.

After her time in the Navy, Gabriel used his impressions and skills as a speaker, not only working as a speaker but also starting his YouTube channel Black Gryph0n which became an instant hit among fans. Nate also started his own YouTube channel, Baasik Music, which he uses as a platform to showcase his songwriting and production. “I’ve mainly produced and written for other artists, but mostly work with Gabe,” he said. “We’ve been making music together for as long as we can remember and it’s something we’ve always loved.”

Gabriel’s impressions caught the attention of ‘AGT’ producers four years ago. “They would reach out to me and see if I was interested and I would say yes, then it would fall through,” he said. “Just this year I came forward and just submitted a video of me for the audition — they were doing video auditions because of COVID. I got a response that an executive producer was also interested and things started to move.

The showrunners wanted Gabriel to do an impressions act paired with music to create a one-of-a-kind variety show. As soon as he heard music, Gabriel immediately enlisted his brother Nate. “I think our best work is when we work together and they really went for it because Simon Cowell really likes family acts and it’s been great for me and us too but I’m really happy with how it turned out is and we hope to continue,” he shared.

Referring to her audition experience, Nate added, “We were a little bit more ourselves in this performance and the producer who worked with us really encouraged us to take some of the professional stage presence that we’ve built since we were young and.” fair be ourselves. We’re both on the autism spectrum, so we have a little bit of those quirks that we’ve learned to hide a little bit when we go on stage.” “We’ve been on a lot of stages, but this was something very different and I had a lot of nerves, partly because the nature of the performance has a lot of improvisational elements in it, so we didn’t really get to rehearse the performance before moving on to the stage. We had to get up there and hope our skills got us through, so that was very unique,” he revealed.

We can’t wait to see the Brown Brothers on AGT.