“America’s Got Talent” on NBC: Who are Chapel Hart? The family trio from New Orleans are making their own mark on country music 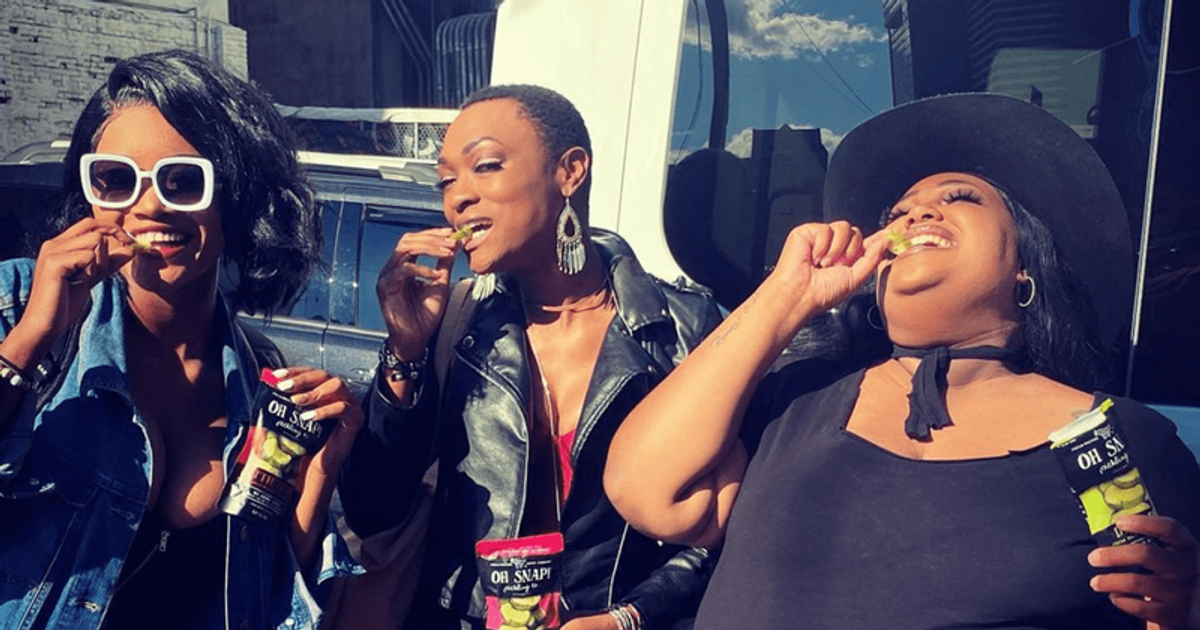 Chapel Hart began in New Orleans, then expanded to include much of Nashville, and eventually spread to the rest of the world. This week, the trio will take the stage on America’s Got Talent to show why they’re the next big thing in country music.

Chapel Hart will appear on NBC’s America’s Got Talent on Tuesday, July 19. In honor of the occasion, the female trio is throwing a viewer’s party in Mississippi. Fans are encouraged to check out their local listings to see how they’re doing and if they’re progressing. Read on to learn more about their country music journey and what they did to get audition ready.

Who are Chapel Hart?

Poplarville residents sisters Devynn Hart and Danica Hart and their cousin Trea Swindle began their musical journey in 2018. After some brainstorming, they named themselves Chapel Hart after a church in their hometown and decided to take their band to the streets . Since then, they have proven they are a true force to be reckoned with.

The band members grew up listening to country music and enjoy the art of storytelling. They have beautiful harmonies and endearing personalities, along with a solid foundation in the genre. Their melodies exemplify country music with a beautiful spiritual undertone. According to Swindle, they’re “three of 108 first cousins,” and one of the few stations they could listen to at home was country music. It was literally always around them, and when they discovered that they all appreciated the storytelling of the genre, it spoke to them the most. It wasn’t an easy journey for the ladies, but they found a way to gift-wrap their Mississippi heritage and Louisiana courage and share it with audiences around the world. They think they’re discovering that when you’re your most honest self, that shines through.

The band already has a large following, performs regularly and has released two studio albums. The ladies are now ready to tug at the hearts of America’s Got Talent viewers. “I think we’re preparing for AGT too, I think it’s hard to figure out what we want to sing, what we’re going to sing, I think we’re going to try to decide on original music. You know, I think if you can showcase your music in America and they’ll be like, ‘Wow, we love it’ or ‘Wow, we hate it’. It’s a true definition of what kind of music you have,” they told News 25.

Chapel Hart’s album Out the Mud was released in 2019 and garnered some attention. However, “Jesus & Alcohol” is her most successful hit to date. It’s already the most played song on Spotify and the trio’s most viewed YouTube video. “Jesus & Alcohol” was written in late 2019 in Nashville in a “tiny, tiny, tiny” hotel room, according to Swindle. Devynn came up with the alliteration – Bible, Bourbon and Breakup – which quickly morphed into the current form of the song, stuffed with her idea. And it’s actually grounded in reality.

“Jesus & Alcohol” gets a significant boost from ZZ Top’s Billy Gibbons, who plays guitar and celebrates a wedding that never happens in the video. Gibbons is an ordained minister who has officiated at several marriages. Industry connections brought them together, and Gibbons immediately signed after hearing about the group claiming to have officially adopted him. He even showed up at a live performance. “Chapel Hart is doing a real groundbreaking thing with three girls that deserves encouragement. They obviously have great talent, and their decision to use it can be respected,” says Gibbons. “To quote ZZ Top from our own song ‘Legs’: ‘They have voices and they know how to use them.’ And country music has benefited from that.”

Country is indeed the glue that holds everything together. Chapel Hart’s sound, on the other hand, delves far into other genres. On the fiery “Cry for Me” Danica Etta conjures up James. “Wheels Are Wings” has classic girl group junk. And ‘Let’s Truck’ has a distinct Gretchen Wilson vibe to it. The trio met in New Orleans, where Swindle originally took up residence about a decade ago. She was soon joined by Danica and eventually Devynn and they began busking on Royal Street, which is famous for its art and music. However, it is strange that the city is deafeningly quiet amid the coronavirus outbreak.

COVID-19, on the other hand, has done little to slow it down. The band is still on the road and performing live. Danica won the 2020 Boswell Media Mississippi Songwriter of the Year competition. And while “Jesus & Alcohol” has the potential to gain popularity, the family act understands there are a number of issues with being black women in a genre that doesn’t typically value women or black musicians. Trea Swindle was inspired by Johnny Cash’s The Ballad of Ira Hayes, while Gretchen Wilson is one of Devynn Hart’s top 3. Additionally, Danica Hart’s artistic journey has been significantly influenced by Gretchen Wilson and Shania Twain.