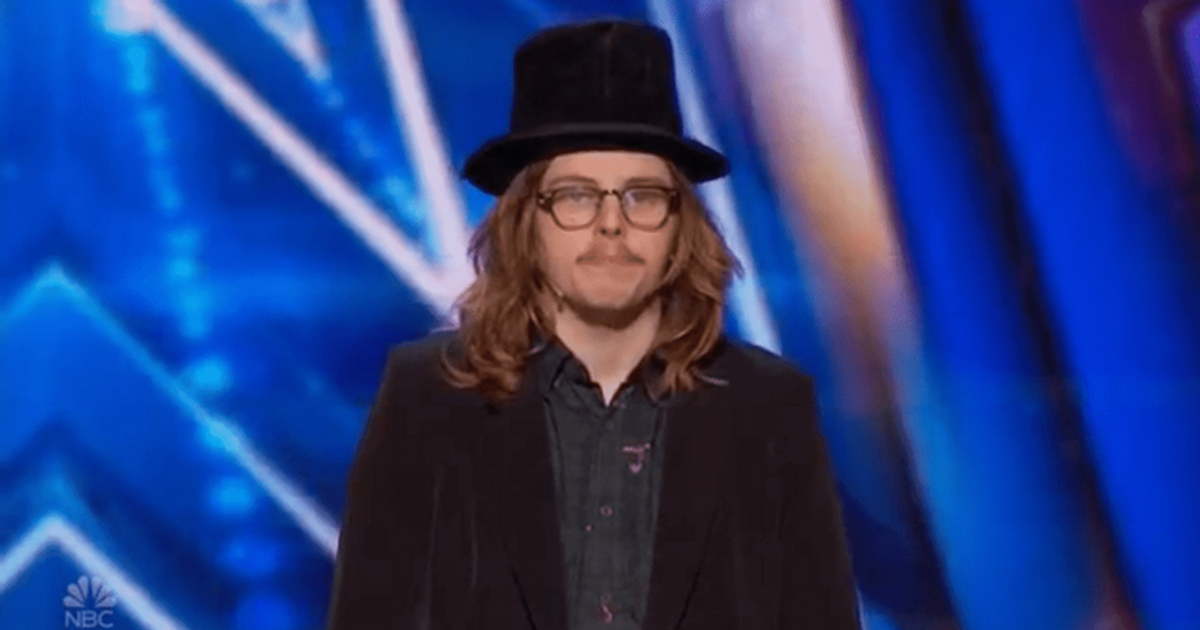 For his performance, Jack Grady cheekily showcased his talent for making a wine bottle disappear off a table and make it reappear on his A**.

Ohio-based magician Jack Grady may have gotten a resounding no from the ‘America’s Got Talent’ judges, but the eliminated magician still managed to make a pretty strong impression on fans of the NBC show. Grady had hoped to show off his rhyming skills on the talent scout show, but barely 30 seconds into his performance, the judges hit no buzzer and sent him off.

For his performance, Grady cheekily showcased his talent for making a wine bottle disappear off a table and reappearing on his ass. The judges, particularly Simon Cowell, were put off by the ruse. Audiences, too, were unfazed by Grady’s tricks, but couldn’t help but notice the striking resemblance between Grady’s appearance and Johnny Depp’s character in Willy Wonka.

One fan tweeted: “Wow those were some of the worst auditions I’ve ever seen. There was clearly no rehearsal, no training for these animals. This wizard literally reminded me of Johnny Depp as Willy Wonka. #AGT #AGT premiere. “This failed glass bottle trick made me laugh. #AGT,” one fan wrote. “Some bad magic Jack! #AGT #AGTAuditions,” pointed out one fan. “It rhymes with glass where the bottle # AGT stood,” added a fan.

Grady wasn’t the only wizard in the Season 17 premiere episode of “AGT.” Rap magician Mervant Vera also showed his talent on the show. Luckily for Mervant, the judges were delighted with his performance and sent him through to the next round. One fan shared: “The rapping wizard should have gotten the #GoldenBuzzer. Totally unique and fun. #agt #AmericasGotTalent.” “A rapping wizard?! Wow, that’s a first. I already love this guy. #AGT #AGTPrimiere,” commented one fan. “I’m not sure the name of the wizard who rapped on #AGT but I loved him!!” added a fan. “Mervant, a wizard, a musician and a rapper!!! A real Renaissance man a fan.