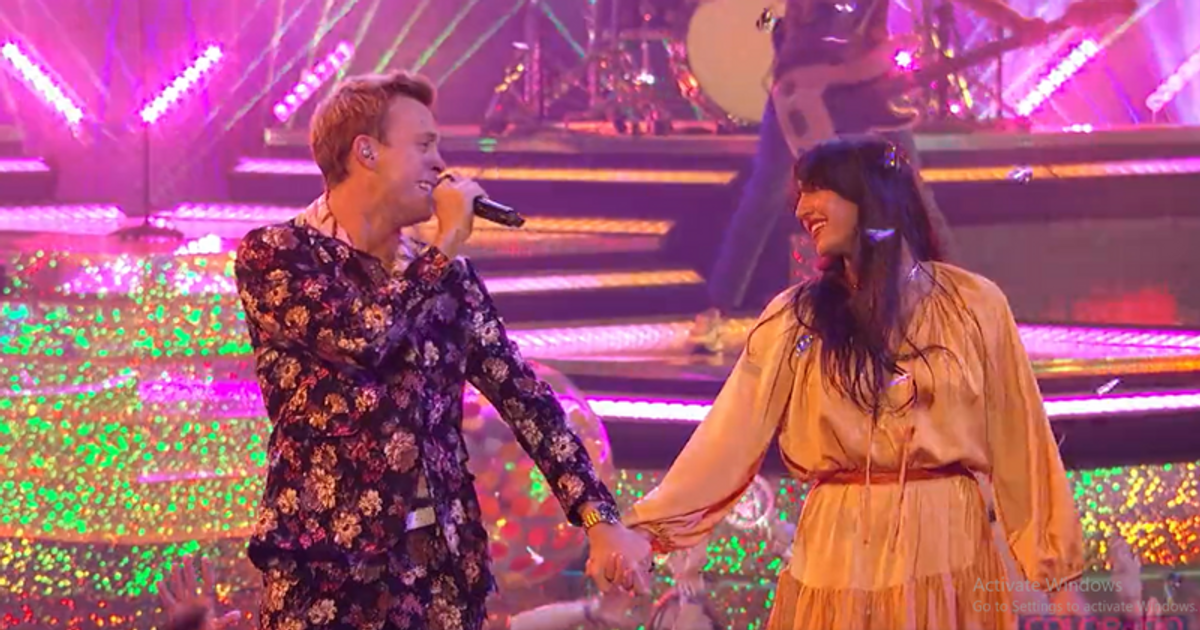 Riker Lynch wowed viewers when he danced onstage with his wife, Savannah Latimer, at the season finale of the American Song Contest.

Riker Lynch’s versatility is well known among music lovers. He knows how to captivate his audience whether he is performing solo or as part of a group. He has also proven to be a reality television master (as a season 20 runner-up on Dancing with the Stars) and a brilliant performer (Terror Eyes). In the American version of “Eurovision,” the 30-year-old “Riker and the Beachcombers” and “R5” artist represented his home state of Colorado. The NBC series featured live original music performances representing all 50 states, five US territories and the nation’s capital, competing for the country’s pick for Best Hit Song.

Riker’s performances over the weeks not only delighted the jury, but also received a high turnout in the fan voting. He did the same in the season finale. Lynch shared with co-host Kelly Clarkson that he’s much more confident about his performance after finding his energy as a solo artist. To reinforce his performance, he even invited his wife, Savannah Latimer, to the final leg of his performance.

Ryker Lynch, a “trop-pop superstar” according to Snoop, was Monday’s final contestant. Despite the obvious impact that “Feel the Love” had on live audiences, Lynch was never ranked higher than number six by the judges. Fans were disappointed with the jury’s verdict and expressed their disappointment on social media. One fan said, “Damn, the judges sat the whole contest on Riker Lynch… Which is sad because “Feel the Love” is a BOP #AmericanSongContest.”

It was fascinating and exciting to watch these ranks change. It was exciting when America’s votes essentially overruled the jury’s findings. Fans practically screamed in front of the TV as the judges’ votes were announced, and then the state totals were added, happy that Oklahoma’s AleXa had won but also that another fan favorite, Riker Lynch, finished second.

Lynch’s performance, on the other hand, was very well received by the audience. They took to social media to show their admiration for the song, labeling it a “bopper.” One user tweeted, “To be fair I can feel the love right now because of the bopper song! Well done for this #awesome achievement, @RikerLynch! #AmericanSongContest #ASC #Eurovision #ESC #RikerLynch #[email protected] @Eurovision @EBU_HQ.”

Another fan wrote: “@RikerLynch forever and ever proud of uuuuuuuuuu !!!!!! Thank you for making us feel the love!!!!!!!! literally one of my favorite songs of all time #AmericanSongContest.”