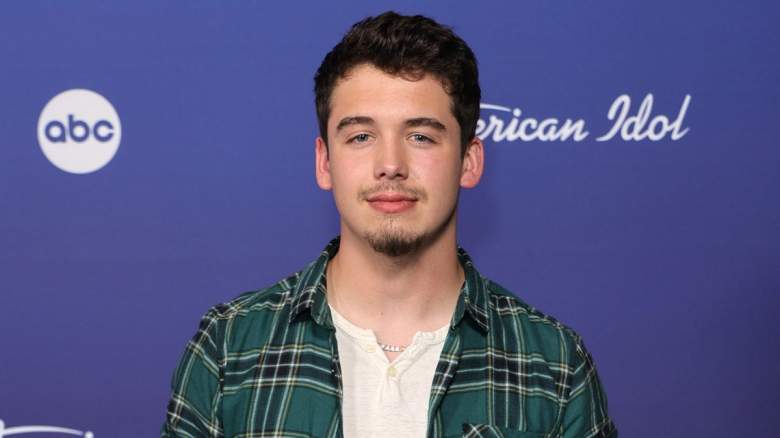 American Idol Season 20 winner Noah Thompson has had a very busy fall, from releasing a new single “Make You Rich” to co-headlining a concert tour with runner-up HunterGirl. But after the holidays, he plans to ring in the new year with a big move from his hometown to Nashville. Here’s what you need to know…

On “American Idol,” Thompson wowed viewers with his country sound and tales of his humble beginnings. He often spoke in pre-taped segments about his hometown of Louisa, Kentucky, where he worked in construction and raised a young boy, Walker Lee, with girlfriend Angel Dixon before auditioning for the show.

Since his big win, Thompson, 20, has traveled five hours back and forth between Louisa, where his old friends and family are, and Nashville, where his music label, “Idol” friends and music opportunities are. But in a Nov. 15 interview with Country Swag, the outlet reported that the 20-year-old plans to “officially” move to Nashville in January 2023.

It’s not clear if he will make the move alone. When Thompson rose to fame as the winner of “Idol” in May 2022, rumors of a split circulated with Dixon, who was spotted visiting Thompson on the show on several occasions. But rumors of a romance with HunterGirl also surfaced.

Though Thompson hasn’t disclosed much about his relationship status with Dixon, he shot down the fuss over HunterGirl, who he considers one of his best friends, after they became close while filming “Idol.” In fact, in an Aug. 11 interview with Country Nights, he said he’s tired of all the rumors, especially those blaming HunterGirl, with whom he co-headlined a concert tour this fall.

“The only thing that bothers me is that people say me and Angel broke up and they blame whoever,” he said. “Or they say this or that and that’s crazy. Hunter did nothing. Nothing like that happened.”

Thompson added that HunterGirl and Angel are actually “good friends.” In a June interview with Music Mayhem, Thompson said HunterGirl tried to convince him to move to Nashville.

“She really wants me to move to Nashville,” Thompson said. “I definitely considered that, because that’s where country music is. It’s definitely a thought. However, I have become so used to my small hometown that it will be almost hard to leave. But to do what I want, what I shoot at, that’s the risk you have to take.

When Thompson won “American Idol,” he had only been to Nashville once. On his second trip there in June to perform at CMA Fest, he told Music Mayhem he feels far more comfortable there than in Los Angeles.

“Down here (in Nashville) I don’t feel far from home. I mean, it almost feels the same,” he said at the time. “It’s kind of hard to believe I’m doing all this down here. It’s just really fun.”

In a Nov. 1 Country Now profile, Thompson said he will do whatever it takes to make his career a success and give his son a better life, including relocating to be closer to the action.

“I’m just a kid, you know, and I have a little boy of my own,” he said. “I mean, he’s my life. He really is. He means everything to me. This whole change has been really hard for me, but I know I will never be able to care for this child the way I can. I mean that’s the honest truth. I wasn’t the smartest guy in the world. I didn’t go to college, didn’t have the money to go to college so it was a dream come true. It’s really.”

Before traveling to Nashville, Thompson will ring in 2023 in Kentucky and co-headline a New Year’s Eve show with Chase Matthew at the Appalachian Wireless Arena in Pike, Kentucky.