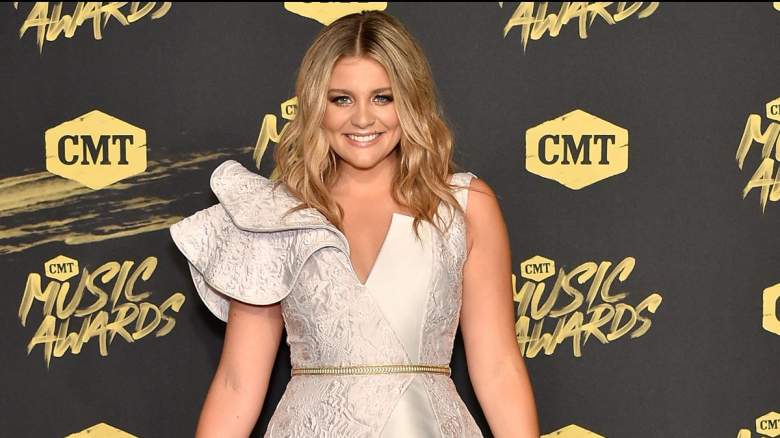 Country star Lauren Alaina just capped an amazing year by announcing that she’s engaged. The “American Idol” graduate, who came second to Scotty McCreery on the show in 2011, was inducted into the Grand Ole Opry in February, signed a major record deal with Big Loud Records in July and is now engaged to her boyfriend of over two years , which she’s kept secret from the public—until now.

On November 19, 2022, Alaina announced her engagement during a performance at the Grand Ole Opry in Nashville and brought her reluctant fiancé on stage to introduce him to her fans after keeping their relationship under wraps for more than two years. The next morning, she posted photos from the night to social media, revealing her engagement and the identity of her future husband: Cameron Arnold.

On the post, Alaina wrote: “BRIDE be damned y’all. My best friend @arnold.cam asked me to marry him and I announced it to my favorite place on earth @opry. I didn’t know happiness and excitement like this existed. I can’t wait to be Mrs. Cameron Scott Arnold.”

She added an engagement ring emoji and created a new hashtag, #Laurnold, combining her first and his last name.

Alaina recently revealed that she is dating someone special. During an appearance on Audacy’s Rob + Holly Show in February, Alaina shared that she’d been in a relationship with someone she described as “tall and handsome” for a year and a half, adding that her country star Jon Pardi has his stamp had pressed the consent.

“I just never posted anything about him or anything because he’s all mine,” she said at the time. “He’s just a normal guy. He’s a businessman, wears a suit to work every day. He’s a regular guy, he’s from Georgia, I’m from Georgia and Jon Pardi likes him!”

In an Instagram video posted by Country Now, Alaina could be seen urging Arnold to come on stage during her performance at the Grand Ole Opry as the crowd cheered.

When he came out from backstage and joined her, she said: “Everyone, this is my fiancee. I told him he had to come over and we had to take a picture! So let’s do it because this is the circle and I’m going to put my hand up and do this thing.”

Alaina then quickly posed for photos, raising her left hand to show off her ring while Arnold smiled. He then walked back off the stage as she said, “Make some noise for my husband-to-be!”

Laughing, she shared with the audience that Arnold’s entrance into the spotlight required a little negotiation.

“He didn’t want that,” she exclaimed. “He likes being in the shadows, and he was like, ‘You’re not making me come out of there.’ And I said, ‘You’re not, don’t get a picture in a circle. So we negotiated and he came out for the photo!”

Alaina revealed that the engagement happened the night before, on November 18, and that she hadn’t told anyone yet.

“No one knows I haven’t told anyone so I told you first,” she shared to cheers from the audience.

The timing of the engagement allowed Alaina to share the news in one of her favorite places. Back in February, when she was inducted into the Grand Ole Opry on February 12, she said that performing alongside getting married has always been a dream of hers.

“Ever since I was a little girl I’ve dreamed of this moment,” Alaina said during a tearful speech, according to CMT. “Most little girls dream of their marriage. I dreamed of that. Hopefully I can have a wedding now too and we’re done.”

Though Alaina has kept her beau’s identity a secret, he revealed their relationship in an Instagram post on Aug. 4, 2021, sharing a photo of them dining at The Continental, a restaurant on the ground floor of the Hyatt Hotel Nashville. Joking that his girlfriend had just found a job, he revealed in the post that it was their one year anniversary of dating.

Like Alaina, Arnold is from Georgia. According to LinkedIn, he relocated to Nashville in 2015 after earning his bachelor’s degree from Auburn University in Alabama and a Bachelor of Business Administration from Middle Georgia State University. Today he works as Vice President of Sales for a local insurance company.

Although Alaina has spoken frequently about her hopes for an upcoming wedding, including her delight at receiving the bouquet at HARDY’s recent wedding, Alaina told the Grand Ole Opry crowd that she wasn’t expecting Arnold’s proposal and was speechless after it happened was.

“I talk a lot, as you all saw, and I didn’t speak for about 45 seconds when I looked at this ring and realized what was happening,” she said. “I didn’t see it coming. It was perfect in every way and I can’t wait to spend forever with him so I wanted to share it!”