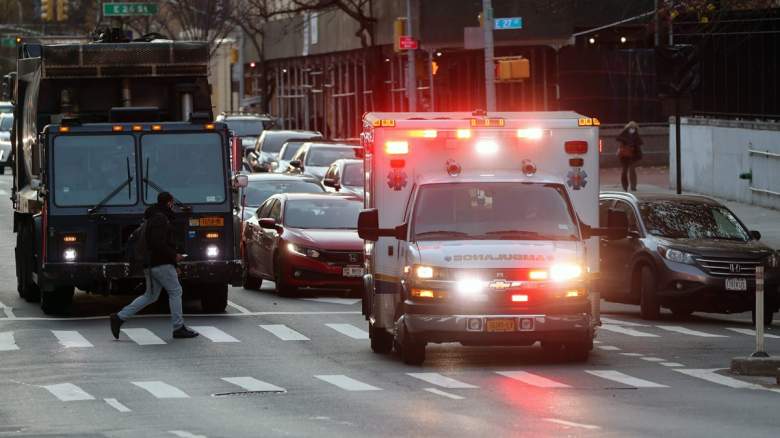 After a tumultuous four months in hospital, “American Idol” fan favorite Casey Abrams said doctors saved his life after he was rushed back to the hospital for emergency surgery. The talented jazz bassist and singer, who placed sixth on season 10 of “Idol,” is recovering slowly but has more surgeries ahead of him. Here’s what you need to know…

Abrams updated fans on social media on Nov. 23, 2022 with video from his hospital bed, revealing his long-running battle with ulcerative colitis was over — but only because he had to have his entire colon removed due to uncontrollable bleeding.

“I went to the hospital four times and on my fourth visit I was bleeding so badly I had to have emergency surgery to save my life,” Abrams captioned his social media post.

He continued: “It’s been a month since the surgery and I’m recovering well. I’ve had to cancel all my gigs for the rest of the year and still have an operation or two ahead of me. I’ll keep you posted, but from now on I’ll start singing, making music and playing my bass again.”

Abrams also thanked the staff at Providence St. Joseph Hospital, his parents and “everyone who has reached out over the past three months.”

In his video, Abrams can be seen in his hospital bed saying, “Hey, what’s up, I just got my colon out and I miss the upright bass, but that’s enough.” He then plays a fast riff on an acoustic guitar and holds it like a bass.

Reinhart wrote: “Trooper is an understatement my dear friend… you were a warrior! I’m so thankful to see you on the mend… Sending you healing energies, always Case!”

James Durbin, who placed fourth on the same season of Idol with Abrams and Reinhart, wrote: “We love you so much Casey. I’m glad you got the care you needed in a timely manner and are feeling better. We miss you”

This isn’t the first time Abrams has opened up about his battles with ulcerative colitis. In fact, he’s been a vocal advocate for those suffering from the disease since his journey on American Idol.

In 2011, he first opened up about his condition after missing one of the live elimination shows on “Idol” because he needed two blood transfusions.

According to the Chrohn’s & Colitis Foundation, “Ulcerative colitis is a chronic disease of the colon in which the lining of the colon becomes inflamed and tiny open sores, or ulcers, develop.”

The condition is a result of the immune system’s overactive response, but many patients shy away from discussing it because it can be embarrassing to talk about symptoms, including urgent bowel movements, bloody stools, abdominal pain, and blood in the stool, which can lead to weight loss can , anemia and other side effects that affect a person’s quality of life.

In August 2011, after his trip with “Idol,” Abrams spoke to the LA Times about his condition and why patients often avoid talking about it.

“It’s really not talked about a lot because during a flare-up you go to the bathroom 10-14 times a day and there’s blood and it’s kind of embarrassing,” he said. “But if you have it, you need to talk about it, you need to see a doctor. When I was in college, I had symptoms for two to three weeks—I was weak and couldn’t walk across campus without being out of breath. I thought it was an insect – I had stomach cramps, I was getting pale and I was losing a lot of blood.”

He continued, “If you have UC or Crohn’s disease, you don’t want that to define you as a person. I wanted [the show] only revolve around the music. And I think it was. I don’t think that defines me as a person. I think it’s part of me, a little obstacle that I have to hurdle over every day and I think you have to look at it that way.”

When medication, diet changes, and supplements don’t control symptoms, severe cases like Abrams’ require surgery. Uncontrollable bleeding can result in the need for a colectomy, which removes the entire colon, according to the Mayo Clinic, and usually requires additional surgeries to reattach the remaining parts of a patient’s digestive system so waste can leave the body.

Before his final hospitalization, Abrams released a cover of “Hooked on a Feeling,” Eva and the Vagabond Tales, which is available on all major music platforms.