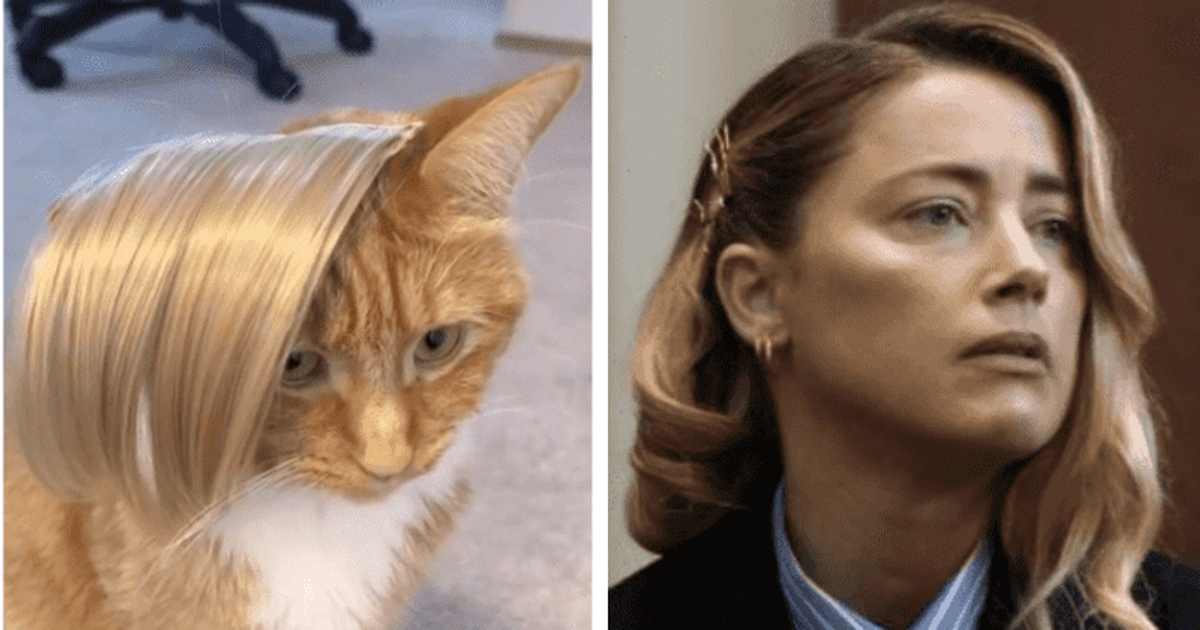 TikTok is seeing another bizarre trend following the defamation lawsuit between Amber Heard and Johnny Depp. Dozens of clips have been created on this short-form video platform over the past few days using the video or audio of Amber Heard’s testimony during the trial. Certain videos with millions of views have seen the creators emulate, dance to, or just make fun of the “Aquaman” actress.

One video in particular, which racked up over 30 million views in a five-day period, features a video of Heard emotionally testifying on the witness stand and is overlaid with an iconic clip of Kim Kardashian in a judge’s robes saying : “Ew, so that’s cringe. Guilty.” from an episode of “Saturday Night Live”

Amber Heard’s childhood friend blows a hole in her statement that she ‘wasn’t a Johnny Depp fan’.

Videos with the hashtag “amberturd” got tons of views. According to TikTok, the hashtag has over 1.2 billion views. This includes a video posted by TikTok user @sansanjovs, which has been viewed almost 10 million times, showing a mocking re-enactment of Heard’s statement. Another viral TikTok posted on Sunday May 8 has been viewed over 14 million times. It features a blonde-wigged cat (to portray Amber Heard) and Depp’s Jack Sparrow in Pirates of the Caribbean. The 9-second video clip is captioned, “Johnny looks so innocent!” The audio used could be heard saying, “I walked out of the bedroom. [Depp] punched me in the face. And I said, ‘Johnny, you hit me. You just hit me.”

TikTok removed several videos that used Heard’s statement as audio. The company says this is against anti-bullying policies and they will continue to enforce these rules. TikTok’s Community Guidelines state in part that they “ban content that disparages victims of violent tragedy.” According to TikTok’s policy, “We remove slurs, including threats or demeaning language, intended to mock, humiliate, embarrass, intimidate, or hurt any person.

However, in addition to the above videos, as of Monday afternoon, May 9th, several TikToks were still found on the platform using Amber Heard’s testimony as audio. Heard told the jury in court last week: “It’s horrible for me to sit here for weeks and relive it all. This is the most painful and difficult thing I’ve ever been through.”

Depp has sued Heard for $50 million, claiming she destroyed his career by alluding to her allegations of domestic violence in a 2018 op-ed for The Washington Post, though she didn’t name him in the article.