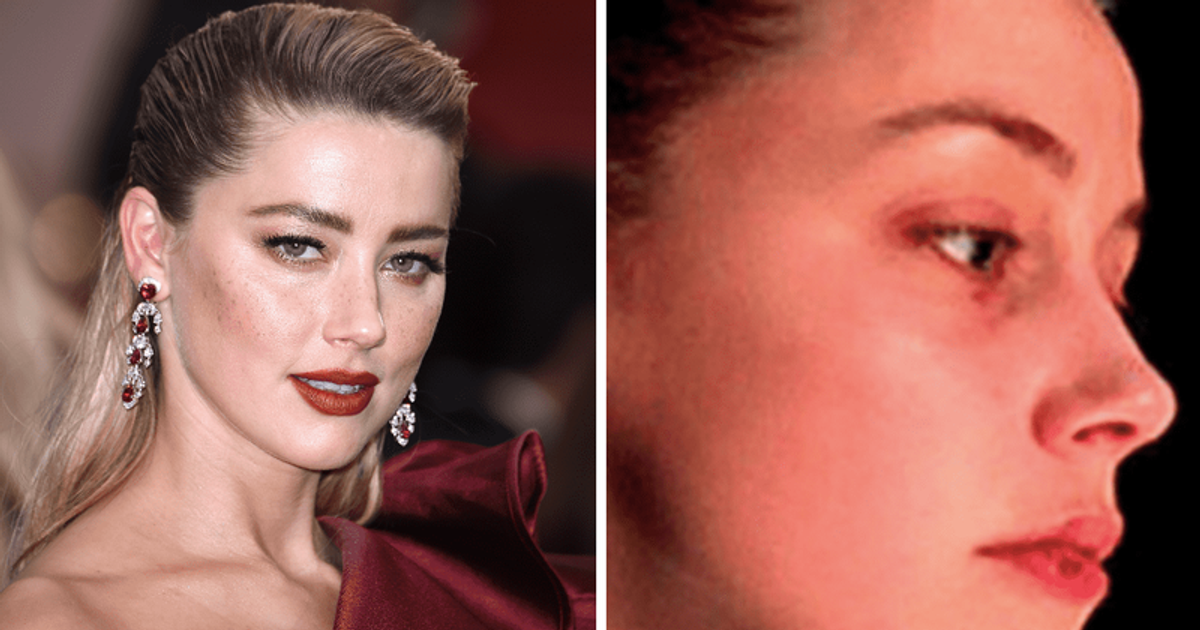 Johnny Depp fans have pointed out that Heard had a “swollen lip” in pictures over the years, even before she met Depp

It seems that the saga of Amber Heard and Johnny Depp has made everyone “experts” on one thing or another. The two actors are currently engaged in a legal duel in a Virginia court. The courtroom drama centers on a 2018 comment by the 36-year-old actress in which she describes herself as a domestic violence survivor.

While she didn’t name Depp in her essay, her legal team accused her of blaming the 58-year-old for all of her alleged agony and is suing her for $50 million. Heard didn’t back down and sued her ex-husband for $100 million. Now the ex-couple leaves no stone unturned to prove their innocence and the other as the perpetrator in their past relationship.

While there is a group of people who support Heard in her allegations, there are many who believe she is lying. One of those supporters of the actress shared a collage of her pictures on Twitter and hinted that she was actually a victim while dating Depp. The supporter wrote: “Here we see 2 things clearly • #AmberHeard swollen lips even after applying makeup. • Her dedication to her work even after being physically assaulted by her ex-husband (J0nny Deep) #IStandWithAmberHeard.”

But soon, fans of the ‘Fantastic Beasts and Where to Find Them’ star came up with a bizarre ‘herpes theory’ to dismiss the domestic violence allegations. One Depp fan wrote: “This is also a symptom of herpes 🤷🏻‍♀️ most people have it and lip plucking provokes it to flare up. Amber Heard often has spots and sores on her lips, before JD and after him. What a world we live in where we start to pass on inflammation from picking/a virus as abuse 🤦🏻‍♀️.” But Heard’s supporter fired back, saying, “I think you have herpes virus in your brain… Go see a doctor.”

Then Depp’s fan went into detail to prove the “Heard has herpes” theory. They said: “It appears to be tissue damage caused by trauma. Trauma occurs with herpes because the outbreaks tend to occur in the same places. Also, a lip balm like Amber would likely continue to touch her lips in the event of an outbreak as the itchy/burning sensation is difficult to ignore.” The same person, known by the username @lena_neige, has had a number of tweets over the years featuring Heard’s pictures, which read, “Here she is in 2009 at the ‘Whip It’ premiere. Shocking, I know the lip is swollen in the same place. Amber Heard at the opening of the D&G flagship store in 2008, lower lip swollen again in the same place.”

“Here is Amber Heard at Mercedes-Benz Fashion Week 2010. You can look this up on google, no need to take my word for it. Swollen lower lip in the exact same place. Amber Heard in 2018 at the Hollywood Foreign Press Association’s Grants Banquet. Could it be that she has the same swollen spot as always? Hmm 🤔 I wonder?” the user added.

When someone complimented @lena_neige for sharing her analysis with Heard’s photos, she replied: “Thanks 💜 Just trying to let people see what’s in front of them. I can’t believe they’re trying to pin that on Johnny when it’s been there all along!”

But not just @lena_neige, Twitter was full of similar shots of Heard’s swollen lip. A hater of the actress tweeted: “Could #AmberHeard have HSV, herpes simplex virus (cold sores). She has a lot of lip problems.” The second said: “The fact that Amber Heard says her split lips are from Johnny Depp but everyone agrees it looks like herpes just blows my mind!! You can tell it’s herpes, it looks gross.” “Amber Heard in a commercial for…possibly L’Oreal? …with her bleeding, cracked, cracked lips. We even have proof in court that she can’t stop habitually picking her lips. A woman should not be able to use her constant lip-picking as “proof” that her husband hit her,” the third added.