Amber Heard was “emaciated” towards the end of her marriage to Depp, reveals sister Whitney Henriquez 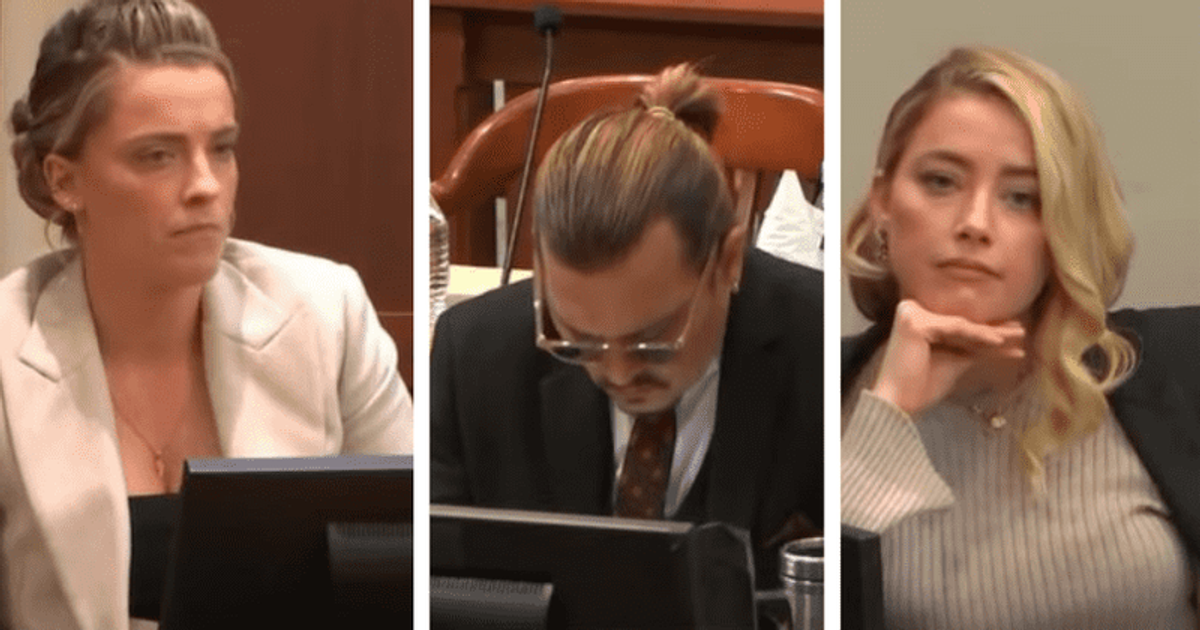 According to Henriquez, Heard woke her up in the middle of a night at Depp’s LA home and said, “Can you believe he’s cheating on me?” Henriquez then went to the kitchen to talk to Depp. She told the court, “I can tell he’s clearly drunk and also has a bottle of alcohol in front of him.” “He’s talking to me about how Amber found those text messages between him and a woman … and then he starts to.” saying that this woman was meaningless, it wasn’t special, she’s not special, but then he immediately switched to ‘Amber pushes me. Amber made me do it. Of course I’m cheating on her,” she added.

According to Henriquez, that’s when Heard showed up and started swearing at Depp. “She called him old and fat. It was a struggle. They said really nasty things to each other,” she explained. Henriquez explained she then left the kitchen to go upstairs with Heard and Depp’s nurse, Debbie Lloyd. Apparently, Depp then threw a Red Bull can at Lloyd’s back, which the nurse didn’t seem to notice. “I’m at the top of the stairs with my back to the stairs and then Johnny runs up the stairs. He comes up behind me and hits me in the back…he hits me in the back, I hear Amber yell, ‘Don’t hit my fucking sister,'” she explained. Henriquez claimed Heard then punched Depp.

Heard previously confirmed slapping Depp in her statement during the altercation and claims she is afraid he might kill her sister or cause her to fall down the steps. Depp has stated that he did not throw the can and did not hit Heard. Henriquez claimed she later heard Depp scream and destroy things. Her sister’s clothes racks were toppled and her wardrobe damaged, she said.

Henriquez claimed Depp then asked her to sign a non-disclosure agreement. “It’s basically, as I understand it, a contract to keep things private. Basically to shut up,” she noted. Henriquez also testified that Depp falsely accused her of leaking material to the press while she was staying in a Depp penthouse. She denied the accusation, claiming she didn’t sign the contract, and moved out shortly thereafter.

Henriquez previously testified that her family initially adored Depp, but over time Heard became “physically ill.” She described Heard as a “happy, happy, funny, loving thing. Always surrounded by friends. And it was just progression … so slow in hindsight, it’s like watching a gunshot in slow motion.” According to her sister, Heard wasn’t sleeping well and wasn’t as “sociable” as she used to be at the end of her relationship with Depp. Henriquez added: “She was so bad physically. She really weighed like 100 pounds soaking wet. She was emaciated, she wasn’t sleeping… she just looked different.”

Whitney Henriquez was invited by Heard’s attorneys to testify in the widespread defamation lawsuit. According to Henriquez, Depp initially made mild comments about Heard’s clothing and appearance, but gradually became more dominant. The scrutiny apparently extended to Heard’s work life, beginning with comments about what work was detrimental to her career and growth. “And then all of a sudden he has a problem with her taking any job or any audition… it was another fight. He would often say things like, “I don’t even understand why she has to work. I’ll take care of her, I’ll take care of you.” It was one of those things that he ended up vehemently opposed to her working at all,” Henriquez explained.