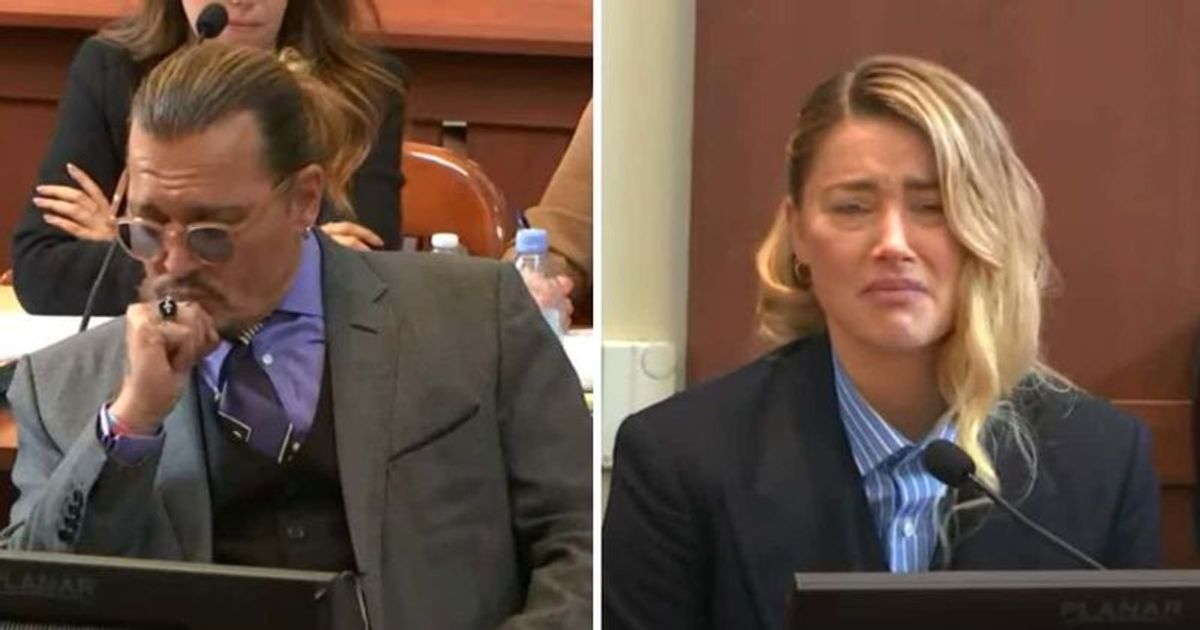 Amber Heard testified on Wednesday April 4 that Depp was that Jekyll and Hyde man who hit her and threatened to kill her if he abused drugs and alcohol. The ‘Aquaman’ actress took a stand over three weeks after Depp’s side presented her case. “He was the love of my life, but he was also this other thing … And that other thing was terrible,” Heard said in the Fairfax, Virginia courtroom. “A terrible thing that would come out and take over and you couldn’t see the Johnny I loved underneath it,” he added, calling Depp a “monster.”

“When I was with Johnny, I felt like I was the most beautiful person in the world,” she said. “It made me feel seen. I felt like a million bucks.” She testified that the turning point in their relationship came when Depp first hit her in 2013. “I’ll never forget it. It changed my life,” she said.

Heard said the two were sitting on a couch when she asked him about a tattoo he had that she couldn’t recognize. Depp told her it was called “Wino,” which was a cover-up for a previous tattoo that read “Winona Forever.” This prompted Heard to laugh, but Depp, who reportedly didn’t find it funny, slapped her in the face, Heard said. “I laughed because I didn’t know what else to do. I thought this must be a joke,” she said. You think that’s funny, bitch? You think you’re a funny bi***?”

Depp allegedly hit her again and then began begging for forgiveness. “I’ll never do that again, I’m so sorry baby… I thought I put the monster away,” Depp reportedly said. She said Depp would also smash things, break furniture, throw cups at her and call her a “who.” She also accused Depp of being jealous and suspecting her of cheating by burning a painting given to her by an ex-lover.

Heard accused Depp of threatening to kill her while they were in the Bahamas in July 2013. “He smacks my neck and holds me there for a second and tells me he could fucking kill me and that I’d be an embarrassment,” she said. Heard said that although she was allegedly abused, she hoped that things would eventually get better.”What kept me going was waiting for the other shoe to fall off, the sobriety shoe,” she said.But she claimed that with Depp’s ongoing drug and alcohol addiction, things are only going to get worse .

Heard recalled filming a movie based on the life of Hunter S. Thompson when the two had a kissing scene. “It didn’t feel like a normal scene anymore … it felt more real,” Heard told the judges. “He grabbed my face and pulled me to him and actually kissed me.”

Heard recently fired her public relations team and switched to a new one days before she testified in court. Heard last week that crisis PR firm Precision Strategies has been abandoned because it was unhappy with the coverage of the process. In recent developments in the case, Johnny Depp’s bodyguard, Malcolm Connolly, said he noticed injuries and blemishes on the actor’s face as his marriage to Amber Heard grew strained. On Thursday, April 28, Connolly commented at the Johnny Depp-Amber Heard trial, telling the court that he had seen Depp go from happily in love to “calm” as Heard became “more dominant” and “demanding” became.

Another update on the case revealed that Amber Heard was reportedly demanding a payout from Johnny Depp in exchange for not going public with her life of scandal. Heard said she would not immediately file a protective order if her estranged husband allowed her access to his SUV and three penthouses in downtown Los Angeles at his expense, a 2016 letter revealed at the trial.

Depp has ended his testimony in his $50 million defamation lawsuit against Heard. During the trial, the actor claimed he was telling the “truth” for the sake of his family and children. He also claimed that Heard’s allegations against him ruined his relationships in Hollywood. The process should take at least six weeks. While jurors have heard several conflicting reports about the former couple’s relationship, Heard’s team has portrayed Depp as an abusive partner who regularly engaged in alcohol and drugs. Depp’s team, on the other hand, has called Heard’s allegations of violence a “hoax” and claimed it was a deliberate attempt to tarnish Depp’s reputation.