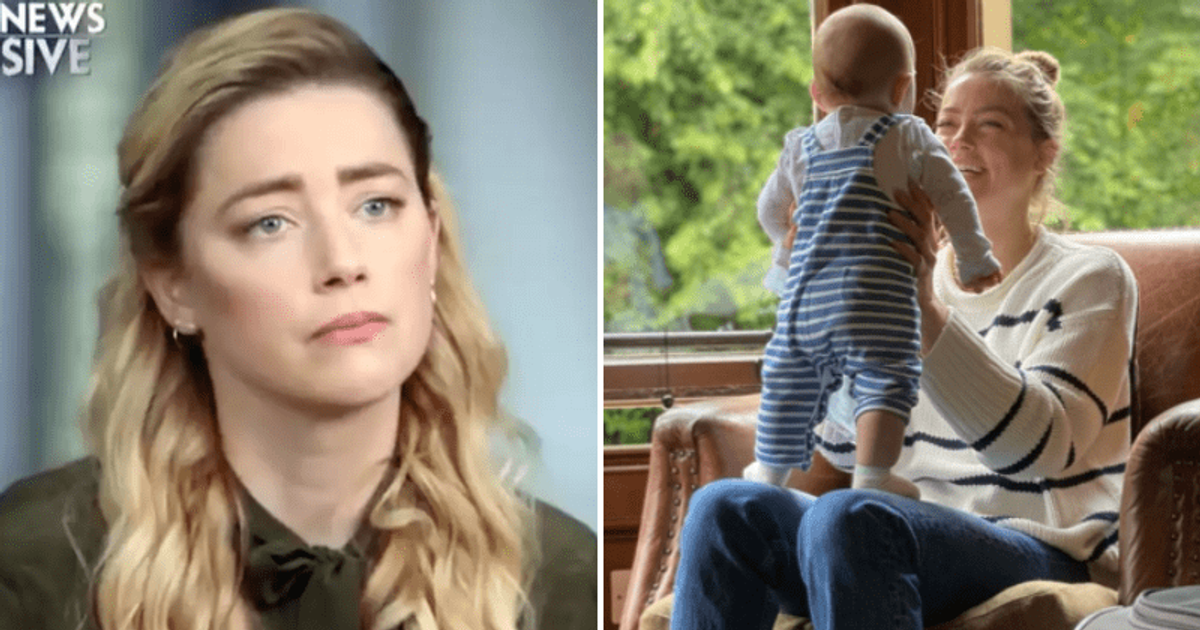 Heard said she’s glad she can now focus on her 14-month-old daughter, Oonagh Paige, after months of dealing with the defamation lawsuit

Amber Heard hopes her arduous ordeal in the courtroom will “mean something” for her daughter when she grows up.

The 36-year-old Hollywood actress is reportedly planning to appeal the jury’s unanimous verdict in her ex-husband Johnny Depp’s (59) defamation case. A Virginia-based jury ruled overwhelmingly in Depp’s favor, awarding him more than $10 million in damages after ruling that Heard defamed him in a 2018 Washington Post op-ed for “becoming a public figure.” , which depicts domestic violence”. While she didn’t mention Depp in the essay, his attorneys argued that the ramifications were obvious and hurt their client’s career. However, the jury also awarded Heard $2 million in damages for one of her three counterclaims for defamation.

‘Incomprehensible drivel’: Amber Heard trolled for invoking ‘the Greeks’ in a BIZARRE interview

During her interview with Today’s Savannah Guthrie this week, Heard called the verdict a “setback” for women and that she was “afraid” it would mean more “silencing” of survivors hoping to air their allegations. In a teaser of the session from NBC News, Heard shared that she’s glad she can finally focus on her 14-month-old daughter, Oonagh Paige, after months of being busy with lawyers.

Heard announced last July that she welcomed a baby through surrogacy on April 8, 2021. She explained at the time that “four years ago I decided to have a child” and “would do it on my own terms.” The entangled actress celebrated her baby’s first birthday just before the defamation trial began. “My little O is one year old today. I still can’t believe you’re here. The most amazing year,” she wrote on Instagram.

“How do you see your future now?” Guthrie asked Heard on Wednesday when her face lit up. “I’m going to be a mom, full-time, you know? Where I don’t have to juggle lawyers,” the actress replied. Guthrie then asked: “One day you might want to tell your daughter about it or need to tell your daughter everything you’ve been through. What would you want to say?” Heard responded, “I think no matter what … it’s going to mean something,” adding, “I did the right thing. I have done everything to stand up for myself and the truth.”

Ironically, Heard’s response was similar to Depp’s statement after he emerged victorious on June 1. “Telling the truth was something I owed to my children and to all those who have steadfastly supported me, finally got it done,” he said after the verdict. “I hope that my quest to speak the truth will help others men or women who have found themselves in my situation and that those who support them never give up,” he added, thanking the jury when they “gave my life back to me.”

Depp, who has two children with his ex Vanessa Paradis – son Jack, 20, and daughter Lily-Rose, 23 – also thanked his fans for their support and felt he had done the “right thing”. He said: “To all my most valued, loyal and unwavering supporters. We’ve been everywhere together, we’ve seen everything together. We walked the same path together. And now we will all move forward together.”

Speaking to Guthrie, Heard also claimed she didn’t have “fair representation” on social media during the trial. She had expressed similar concerns during her time on the witness stand, when she revealed she was “bombarded” by “vitriol” and death threats from Depp Stans online, some of which also threatened her baby daughter. “I am harassed, humiliated, threatened every day. Even just walking into this courtroom, sitting here in front of the world, having had the worst parts of my life, things that I’ve been through, I used to be humiliated. People want to kill me and they tell me every day. People want to put my baby in the microwave and they tell me so,” she told the panel of seven as millions tuned in to see the live event.