‘All those hours of shoeshine’: Internet horrified as royal guards forced to walk through horse poop at Queen’s funeral 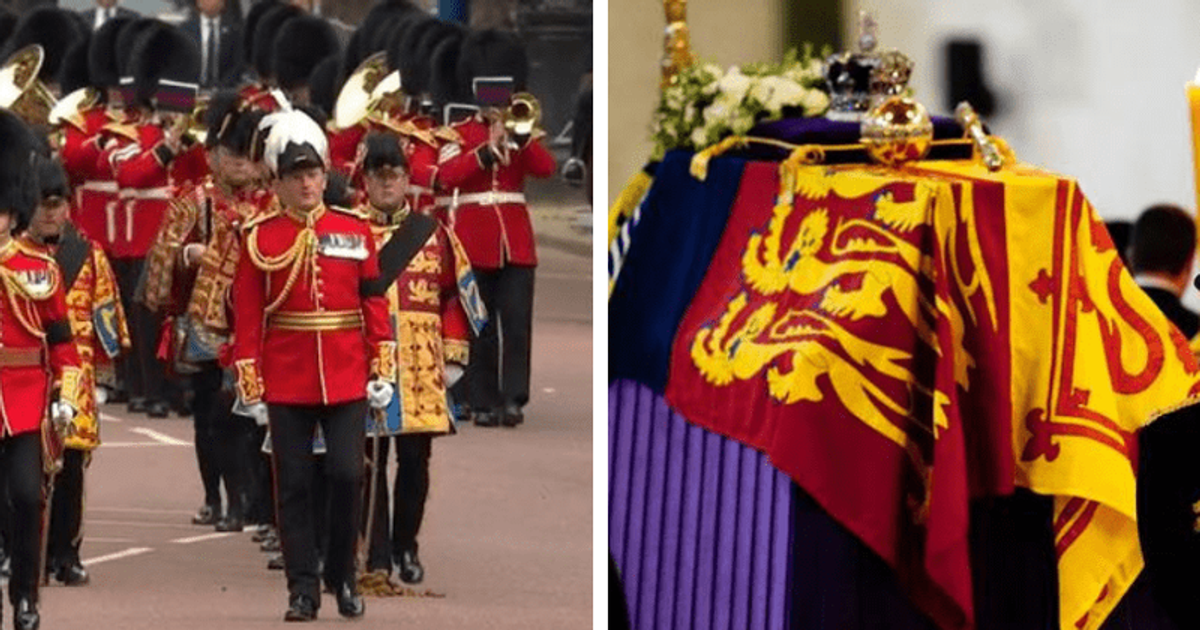 Some of the horses involved in the procession left large turds on the march route. The shit was thrown straight onto the processional path and the royal guards had no choice but to march through the poo with their freshly shined shoes.

LONDON, UNITED KINGDOM: While Mother Nature was in favor during the Queen’s funeral on Monday 19 September as skies remained dry and temperatures were not too brisk, unfortunately animals are unpredictable about certain things.

‘She’ll never come back to ride her’: Royal fans were moved to tears as Queen’s beloved pony Emma said goodbye

A procession took place across London on Monday 19 September as the late Queen’s coffin made its way through the capital to Windsor, where she will be buried alongside her husband Prince Philip. The Queen’s funeral was attended by many British and foreign dignitaries and the Royal Family, all of whom paid tribute to Her Majesty.

The internet quickly picked up all the poo jokes, with many saying how bad they felt for all the guards who had no choice but to trudge through the poo. Among footage shared on TikTok of royal guards marching through horse poop, people were quick to speak out. one wrote: “All those hours of shoeshine.” Another viewer said: “What did you feed the horses yesterday? It was everywhere.” “Why don’t they have bags to collect it so people don’t have to step in,” added another “For King and Country.” commented another viewer. “Welcome to military parades. If you’re skilled enough you can kick it behind the legs of the guy in front of you,” joked another TikToker.

The royal guards are said to remain alert at all times while on duty in uniform, meaning that if a guard faints or takes an awkward path, they cannot react.

@MemoirsOfAManc posted the video on Twitter with the caption: “We’re playing the game ‘Will they or won’t they stand in the horse shit?'”

Another user @nei_takk tweeted, “I have so many questions about the Queen’s funeral and most of them are about horse poo logistics.”

@redskynight tweeted, saying: “Always feel a little sorry for those who have to walk right through a pile of shit left by one of the horses and pretend they didn’t notice #queenfuneral.”