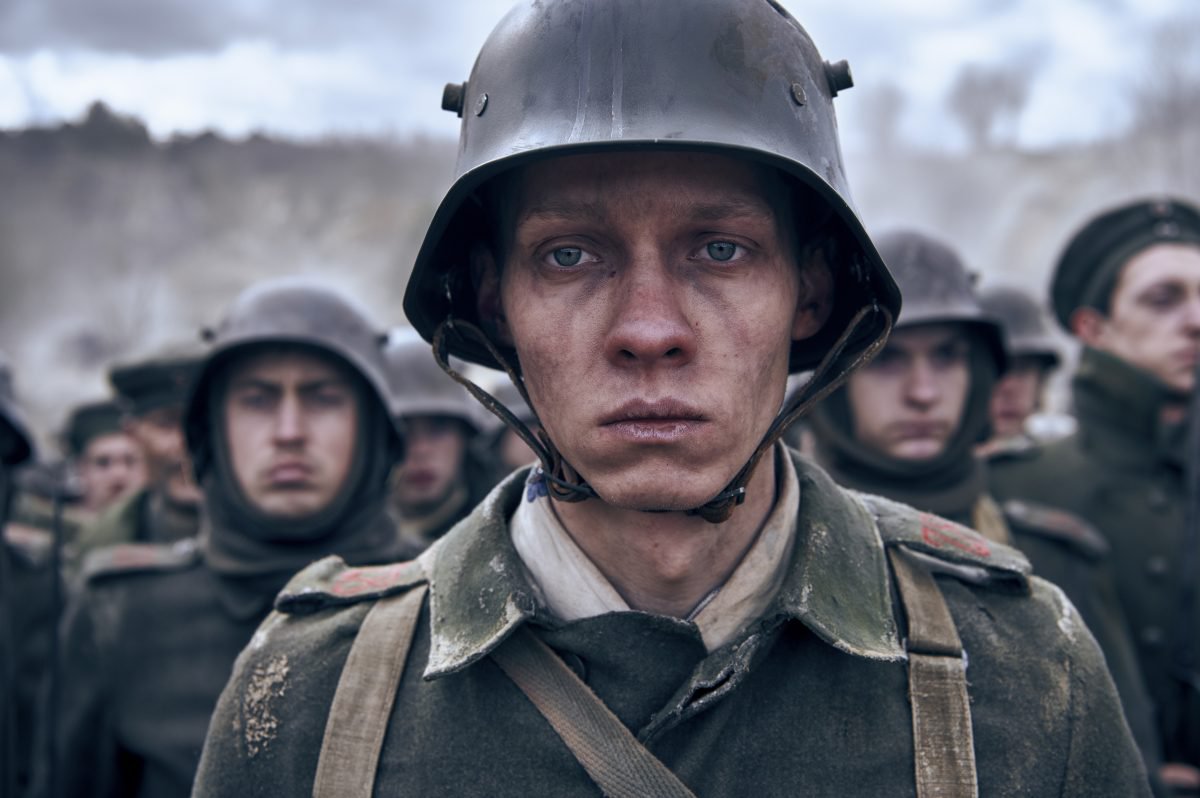 The latest of many adaptations of the classic anti-war novel, this is a brilliantly shot film that nonetheless can’t help but feel a little derivative

In the last 90 years we have had so many films and television dramas set in the trenches that there is very little new to say about the war to end all wars now. This particular story was also told at least four times. Erich Maria Remarque’s classic anti-war novel from 1929 nothing new in the Westabout the horrible experiences of a young German soldier in World War I, was filmed as an early Hollywood talkie in 1930 and remade as a television film in 1979.

The new Netflix-supported version, premiering in Toronto this week, is the first German adaptation of the book. Directed by Edward Berger (best known to British audiences for his work with Benedict Cumberbatch on television Patrick Melrose), this is a brutal, brilliantly shot film that still feels a little trite.

Berger fills the film with shots reminiscent of Hieronymus Bosch’s most apocalyptic paintings. An early high-angle image of soldiers’ bodies stuck in mud and ice captures the absolute misery of the conflict. This is followed by a chilling sequence in which we see uniforms being ripped from corpses and stuffed into massive laundry bags. The clothes are cleaned, ironed, sewn back together, and given out like new to unsuspecting new recruits (although recruiting officers sometimes forget to pull off the old name tags).

Paul Bäumer (played by newcomer Felix Kammerer) is a teenager about to graduate from high school and desperate to join the army. His teachers fueled his patriotic dreams with their rousing speeches about the “Iron Youth of Germany”. Once he and his friends arrive at the front, they inevitably realize that there is no glory at all, only violence and suffering. “It’s all like a fever – nobody wants it, but suddenly it’s there,” observes a character as war contaminates and corrupts everything.

Berger shows how quickly the naïve young Paul transforms into a battle-hardened, dirt-encrusted veteran whose main goal is simply to stay alive. As in other recent films by Sam Mendes’ 1917 to Peter Jackson’s documentary They shouldn’t grow old, we see soldiers going “over the top” to attack the enemy position. They are mowed down by machine guns or blown up.

In the last part of the film they are also confronted with flamethrowers and tanks. In such grim circumstances, the only relief comes from the camaraderie Paul shares with the other soldiers, particularly Stanislaus “Kat” Katczinsky (Albrecht Schuch), who becomes a father figure to him. Together they experience adventures, steal a goose from French farmers and talk about their dreams and plans for the future. Kat, a former shoemaker, is illiterate and so Paul reads him his often heartbreaking letters from home.

Meanwhile, the Germans are clearly losing the war. Berger inserts sequences showing a high-ranking diplomat (Daniel Brühl) negotiating a truce that turns out to be “perfidious” and humiliating. He also has interludes with conceited army generals who care far more about military honor than the welfare of their troops.

The film demonstrates excellently how quickly the young soldiers are dehumanized. In a very dark scene, Paul stabs a French officer to death after they are trapped together in the same bomb crater. He realizes he is killing someone very much like himself and is filled with shame and guilt when he discovers photos of the dead man’s family.

Remarque’s novel was relatively short, but Berger’s film clocks in at a weighty two and a half hours—and becomes more of a dirge the longer it goes on. Sometimes the storytelling threatens to get stuck like the soldiers facing each other in no man’s land. Kammerer brings nervous energy and intensity to his role as Paul, but his character has nowhere to go.

Given the current events in Ukraine, the project acquires an additional thematic resonance. As a drama, however, it quickly packs itself into a corner.

nothing new in the West Premiered at the Toronto International Film Festival. It launches in select cinemas in the UK on October 14th and on Netflix on October 28th