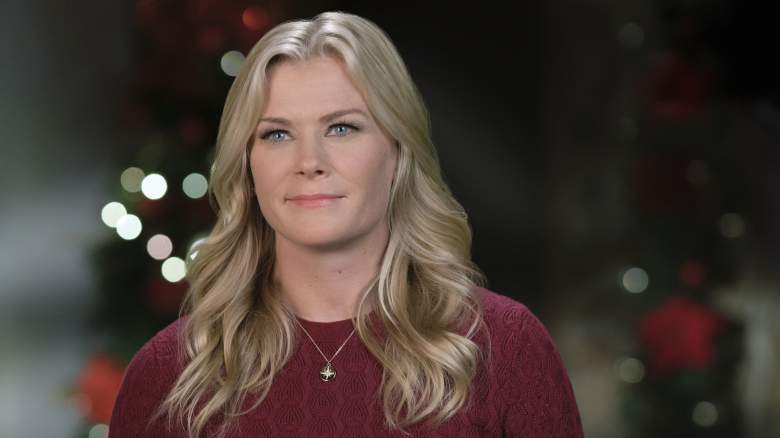 Alison Sweeney has signed a major deal with Hallmark Media. Sweeney’s fans are celebrating the welcome message and hoping it will bring new episodes of the mystery series Hannah Swensen.

Sweeney has signed a multi-picture deal with Hallmark Media (formerly Crown Media), according to Deadline. The news was announced on Sweeney’s birthday. The article did not reveal whether this was an exclusive contract or not.

Sweeney tweeted about the announcement, sharing with fans: “So grateful to be working with all the talented folks at @hallmarkchannel!!!! Thank you 🙏 💕 🎥”

Lisa Hamilton Daly, Executive Vice President, Programming, Hallmark Media, told Deadline about the deal, “Alison Sweeney has been an incredible creative partner for us over the years – both on screen and behind the camera as a producer. She’s a long-time fan favorite and we can’t wait to continue our collaboration as we bring new stories to life.”

Sweeney told Deadline about the deal, “I am delighted to continue working with Hallmark as they continue to support my work as an actress and producer. I am very proud of our Christmas film and look forward to the upcoming projects!”

The last Hannah Swensen movie aired over a year ago in August 2021. It was the sixth film in the series, but also marked a rebrand after the first five were called Murder She Baked.

Sweeney’s first film as part of her new deal is A Magical Christmas Village, in which she will star alongside Luke Macfarlane, Deadline revealed. In the film, Sweeney portrays an architect named Summer who lives in a small town and raises their daughter Chloe (Maesa Nicholson). Her mother Vivian (Marlo Thomas) moves in, bringing with her a Christmas village known for granting wishes – perhaps including meeting Ryan, played by Macfarlane. Sweeney is executive producer of the Christmas movie.

Macfarlane has previously said that this Christmas movie will likely be his last film with Hallmark. In an interview with the LA Times, Macfarlane broke the news while filming the Christmas movie.

“They’ve been very good to me, but I think I told my story with these people for now,” Macfarlane told the LA Times. “I mean, how many firefighters can I play?”

This will be Macfarlane’s 14th film with Hallmark.

He told Yahoo in an interview: “Hallmark gave me jobs for a long time. And not just the gay best friend – they let me be a leading man. I will always be very grateful to them for that.”