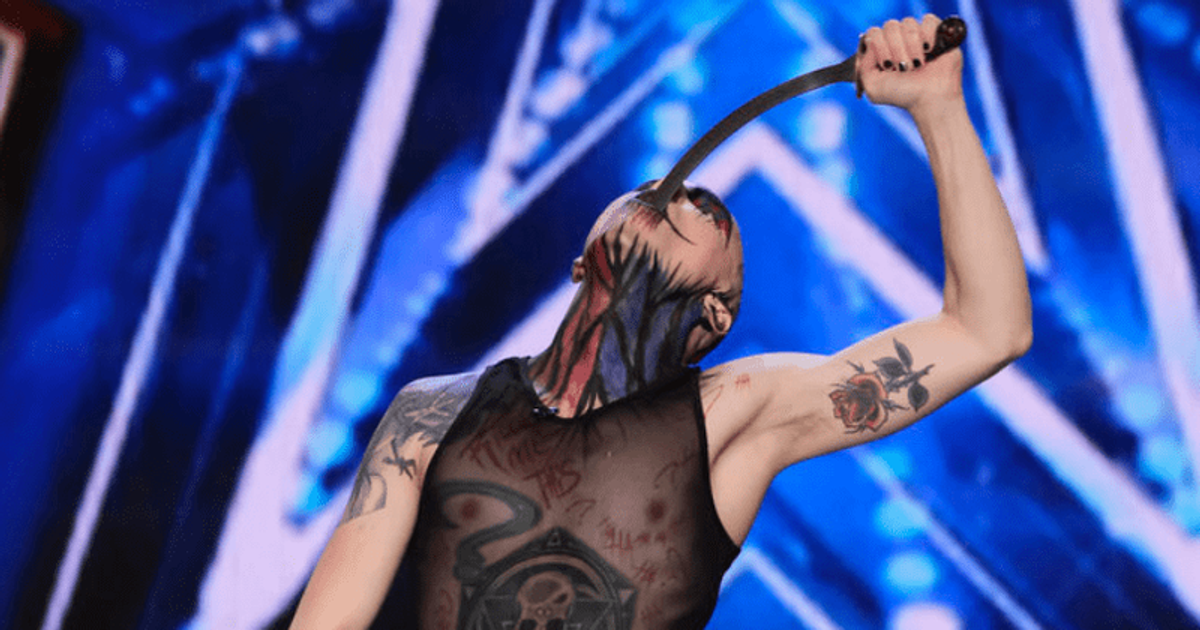 With Howie Mandel helping Auzzy Blood with his show, Blood made quite an impression on the judges

When it comes to America’s Got Talent, it’s best to expect the unexpected. The show has probably seen every act under the sun, from the weird to the wonderful to the downright outrageous. Some acts are often astounding, considering that they really transcend the limits of the human mind and body

When it comes to dangerous acts, fans have seen Chiko and the Balla brothers put on some amazing performances. But Auzzy Blood, a Vegas-based performer, was ready to step it up a few notches. Auzzy Blood introduced himself to the judges as a “sideshow freak” and explained that he “endangers his life” to entertain people while showing them that they can do anything they put their minds to.

When Simon Cowell asked him what brought him to this act, he explained that being from Las Vegas and seeing all the different acts around he thought he could do it. When asked if he thought he would win, he believed he could as he pushed his limits more than others and hoped the judges and audience would enjoy that today. Right off the bat, Blood’s shock performance was through the roof as his death-defying and dangerous acts intensified by the minute.

He even had Howie Mandel help him with a number where he swallowed a sword with Howie squirming the whole time. When Simon asked what to expect from Blood next, he confidently commented that if he made it to the next round, he would try to break a world record. With Howie Mandel calling him the “Beetlejuice” of the sideshows, Auzzy Blood got the four yeses he needed to get ahead. The fans were visibly impressed and freaked out. “Give that man the golden buzzer! Please, for once! #AGT,” said one fan. “Okay, I said Jack Skellington, but an even crazier Beetlejuice is pretty accurate too. Well done Ozzie Blood #AGT #AmericasGotTalent,” added another. “I’m literally sick but awesome #agt,” said one fan. “Auzzy was amazing and I saw a lot of sword swallowers on this show too #AGT,” one fan tweeted.