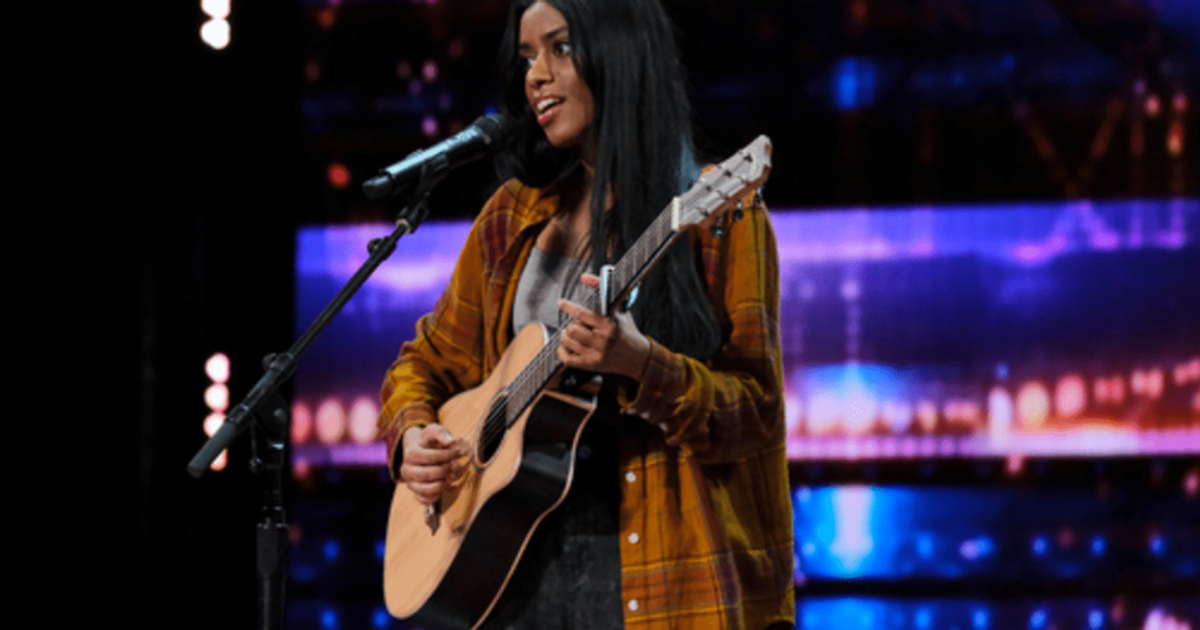 “Debbii Dawson has such a unique voice. I definitely see them going far,” said one fan

Debbii Dawson had a night to remember with “America’s Got Talent” on Tuesday night, from Simon lamenting her parents’ absence from the audition to her exquisite rendition of a popular pop song. The LA girl’s voice captivated users on social media.

Debbii Dawson is a singer, songwriter and producer specializing in indie pop and R&B. Dawson was born in Minnesota and moved to San Francisco before settling in Los Angeles. She specializes in bringing unique acoustic interpretations to popular songs, and that’s exactly what she did when she auditioned for AGT. The final singer of the night delivered a stripped down version of ABBA’s “Dancing Queen”. Mandel described her as “star quality,” and Twitter users couldn’t agree more.

Debii Dawson’s ultimate goal is to win AGT so she can come out and show the world what she’s passionate about. Simon replies that despite being nervous, Debii looks confident as she walks inside. For Debii, who lives in Los Angeles, music is more than just a passion; it is her legacy. Her grandfather in India taught himself to play the organ by sketching a keyboard on concrete with charcoal. So he taught himself and later her father who eventually taught her. They were accomplished musicians. Her father immigrated to the United States and attended college there.

She tells the story of her parents meeting at college when her mother was playing the piano in the rehearsal room and her father happened to drop by. They eventually fell in love. Simon couldn’t help but joke about her parents not being present at the auditions. Despite his comment that this is not a good sign, Debii blasts the audition ceiling as she sings ABBA’s “Dancing Queen” while strumming her guitar. All judges and the audience gave her a standing ovation.

Heidi continued with Simon’s joke, lamenting the fact that her parents were not present. Simon thinks they missed a golden opportunity. Howie said it sounded “really sweet and soothing” and had star potential. Sofia admits there’s something about Debii that makes her want to listen to her voice all day. It’s fantastic and she loves it. Heidi thought it was beautiful, but wished she looked up more often because she wanted to see her — her beautiful self and great voice. Simon adds that he liked how Debii took one of the most iconic pop tunes of all time and literally made it her own. He confirms that he will remember the audition and is over the moon that she auditioned for the show. With all four yeses from the judges, they forced her to call her parents and revealed the fact that she was the one asking them not to be there.

Meanwhile, fans praised Debii and her unique voice, with many clamoring to see more of her in the future. One fan tweeted: “Debbii Dawson has such a unique voice. I definitely see her going far #AGT.” Another fan makes an early prediction for Debii: “Alright very early #AGT prediction but this girl with the guitar is gonna win it all, I think her name is Debbie.” One fan named Debbie’s version of “Dancing Queen” her new favorite: “Possibly my new favorite cover of Dancing Queen. I love it and her! #AGT.”

One fan tweeted how hilarious it was for the show to play the original version of the song after Debii’s inventive performance: “Absolutely hilarious that they decided to pay for the original version of Dancing Queen right after this girl with the most imaginative version of the song came out song i ever heard #AGT.” Dubbing her voice folksy, one fan tweeted, “She has a folksy voice #AGT.” Predicting that she could one day fill an arena, one fan wrote, “Debbi Dawson. One of a kind voice. It could fill an arena one day. #AGT.”

One fan praised the crowd for not initially being able to identify the song from its cover, writing, “The crowd didn’t even recognize it before the pre-chorus #AGT. That was really an inventive rearrangement.” Another fan compared her voice to Kacey Musgrave’s: “Nice country voice. Kinda like a Kacey Musgrave’s sound. #AGT“. However, one fan called out to Simon for pestering Debii about her parents’ whereabouts: “Why does Simon have to be mean to someone whose parents aren’t around? Wild and inappropriate. And disrespectful. #AGT.”