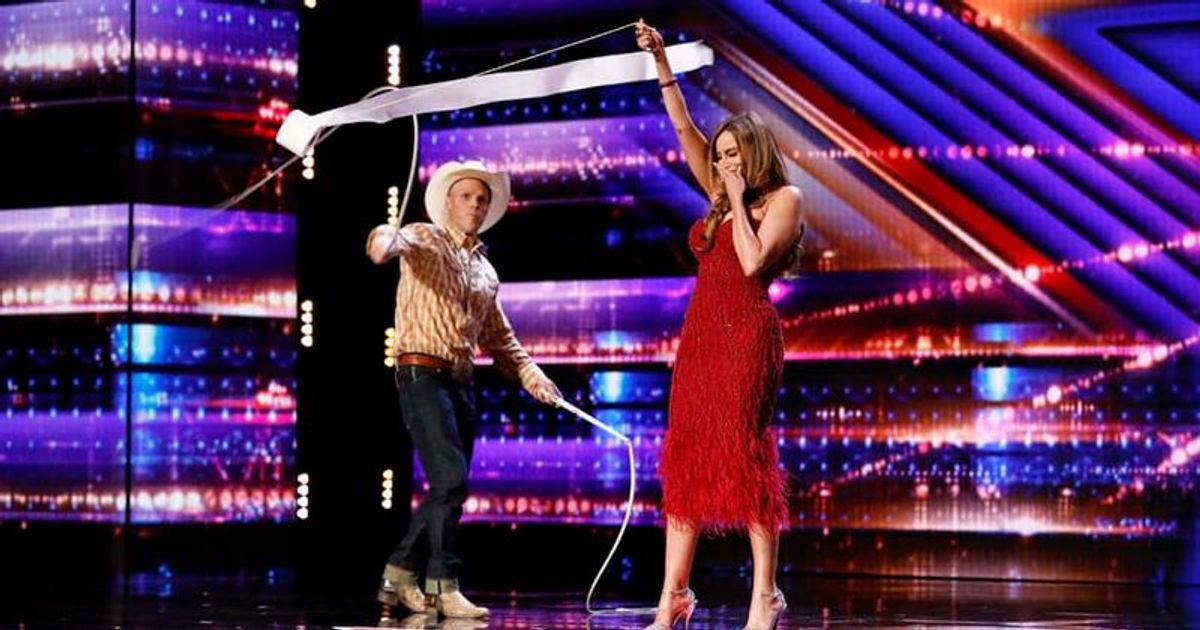 When it comes to showcasing your skills on America’s Got Talent, being the best certainly helps. This is definitely true of Adam Winrich, a 30-time Guinness World Record holder in whip cracking. Winrich has several titles to his name – including most whip cracks in one minute with two whips, most fire whip cracks in one minute and loudest whip crack at 148.7 dB(A). When asked about his future, Winrich wanted to keep whip-cracking as long as possible, hopefully well into his 60s and 70s.

Before that, however, Winrich had to take over the “AGT” stage. Certainly some unique acts like Mia Morris and Siegfried and Joy made it through to the next round this season. Will Winrich be able to join them? Read on to find out!

At the beginning of his performance, Winrich stated that he would need a volunteer, and the audience quickly suggested bringing Sofia Vergara on stage. Although Simon Cowell was quick to say no, Winrich’s performance eventually picked up the pace. While Sofia was still undecided with her answer, the audience and Heidi Klum encouraged her to say yes, with the latter offering to go on stage next time so Sofia could see the next performance instead. Winrich made it to the next round with two yeses. Fans online weren’t impressed by the sheer amount of toilet paper wasted during the act. “lmao #agt throwing toilet paper, using ropes and walking in between, is anyone talented? lmao,” asked one fan. “This act was so disrespectful to toilet paper. #AGT,” added another. “Lost so much toilet paper… SAVE THE TREES! #AGT,” said one fan. “AGT’s toilet paper budget for this one act. #AGT,” joked another.

TOP STORIES
IS THIS WHEN IT BEGAN? The James Webb Telescope releases a stunning image that is almost 13 BILLION years old

Were you impressed by Adam Winrich’s whip cracking? Or are you also annoyed by the toilet paper waste? Sound off the comments below!