‘AGT’ Season 17: Fans are hoping Kieran Rhodes will ‘make it big’ after hearing his original song 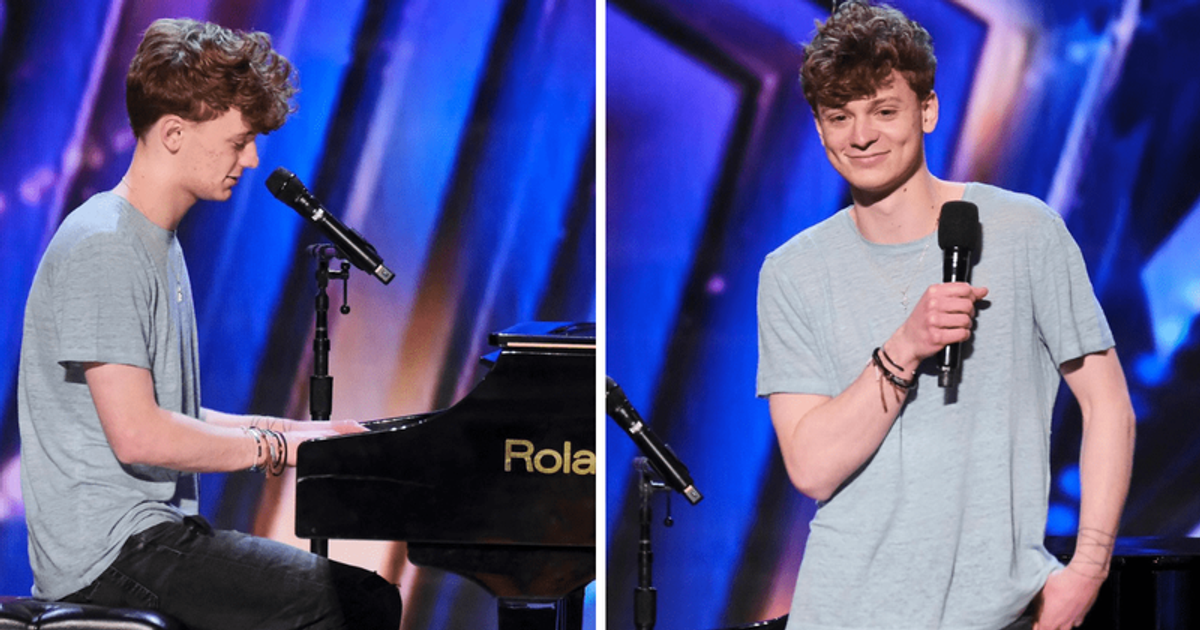 “You were amazing Kieran. You just earned a new fan and follower,” said one viewer

Kieran Rhodes, a resident of Burnt Hills, New York, dodged elimination and rose through the ranks on Season 17 of America’s Got Talent after delivering an intense performance of a song he wrote on the piano. After a painful performance, viewers at the NBC talent show praised the young songwriter.

Kieran appeared midway through Tuesday night’s two-hour NBC show, which showcased himself as a self-taught pianist and a student at Berklee College of Music. Simon Cowell, one of the judges, asked if it was difficult to get into Boston’s elite school without being a trained musician. Kieran noted that studying alongside people who had been training all their lives was scary. He also mentioned his desire to introduce himself to the world through “AGT”.

Kieran immediately sat down at the piano and began performing Billy Joel’s “She’s Got A Way About Her.” Simon cut him off midway and asked if he was composing his own songs. Kieran then sang an original song called “Disengage,” which he claims he wrote while suffering from depression. The song hit a different note with Simon and other judges, earning him a standing ovation. Sofia started off with “spectacular,” while Howie remarked that he was a star and Heidi said the melancholy in his singing was beautiful. Describing him as “very, very interesting,” Simon expressed optimism that auditioning and their yes votes will make his life better. In fact, Simon made a brief statement about his own difficult beginnings in music.

Backstage, Kieran remarked, “I can’t even describe how I’m feeling right now,” before sharing a video of an emotional hug with his mother, Mia Scirocco. Kieran has joined a long line of artists from the Capital Region trying to capture the hearts of the country. His performance left Twitter users speechless. Stunned by Kieran’s performance, one fan wrote: “You could hear a pin drop in our living room as Kieran Rhodes’ song ended. breathtaking. COMPREHENSIVE. #AGT.”

Another Twitter user compared Kieran’s performance to that of rock band The Fray. The tweet read: “I don’t watch scheduled programs unless I’m at my grandmother’s house and she brought me here to watch AGT. Kieran Rhodes reminds me of how I felt after hearing The Fray for the first time as a kid. I hope he makes it big.”

A fan went on to say they would buy his record after Kieran’s “heartbreakingly beautiful” performance. They tweeted: “You were amazing Kieran! I’m ready to buy your record! 🙂 This song was heartbreakingly beautiful.” Touched by Kieran’s performance, another fan wrote, “@KieranRhodes Thanks Kieran!!! Your song touched me and I cried. It was so beautiful #Disengage #AGT.” One AGT viewer joined the fanbase, writing, “You were amazing Kieran. You just earned a new fan and a new follower. @AGT #AGT.”

However, one Twitter user criticized the 19-year-old for his “feigned humility”. While praising Kieran’s overall performance, they tweeted, “Eh, Kieran Rhodes was… good. Good piano playing, well written song but absolutely unremarkable vocals in my opinion. He also has that false “humility” of people who want too much praise to appear humble. #AGT.”