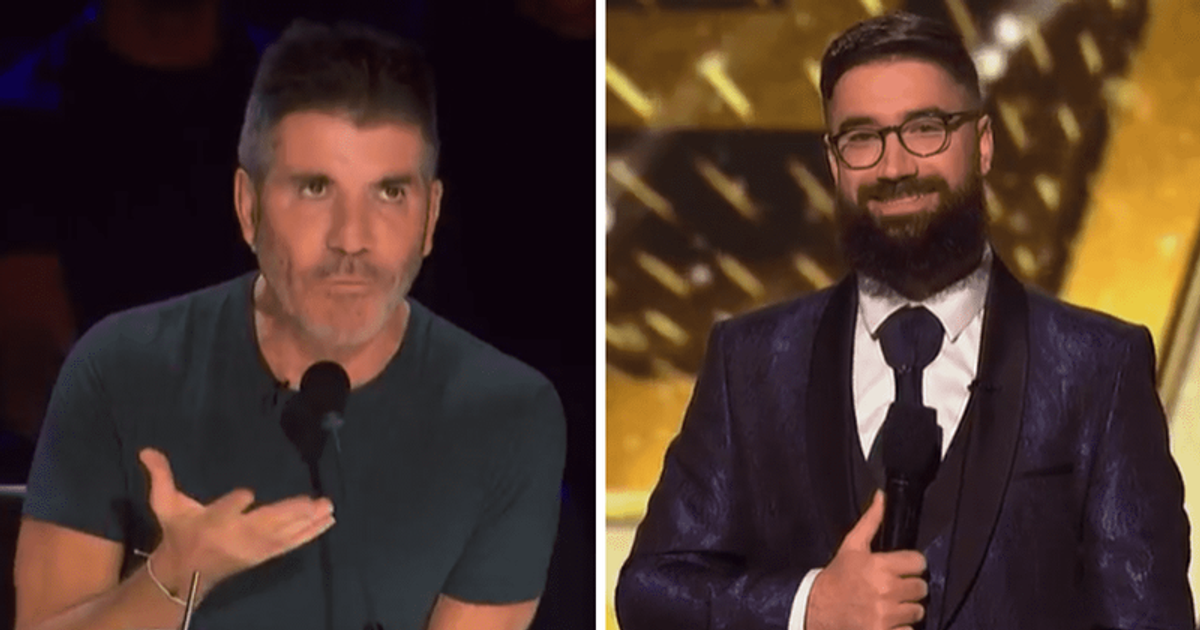 PASADENA, CALIFORNIA: In the latest episode of America’s Got Talent spin-off show AGT: All Stars, Simon Cowell sure got his fellow judges on fire. However, the majority of viewers at home seemed to agree with his decision.

Peter Antoniou, a British mentalist and magician, returns to the AGT stage after making it to the semifinals before being ousted in Season 16. Psychic Peter takes the stage to “prove” himself as an “All-Star”. Howie Mandel claims he saw the America’s Got Talent graduate perform in Las Vegas and thought it was incredible. Howie explained his passion for the act, which required the magician to read his audience’s minds.

The wizard instructs Howie to scribble a question on a piece of paper before tearing it up and throwing it away. “Will my son Alex find someone to marry anytime soon?” Howie wonders. Peter immediately recognizes that Howie means his son and answers the question correctly.

He selected Howie, presenter Terry Crews and a random member of the crowd for his next appearance and attempted to answer their questions in turn. Before he could complete it, however, he received the dreaded red X from Simon Cowell, leaving Peter shaken and fumbling about his statements at one point. He finally came to his conclusion, successfully delivering his performance, receiving a standing ovation from the crowd and Heidi Klum, and modest applause from Simon. Before delivering the remaining criticisms, Howie addressed his fellow judge and said: “Before I say anything, why? You are 100% wrong, Simon.”

Simon said: “Tell you what, it’s not always about the destination, it’s about getting there. And how you got there wasn’t very good in my opinion.”

The audience booed his statement as he speculated about a lack of showmanship, to which Heidi replied, “Really? I disagree, I think you have great showmanship.”

The duo continued to support Peter, stating that despite Simon’s persistence, the audience’s votes would almost certainly see him through. Even after the psychic left the stage, the three huddled together in a heated debate, and Peter joked to Terry that he was grumbling because Simon “is scared of what I know about him.”

Viewers on Reddit who questioned the legitimacy of the act commented, “Terry was so persuasive in picking up the ‘random’ girl off the floor.” Another person thanked Simon for banging him out: “I usually like it Mentalists, but this guy doesn’t do it for me for some reason. Thanks Simon for the much-needed red buzzer!” Commenting on how long the act took, another Redditor quipped, “Tick tock tick tock, c’mon, we’re in a time crunch.” While a fourth person added, “That can be faked so easily.”

Bored with his act, one Twitter user wrote: “God this guy sure can bore people. Give us some action!!!!” Another person who agrees with Simon wrote: “I’m w/@SimonCowell. Mind readers are so wrong! That’s stupid.” One Twitter user added, “Actually I think @SimonCowell’s buzzer is justified for @isyourmindsafe.” However, not everyone was happy with Simon’s reaction to the act either: “SIMON LOOKS SO FUCKING BORED AND UNAMUSED LMAO A*****E OFF.”

“America’s Got Talent: All-Stars” airs every Monday at 8/7c on NBC.