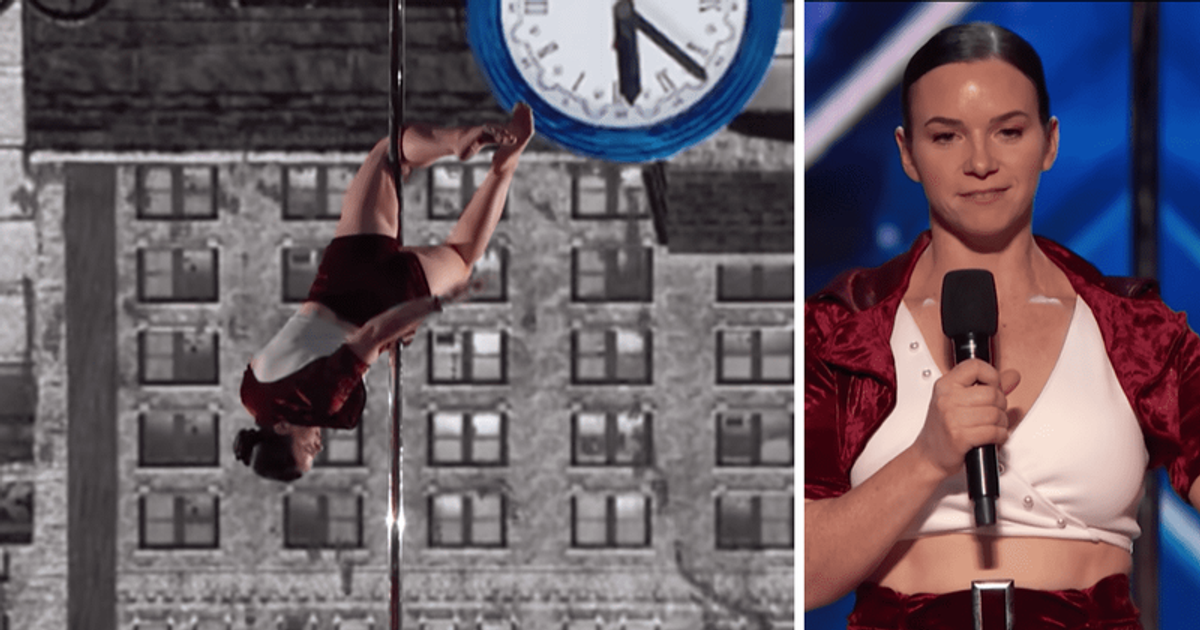 ‘Love that! Also loved that Simon was put in his place and then stood up to clap. So quick to judge and end up eating humble cake real quick,” said one fan

Love him or hate him, there’s no arguing that Simon Cowell is an excellent talent spotter! Over the years, the ‘America’s Got Talent’ judge has earned a reputation for being really harsh on the cast on the talent-hunting show, as well as for his occasional generosity of compliments to some of the acts. When Australian dancer and mother-of-three Kristy Sellars took the stage on the NBC show ready to demonstrate her pole dancing skills, Simon wasted no time in calling it “pointless.”

The judge leaned back in his chair and rolled his eyes even before Kristy began her performance. Despite Simon’s negative attitude and prejudice, Kristy persevered and delivered one of the best pole dance performances ever seen on AGT. She effortlessly fused art and storytelling in her performance, skillfully using and incorporating animated backdrops into her performance. When she was done, the judges, including Simon, were on their feet and gave Kristy’s impeccable talent and creativity a standing ovation.

While giving his feedback to Kristy, Simon admitted he wasn’t thrilled to see another pole dancer on the show, but Kristy’s ability to add a story to her performance blew him away. All four judges unanimously gave the Australian dancer a resounding yes and expressed an interest in seeing what she would do next. After watching Simon change his mind about Kristy’s performance, several fans took to the show’s YouTube page to slam him for judging Kristy without seeing her performance.

One fan commented: “A lot of us know that Simon is a really good talent scout and I don’t give him credit for that, but I don’t understand why he still gives some clients a hard time with his body language or his speech before they start , although Simon was surprised many times after underestimating some clients before their appearance. Please don’t judge her before her performances start Simon.” “Simon is always too quick to judge, he’s the kind of guy you don’t want to hang out with lol. She hasn’t even started performing yet and his reaction was like ” eh I don’t care,” while the other judges were looking forward to it. Simon you gotta judge by the performances, not before 😂,” wrote another fan. “Simon Cowell had his eye-rolling Susan Boyle moment. Don’t judge a person before they act. He should have known better,” added a fan. “I love that!!! I loved that Simon was put in his place as well and then stood up to clap.

Fans also praised Kristy’s flawless performance, which they felt “turned off” from Simon and his prejudices. One fan shared: “She ‘shut up’ Simon with this amazing performance. Beautiful and very creative. 🤗👍🤗.” “I really don’t like the attitude Simon has and this isn’t just the first act he’s reacted to like that!! The act was PHENOMENAL 😍,” commented one fan. “It was literally one of the most creative acts I’ve ever seen. Unbelievable! True story that you never judge a book by its cover…Simon,” one fan remarked. “I love how you could practically see Simon’s eyes rolling back in his head before she started giving her a standing O.” give. That was absolutely amazing!” echoed one fan.