Adam Lambert reveals secret in live chat: “Must not tell you!” 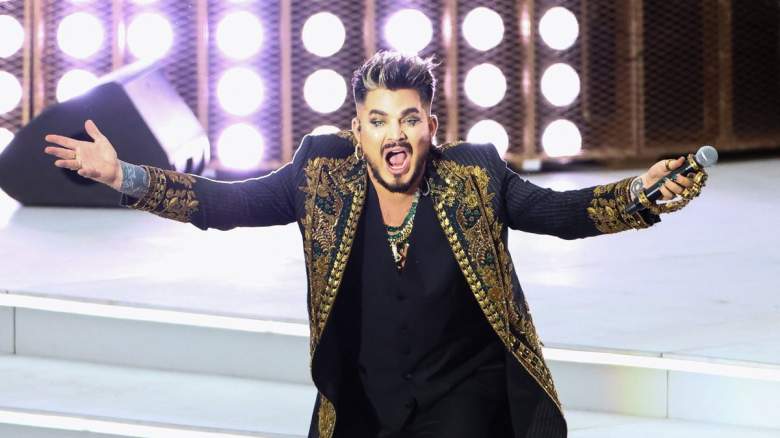 Adam Lambert could find himself in trouble with concert promoters after revealing a secret about his future plans during a live chat with fans. Lambert is currently touring Europe with Queen as the legendary band’s lead singer and launched a live Instagram session on July 18 while applying his eye make-up and preparing for tonight’s concert in Copenhagen.

One of the reasons for the live chat was to address three October concerts in Las Vegas that were just announced. But as he did, the 2009 “American Idol” runner-up also shared secrets about the shows.

Earlier in the day, Lambert posted a video of himself on Instagram to announce three late October concert dates titled “The Witch Hunt” at the Encore Theater at Wynn Las Vegas.

“Halloween is my favorite time of year and I’m thrilled to celebrate it with a gritty foray into my repertoire,” he captioned the video.

According to a press release about the production, “Lambert is known for his theatrical visuals and promises Encore Theater guests a spectacularly spooky extravaganza, complete with lavish costumes and his iconic glamor look.”

During the Instagram Live session, he told fans how much he loves having a theme for a show and applying it to his music and adding some cover songs to the mix. This is the second year in a row that Lambert will be performing Halloween concerts in Las Vegas and hopes to make it an annual event. Tickets for The Witch Hunt concerts scheduled for October 26th, 28th and 29th go to the general public on July 22nd.

However, fans may not have to travel to Las Vegas to see The Witch Hunt. Continuing his Instagram Live, Lambert shared his excitement at performing at the Wynn for the first time and asked fans if they had any questions. He waited quietly, continued to apply his makeup, and then exclaimed, “Oh!” He leaned into the camera and said, “I’m going to tell you something that I probably won’t be allowed to tell you.”

At the time of publication, there was no published information about additional Witch Hunt concert dates elsewhere.

After Queen wraps up her tour on July 25, Lambert will return to Los Angeles for some much-needed rest (the frontman admitted the whole band is tired) and looks forward to diving into other projects.

In addition to preparing for The Witch Hunt shows, he plans to work on a concept album for his upcoming musical and revealed that there is another “music project” to be released by the end of 2022. He stayed mum on details but told fans that once the tour ends, “I’m going to get in the studio.”

Fans on live chat were thrilled to hear new music was coming, and he thanked them for their loyalty since emerging from the whirlwind of “Idol” 13 years ago.

“Honestly, you guys have been so incredible, so loyal and sticking around through everything over the years,” he said. “‘I’m really trying to make it worthwhile for you. Because without you, where the hell would I be!?”