“Actor Jin”: Fans manifest BTS Jin’s acting debut after he attends the premiere of “The Hunt.” 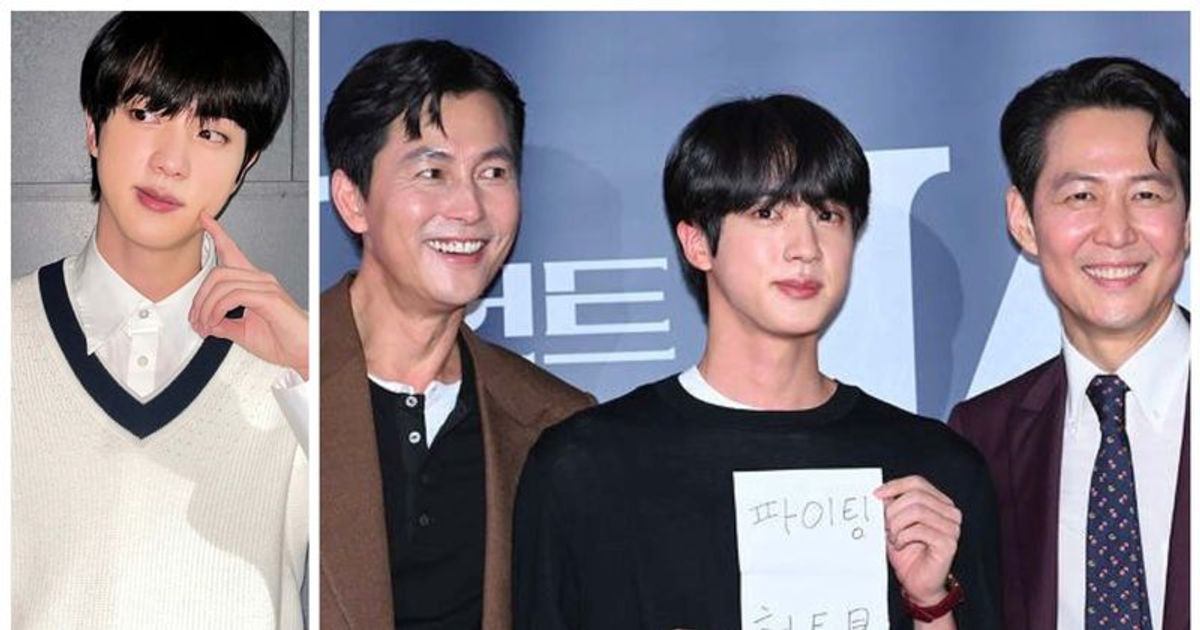 Fans think they’re getting closer to Jin, who is making his acting debut after dazzling fans at the film’s premiere of The Hunt

Just as the BTS ARMY awaits the birth of “Actor Jin,” it seems the oldest member of the boy band is about to make his own acting debut. BTS made its debut as a boy band in 2013, but Jin, the boy band’s steadfast vocalist, has always expressed his desire to be an actor. After the group announces their temporary hiatus to focus on their solo career, it’s finally time for Jin to make his acting debut.

It seems like the K-pop idol is starting to give rise to opportunities to transform into an actor. On August 3, BTS’ Jin attended the VIP premiere of The Hunt movie starring Jung Woo-sung alongside Lee Jung-jae from Squid Game. In recent months, Jin has been spotted with many of his actor friends, including Kim Nam-gil, who mentioned the BTS member in one of his recent interviews.

Then Nam-gil explained how he recently worked on a project with BTS Jin as well as Astro’s Eunwoo and Girls’ Generation’s Sooyoung. This left fans cheering for the BTS member in hopes that he would finally fulfill his longtime dream of starting his acting career. Now, following Jin’s recent film premiere, actor Jung Woo-sung shared an inside story that revealed Jin’s preferences. The actor said, “I met Jin by accident a while ago. We also joke about ‘Chairman Jin’ and ‘Chairman Jung’,” revealing that the idol wanted to play the role of a chairman in the upcoming film.

Meanwhile, “The Hunt” is a spy action-drama that unfolds in the face of a massive incident dubbed “Korea’s Assassination #1”. The film faces off against Park Pyong-ho (Lee Jung-jae) and Kim Jeong-do (Jung Woo-seong) of the National Security Agency, who suspect each other while trying to find a hidden spy within the organization with a shocking revelation.

The film is scheduled for release on August 10, but upon seeing Jin at the premiere, fans couldn’t help but wish the idol would make his debut in the coming days, too. One fan said, “When Seokjin debuts as actor Jin, he will fit into different roles.” Another said, “Actor Jin’s summoning circle.” One fan joked, “It’s ACTOR JIN now.” One fan said, “Armies, we are approaching the actor Jin.” Another added, “So happy to see Seokjin with his fellow actors actor Jin soon! KIM SEOKJIN AT THE HUNT PREMIERE.”

One fan joked, “Oh my god, actor Jin in romcom soon!!” We’re badly downhearted, but we’re the same people tweeting “Welcome home scammers” and posting a 7-second skit of Tae Imfao passed out crying.” Someone cut in: “Seokjin attended 2 premieres with Kim Namgil. Are we getting Actor Jin soon? Another pointed out, “Jin has an actor face and I’m not saying he’s my bias, he really has all the looks and talent KIM SEOKJIN AT THE HUNT PREMIERE.”