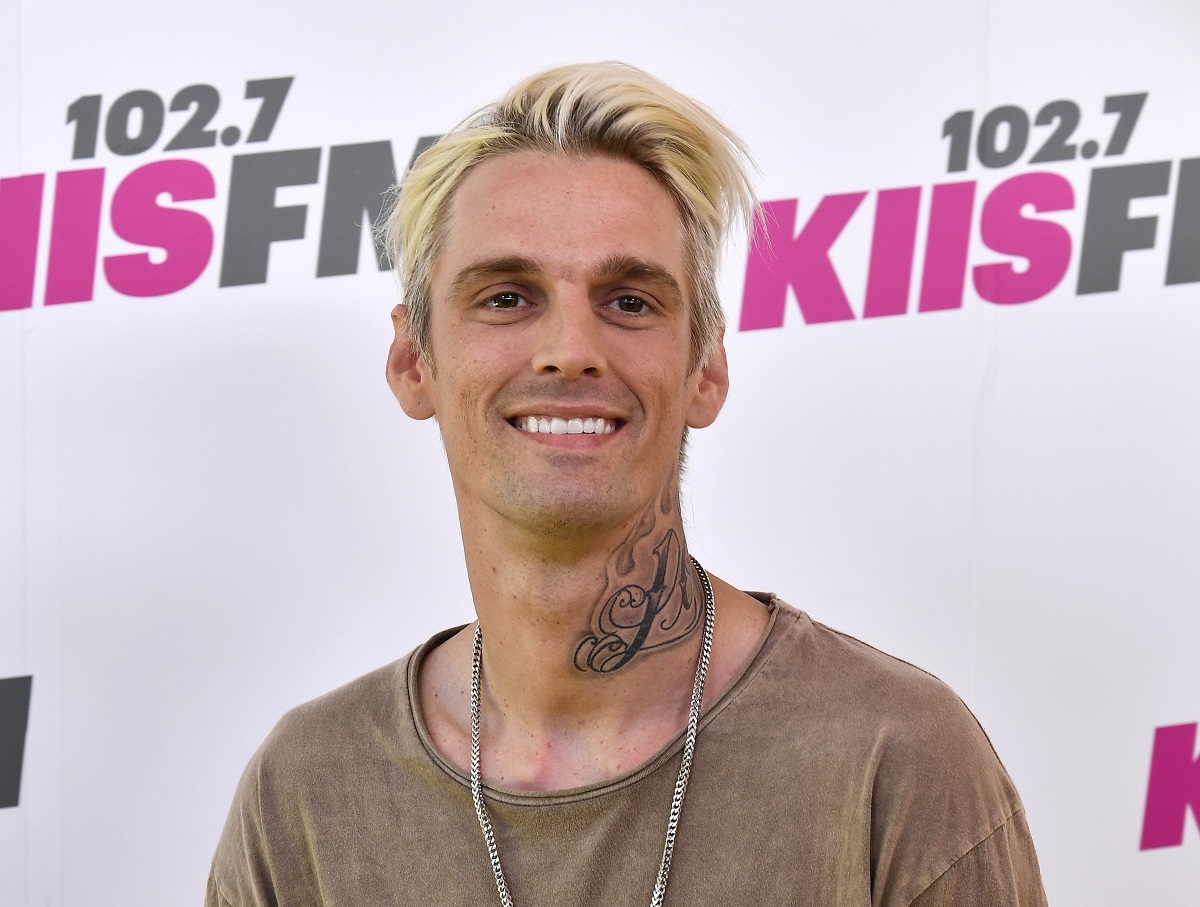 On November 6th came the sad news that Aaron Carter, singer, songwriter, reality TV personality and younger brother of Backstreet Boys member Nick Carter, was found dead in the bathtub of his California home. He was 34.

As fans and those who knew him mourn the loss, a book the star was working on before his death is making headlines and sparking controversy. In the memoir, Carter tells a story about what happened one night in Michael Jackson’s bedroom, and many fans now believe he was referring to it when he said the King of Pop did “something inappropriate once.”

In 2019, Carter joined the cast of Marriage Bootcamp: Reality Stars Family Edition to work through his relationship with his mother Jane. During a post-show interview, Carter spoke about another complex relationship he had, and that was with Jackson.

“Michael was a really good guy as far as I know,” Carter said, according to Us Weekly at the time, before adding, “He never did anything inappropriate except once. There was one thing he did that was a little bit inappropriate.”

The “I’m All About You” singer didn’t elaborate on what the inappropriate thing was, but continued to defend the “Thriller” artist.

“Michael was an amazing man,” Carter said. “All the people who have ever said anything about him are just all full of crap. I was there with Michael and I know him. I know his real face. I got so much hate when I said Michael Jackson passed the torch to me. You can tell I have his jacket. I have his glove. I have a lot of his stuff – memorabilia I would never tell you about, sitting in a vault.”

Before his death, Carter worked with Andy Symonds of Ballast Books on his all-encompassing memoir. The New York Post received a copy of AAron Carter: An Incomplete Story of an Incomplete Lifewhich was to be published posthumously on November 15. In it, the “Aaron’s Party (Come Get It)” hitmaker detailed something inappropriate Jackson allegedly did while staying at Neverland Ranch.

“Michael and I walked into the main house alone and went to his sleeping quarters,” Carter wrote, recalling what he thinks happened one night after Jackson’s birthday party. “After a while I said I was ready for bed. I hadn’t really thought about where I was going to sleep. Obviously there were tons of rooms in the house. But he pulled this crib next to his already made bed. I never asked for the crib but there it was. I didn’t care. I was tired. He turned off the light and got into his bed and we went to sleep.”

“A few hours later something woke me up. I sat up and found Michael at the foot of my crib in his skintight white underwear,” Carter claimed. “I don’t know if he was sleepwalking or what, but he seemed to be still asleep. “What the hell!?” I yelled, shaking him a little to wake him up. ‘Go back to your bed!’ He just mumbled ‘OK’ then lay back in his bed and we both fell asleep again. I never asked him about it and we never mentioned it. When I woke up in the morning he was gone from the room.”

TIED TOGETHER: Aaron Carter claimed he made a lot of money from OnlyFans before his untimely death

The controversial book also features intimate stories about other stars, including Carter’s ex-girlfriend and actress Hilary Duff, who was critical of the unfinished memoir’s release at the time, and she’s not the only one. After backlash from the Lizzie McGuire Star, Carter’s fans and family, the editor released a statement via The Post, which read: