A “Voice” star won’t be with their kids on Thanksgiving 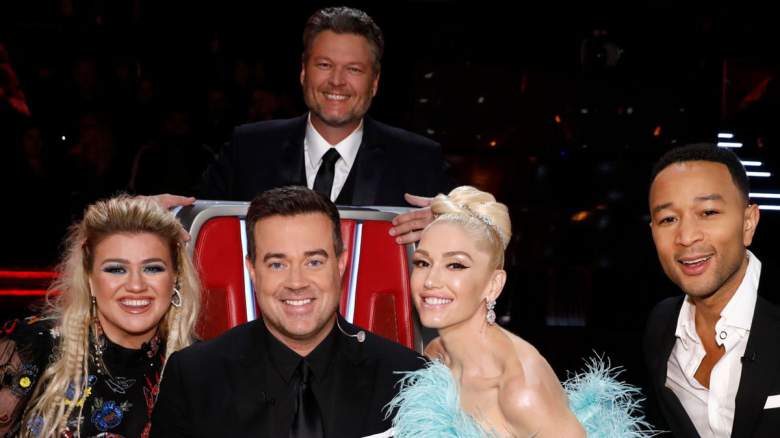 A “Voice” coach will be alone on Thanksgiving — Gwen Stefani’s three sons are spending Thanksgiving with their father, Gavin Rossdale, so this year only Stefani and her husband, Blake Shelton, will be carving the turkey.

Rossdale and Stefani were married from 2002 to 2016 and had three sons during that time — Kingston, 16, Zuma, 14, and Apollo, 8. with E! News on the red carpet for the 2022 American Music Awards that it’s his turn on Thanksgiving 2022 to carve the turkey and serve pumpkin pie for the kids. But it won’t just be the four. Rossdale is hosting 14 people for Thanksgiving this year.

“I’ve got my boys this year – I’m swapping that out – so I’ve got fourteen guys for lunch or dinner this year. So we do that and try to fill everyone up and have a great time. It’s so nice because it’s the only holiday where there’s no pressure of gifts,” Rossdale said, adding, “Christmas, you’re always like, ‘Oh my God, the pressure,’ but there’s no pressure here , except you don’t have to mess up cooking.”

Rossdale said that on Thanksgiving it’s important to “express who and what we’re grateful for” because “gratitude is everything.”

In addition to his three sons with Stefani, Rossdale also has a daughter named Daisy Lowe, a model, from his relationship with singer/songwriter and designer Pearl Lowe.

Stefani and Shelton will probably be able to celebrate Christmas with the three boys in December. Shelton said in a February 2021 interview with KFROG that he takes his job as her stepfather very seriously.

“I don’t know if it’s that hard or harder than being a real, biological parent, you know?” Shelton said. “I have a stepfather in my life who is one of my heroes. I love my stepfather and I look up to him and he is like a father to me so I have a good inspiration in my life for how to do that and what kind of stepfather I want to be.”

“I take it very seriously. But I’m also having a lot of fun with it, I’m not going to lie,” he continues. “I don’t take it too seriously that I’m not enjoying this time because I really do, especially now that we’re five years into this. I can no longer imagine my life without these children.”

Also on the American Music Awards red carpet, Rossdale told “Entertainment Tonight” that the #1 lesson he and Stefani teach their sons is to treat people how you’d like to be treated, and he’s proud to the people his sons will become .

“I think we treat people the way we want to be treated, no matter who they are, creed, color, whatever. I have good children, I feel good about them. They’re good people,” Rossdale said.

This goes hand-in-hand with his new album The Art of Survival, the ninth studio album by Rossdale and his band Bush.

“I hope that [the message of the album is] The common sentiment of everyone has been through so much over the past few years, so it’s ‘The Art of Survival,'” the singer shared. “Actually on [song] “More Than Machines” I’m referring to girls being in control, not the government, it’s the idea of ​​protecting women and women’s rights. Everyone’s rights, really. I am in favor. I’m from London so we believe in diversity.”

He also said he has “great memories” of the American Music Awards, specifically the time he performed with Carlos Santana at the 2010 AMAs show, which was “a beautiful experience.”

“The Voice” currently airs Mondays and Tuesdays at 8 p.m. Eastern and Pacific Time on NBC. It will return to its 23rd season in Spring 2023.