A scene from Seinfeld is the internet’s new favorite meme 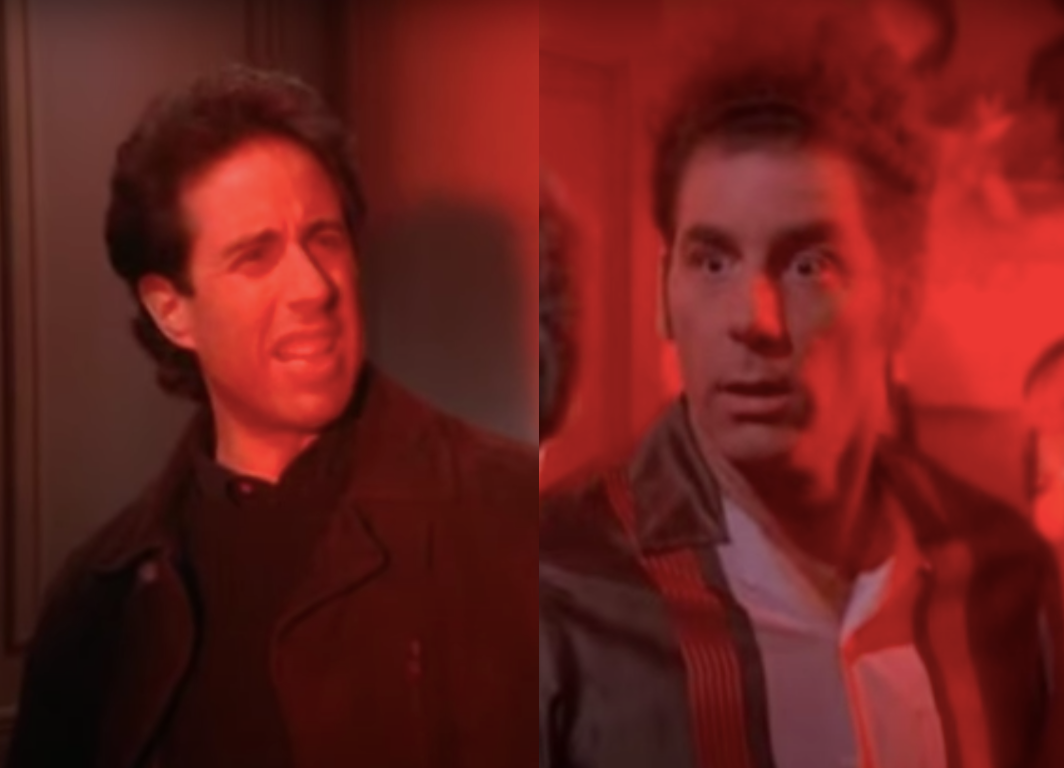 The meme involves two screenshots from a very short scene from the His field season 8 episode ‘The Chicken Roaster’ where a Kenny Rogers Roasters chicken shop, complete with its big red sign opens up across the street from Kramer’s apartment.

A new meme has gotten a hold of Seinfeld and pop culture obsessives on Twitter and it might already be the best meme of 2022.

Jerry, Kramer’s neighbor, notices that there is an intense red light emanating from the apartment so he knocks on the door and asks: “What’s going on in there?” Kramer then explains it’s just the light from the chicken shop and that’s that.

However, meme creators have taken this otherwise funny but throwaway scene and taken it to the next level.

By simply changing the color of the light and adding an extra screengrab of a movie or TV shows, the scene has now come to reference everything from The Matrix to Succession and Italian horror films and even the Eiffel 65 classic ‘Blue’.

Trust us, some of these references are very, very niche.

According to the meme, database Know Your Meme, this all started in October when Twitter user @_quietleader_ used the template to make a reference to Dune.

Just a few weeks into 2022 and we might have already found this year’s equivalent of that Star Wars meme.